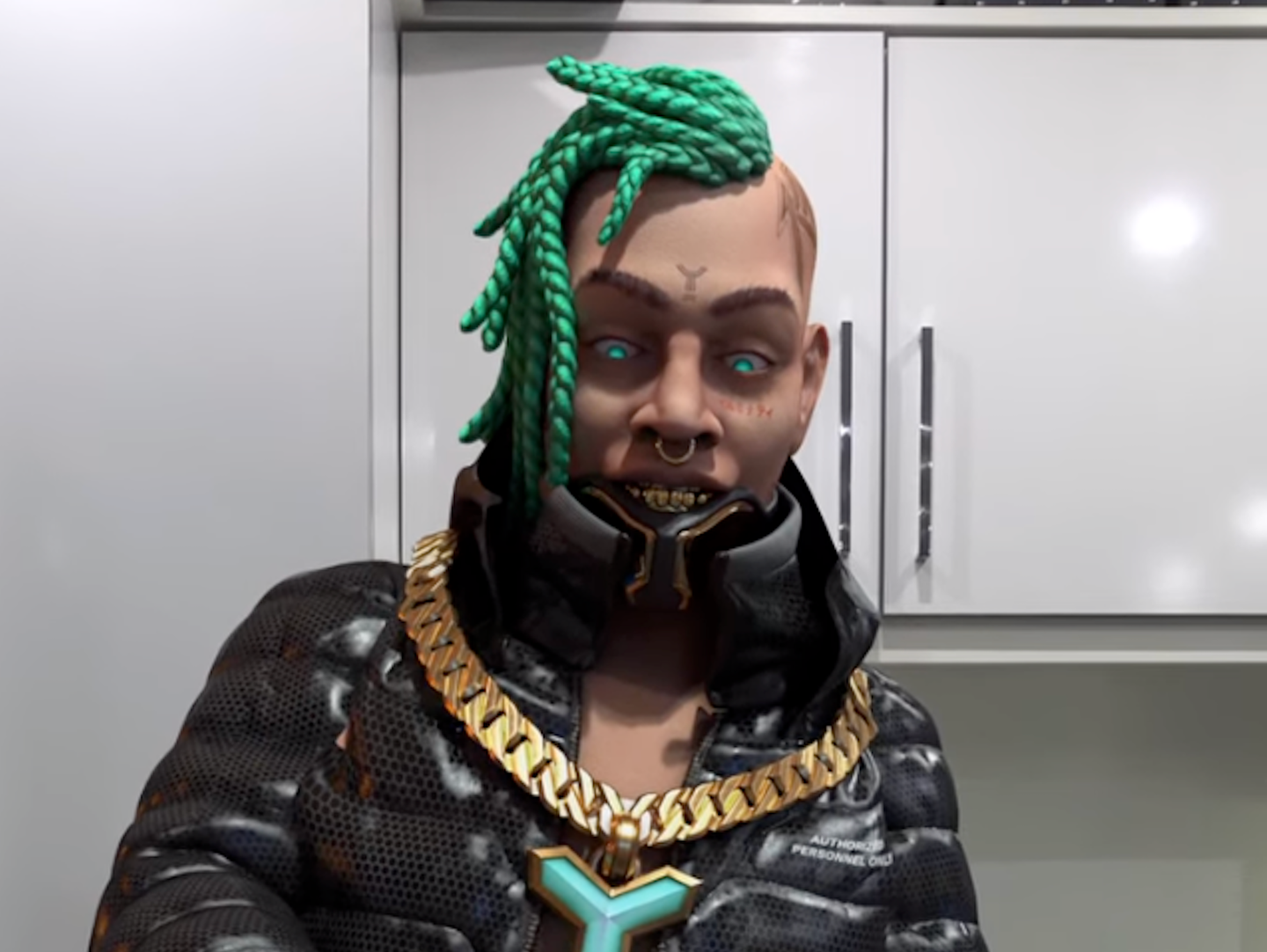 In one of the most dramatic, rapid rise and falls in recent music history, the rapper FN Meka has been dropped by his record label less than two weeks after Capitol Music Group first announced the deal, citing a horrendous online paper trail of racist, offensive, and culturally insensitive content. FN Meka garnered a massive social media presence since his debut in 2019, garnering over 220,000 Instagram followers atop another 10.3 million on TikTok, but it only took a few days’ worth of viral backlash for the performer to fall from digital grace.

FN Meka isn’t “real,” in so much that he is a sentient person He’s an AI-generated rap avatar created by Anthony Martini and Brandon Le back in 2019 that relies on proprietary music technology from an industry development company called Vydia to generate beats, melodies, and even lyrics “created using thousands of data points compiled from video games and social media” that are subsequently rapped by anonymous human for actual songs. Singles like “Moonwalkin’” and “Florida Water,” the latter of which even has a music video featuring guest spots from actual, human rappers, have garnered millions of listens.

But while FN Meka’s data points derive from human emotions and experiences, the end-result has long been an uncomfortable, socially tone-deaf project whose avatar raps and posts to social media about its “experiences” with the prison industrial complex, police brutality, and racism. After Capitol’s announcement earlier this month, one of FN Meka’s Instagram entries in particular went viral due to its absurdly insensitive content clearly designed to explicitly reference real Black men’s trauma.

Industry Blackout, a nonprofit dedicated to pursuing racial equity within the music business, called out Capitol’s decision to enter into a partnership with Martini and Le’s Factory New imprint via social media earlier today. “While we applaud innovation in tech that connects listeners to music and enhances the experience, we find fault in the lack of awareness in how offensive this caricature is,” the group said in a statement. “It is a direct insult to the Black community and our culture. An amalgamation of gross stereotypes, appropriative mannerisms that derive from Black artists, complete with slurs infused in lyrics.”

Speaking with The New York Times yesterday, Martini still chose to defend his creation but anticipated Capitol’s backtrack, blaming “blogs that have latched onto a clickbait headline and created this narrative.” He also cited FN Meka’s human voice as belonging to a Black man, and praised the people behind the project as “actually one of the most diverse teams you can get—I’m the only white person involved.”

[Related: This new AI tool from Google could change the way we search online.]

Capitol, for its part, is taking a more apologetic tone during the fallout. “We offer our deepest apologies to the Black community for our insensitivity in signing this project without asking enough questions about equity and the creative process behind it,” the company said in a statement. “We thank those who have reached out to us with constructive feedback in the past couple of days—your input was invaluable as we came to the decision to end our association with the project.”

It’s unclear what will become of FN Meka moving forward, along with the technology behind him. Even devoid of its problematic underpinnings and culturally appropriative foundations, creating a completely artificial artist and brand has huge implications for both the entertainment industry and creative labor in general. The discussions surrounding integrity, originality, and innate humanity within AI-derived art are as endless as its possibilities to go horribly, uncomfortably awry.

“The question was: How do we break an avatar as if it was a real artist and not a spectacle? It unfortunately turned into a spectacle anyway,” Martini said in his discussion with The New York Times. “… Some of the early content, now if you take it out of context, it obviously looks worse or different than it was intended.”