Atlas is one step closer to being a real world Transformer. 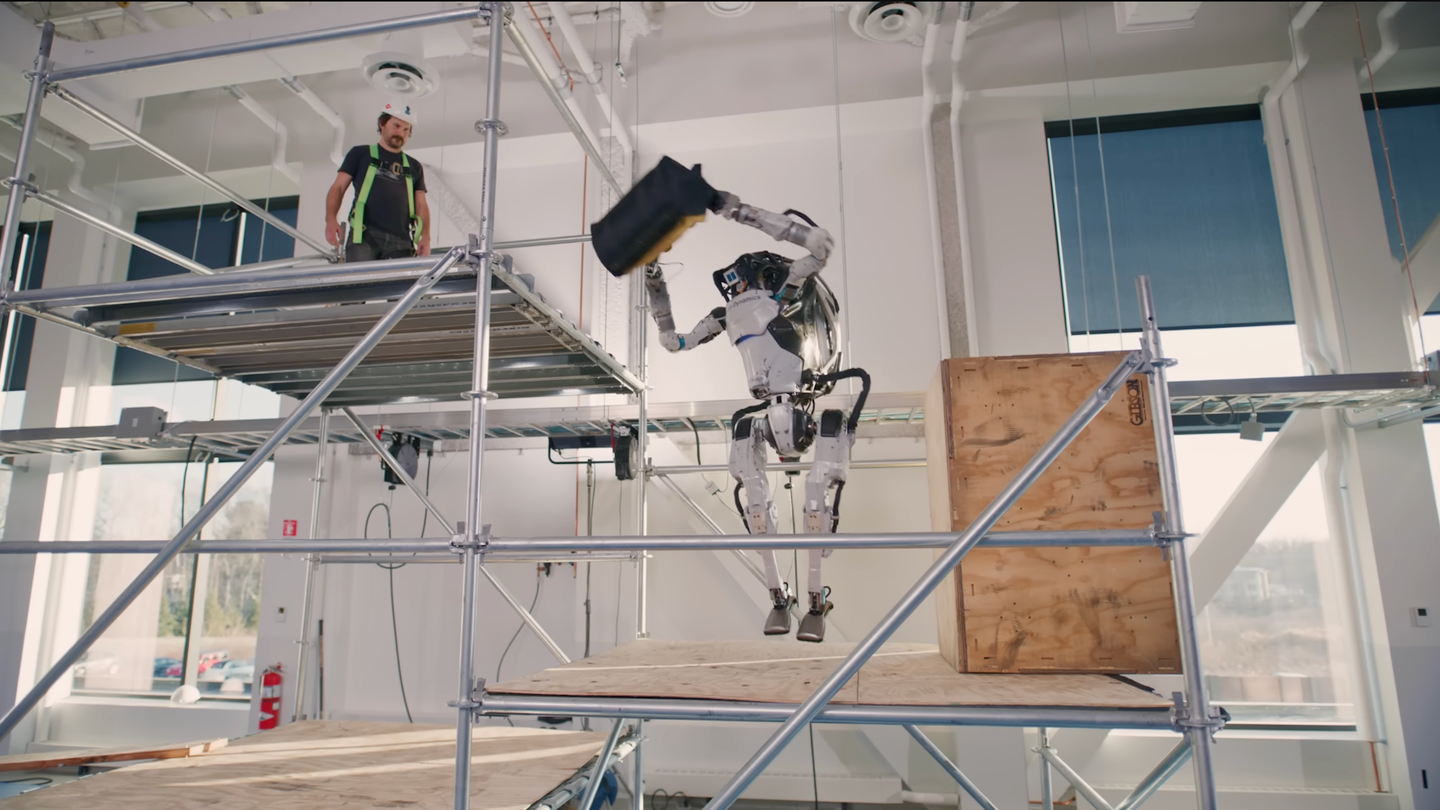 Boston Dynamics’ Atlas prototype puts pretty much every other bipedal robot out there (but especially this one) to shame. Although not currently available for purchase, the company’s two-legged research and development platform has consistently impressed the internet for years with ever-improving feats of mobility, coordination, and even TikTok-esque choreography. The company’s latest showcase, however, might be its most jaw-dropping demo yet—until Boston Dynamics releases its next video clip, of course.

The brief sequence required a bit of staging, but Atlas’ new “hands” quickly showcase why the upgrade is a major advancement for the robot. As TechCrunch notes, both its claw-like appendages consist of one fixed and and one moving finger designed for “heavy lifting tasks,” something quite on display during the minute-long demonstration. During that time, Atlas manages to pick up a 2×8 wood beam and place it as a makeshift bridge between two blocks, grab a toolbag, ascend stairs, and traverse gaps. It then tosses its toolkit up to a human above it before then concluding with an “inverted 540-degree, multi-axis flip,” which Boston Dynamics explains “adds asymmetry to the robot’s movement, making it a much more difficult skill than previously performed parkour.”

Perhaps anticipating skepticism of the authenticity of Atlas’ new moves, Boston Dynamics also released a far more in-depth, behind-the-scenes look at all the work that went into designing and pulling off its newest abilities.

Part of Atlas’ computational strength lies in its camera system, which relies on both a visual camera as well as a depth camera that actually measures photons’ time of flight to estimate distances. The robot also utilizes something called model predictive control, which developers liken to the human body’s ability to anticipate what it needs to do for impending tasks—such as the heart speeding up slightly ahead of standing up from a seated position.

“The robot is doing exactly the same thing,” explains one Boston Dynamics developer. “It’s thinking, ‘How hard do I need to push with my right foot so that, one second from now, I’m not falling over?’”

Fair enough, Atlas. Just give everyone a heads up before you start being able to lift and toss people around like that toolbag.