A new alternative to rocket fuel? 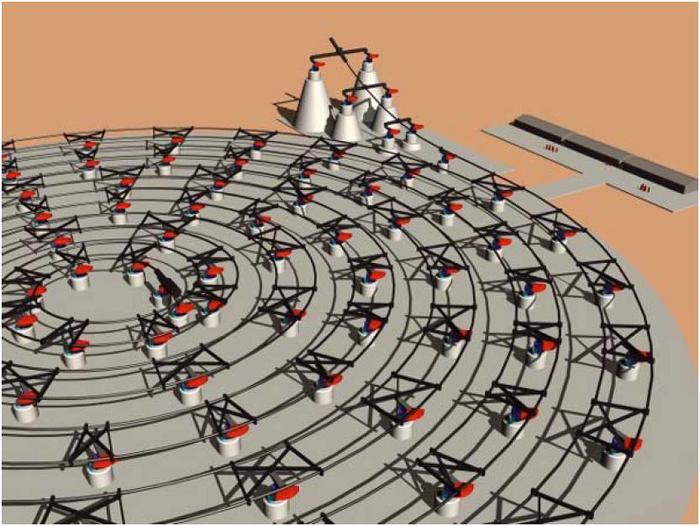 It’s very expensive to put things into outer space. So HyperV Technologies, of Chantilly, Va., has begun a Kickstarter campaign that hopes to pioneer an electrically powered and slingshot-inspired alternative, with the goal of greatly reduced launch costs. It’s called the Slingatron, and backers have already donated more than $12,000.

Rocketry is the classic, tried-and-true method for getting things into space, but it’s not without drawbacks. Rockets are one-way tubes, filled mostly with explosive fuel, designed to have a good thrust-to-weight ratio and deliver a small cargo into orbit. Once a stage of the rocket has spent its fuel, it drops off into the sea, letting the craft continue farther and lighter. Reusable rockets, like SpaceX’s Grasshopper design prototype, offer a better value than disposable rocket stages, but they still use expensive rocket fuel.

The Slingatron, instead, would launch things into space with hardly any rocketry involved at all. Cargo units would each have a little rocket, for course corrections once in orbit, but getting into space would be by the Slingatron’s own power. The inspiration for the design comes from slings, a weapon common in antiquity and made famous by the story of David and Goliath.

The Slingatron mimics the spiraling acceleration of a sling, but otherwise appears very unlike the classic cloth weapon. Instead, it consists of a fixed metal coil on top of a gyrating platform. Because of this gyration, the Slingatron is not designed for especially fragile satellites (or humans), as this type of acceleration involves a dangerous amount of gravitational force. HyperV Technologies has an 8 second video showing the concept in action:

The Slingatron track doesn’t itself spin, but because its motor gyrates at between 40-60 cycles per second, it imitates that effect for the cargo. Once the Slingatron is moving at speed, the cargo is released into the track near the center of the spiral, and the gyrations send it moving faster and faster outward, like a roller coaster going through hoop after hoop but still gaining momentum. A special “plasma film” forms between the payload and the track, much like how water on a slide makes the ride faster. When the cargo reachers the end of the Slingatron track, it is launched upward and flies away at high speed.

In the first video above, a prototype Slingatron launches a 1/2-pound steel block more than 325 feet per second. The Kickstarter project wants to make a much larger version, both to demonstrate the technology and smooth out the kinks before firing objects off into space.