Conscientious Galaxy Uses All Its Fuel To Make New Stars, Leaving No Waste Behind

This newly spotted galaxy is the least profligate galaxy ever seen. 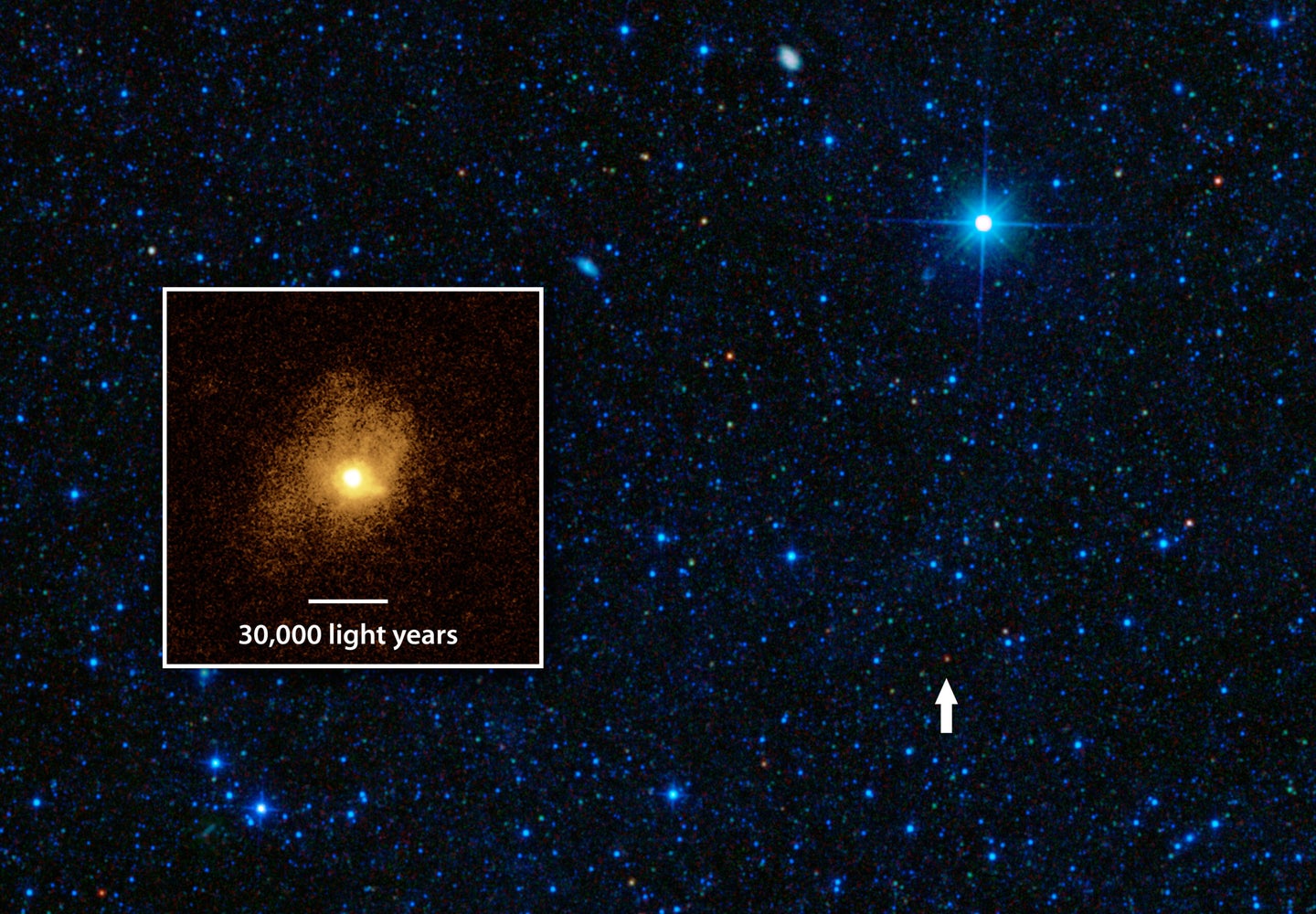 A newly found faraway galaxy called SDSSJ1506+54 is the most efficient star maker ever seen, using up almost all of the gas available to it. Other galaxies are more profligate with their gas, only using some of it and leaving the rest just lying there.

Stars form when collapsing gas clouds condense so tightly that they ignite nuclear fusion. In the Milky Way, the gas is relatively diffuse, with stars clustered in small pockets throughout the loose tendrils of its spiral arms. But in SDSSJ1506+54, everything is very compact, with most of the galaxy’s light streaming from a region just a few hundred light-years across, according to new research. Put another way, the galaxy is emitting starlight from an area just a fraction of the size of our own galaxy, but it’s making stars hundreds of times faster. It’s so fast, it’s at the theoretical speed limit for this process–any faster, and newborn stars would blow away too much gas and deny the births of their brethren.

Astronomers only noticed it because it is so glaringly bright in infrared, which is the light range where NASA’s Wide-Field Infrared Survey Explorer telescope has been combing the skies. Its brightness in infrared is equivalent to more than a thousand billion times the energy of our sun, according to NASA. Astronomers decided to take a closer look, which they can do using sensitive radio telescopes that can perceive very long wavelengths of light.

Using the the IRAM Plateau de Bure interferometer in the French Alps, astronomers were able to detect telltale signs of the galaxy’s carbon monoxide, which is an excellent tracer for star formation. Then they were able to measure its mass and find out its efficient gas consumption. Their work is published in Astrophysical Journal Letters.

Within a few million years, this will all be over, however–the gas will be used up, and SDSSJ1506+54 will be a big elliptical galaxy. Then the star-formation will have to wait until old stars die and become supernovae, spewing their gas into the cosmos for the process to start again.