With the release of a new feature film about the nation's 16th president, we revisit a 1957 PopSci article on Lincoln's heroic efforts to modernize the science of war. 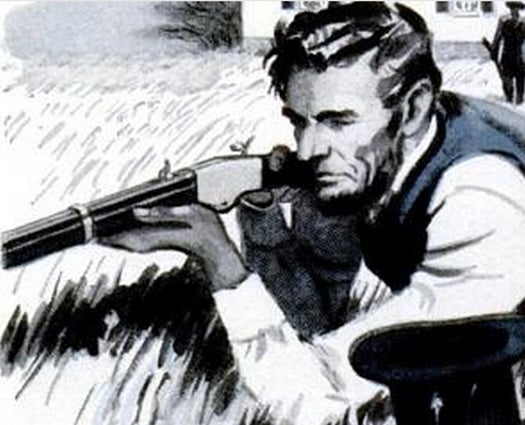 In between shots of soldiers meeting their brutal end and Sally Field being the most perfect Mary Todd Lincoln of all time (besides maybe MTL herself), the trailer for Steven Spielberg’s Lincoln, a war drama in theaters everywhere November 16, presents Honest Abe as an honest badass. “I am the President of the United States of America…clothed in immense power,” he declares, because if you’re going to abolish slavery you have to be the toughest dude in the room. In our 1957 issue, PopSci celebrated Lincoln as the awesome war scientist he was. We wrote about how the great emancipator tested out and helped create at least a rudimentary form of most of the weapons we knew in the mid-20th century.

Lincoln’s crowning achievement in the history books is the Emancipation Proclamation–even though the executive order didn’t actually make slavery illegal or give slaves any rights. The fact remains that Lincoln won the Civil War and kept the union together, and catalyzed the dissolve of slavery.

It wasn’t just dumb luck. Lincoln took his title of commander-in-chief seriously, helping develop modern weapons to give the North a fighting chance. The president was really into inventors. He talked to them, encouraged them, and tried out their weapons until they produced the desired result. During the war, Lincoln’s government issued 16,000 patents while the South only issued 266. 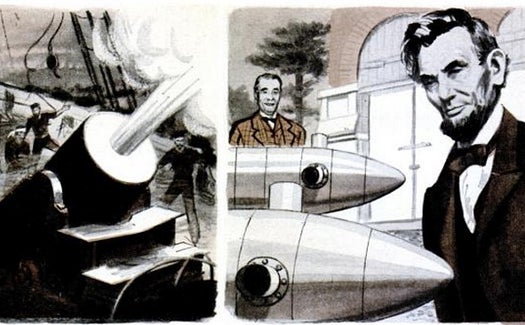 See Lincoln hanging out with these cool weapons? The president knew a thing or two about tinkering and technology because of his log cabin background. Growing up in the backwoods primes you for being creative with tools. That’s why Lincoln was down to whittle gunsights for Spencer Carbines, a long-range gun, and test them to see how useful they would be for soldiers. On the right side of the above image, Lincoln turns a crank on a machine gun that he calls the coffee-mill gun. The Union used this weapon in 1862 against the southern cavalry, who totally forfeited the game and ran away. 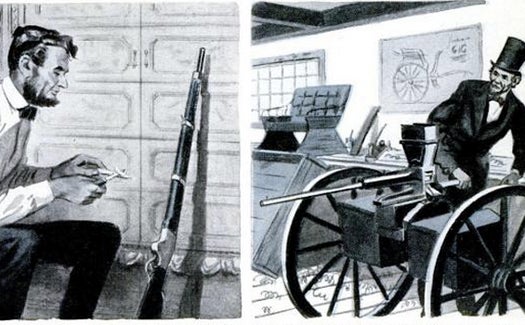 Read the full article, How Lincoln Modernized The Science Of War.