Today On Mars: Curiosity Entertains The Idea Of An Escorted Return Trip To Earth

NASA's chief of Mars exploration suggests that a manned mission to Mars in the 2030s or 2040s could return the robotic relic to Earth. 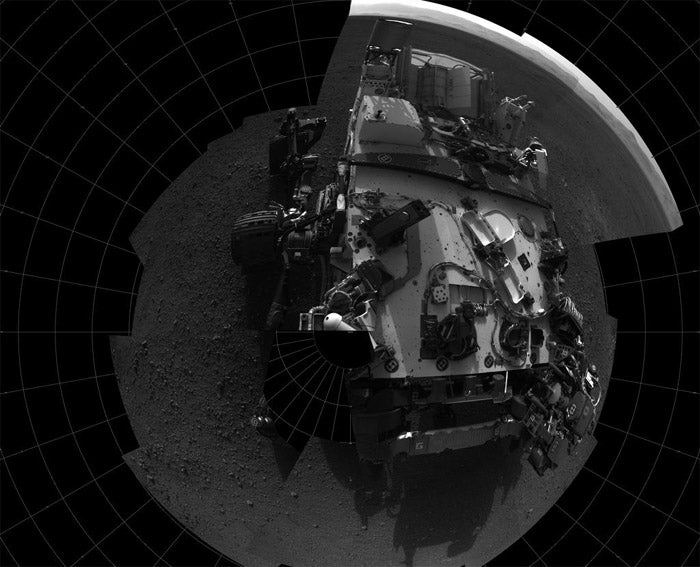 Mars Rover Curiosity’s mission is slated to run for just two Earth years, but the directory of NASA’s Mars Exploration Program thinks it could have enough power to run for two decades. In fact, he says, Curiosity may actually return to Earth someday.

Not under it’s own power, of course. But NASA’s Doug McCuistion says it is his personal hope, if not that of the entire Mars team NASA, that humans will touch down on the Red Planet in the 2030s or 2040s. And if they do, there’s no reason why they might not pay a visit to some of the hardware we’ve left behind there. Some museum would likely be thrilled to have Curiosity, so why shouldn’t a manned mission bring it back to Earth?

Not to completely rain on McCuistion’s parade, but one obvious reason is weight. One can certainly imagine a manned mission to Mars landing a couple of decades from now, but it’s hard to imagine the return mission wasting payload capacity on a man-made rover when it could be returning sample materials native to Mars. Nonetheless, it’s nice to think we might someday safely return our rover to Earth if for no other reason than to say that we have the capability to do so.