Would You Ride This Pencil-Shaped Capsule To Space?

The amateur rocketeers at Copenhagen Suborbitals are getting closer and closer to orbit, testing a new bi-liquid fuel combination for... 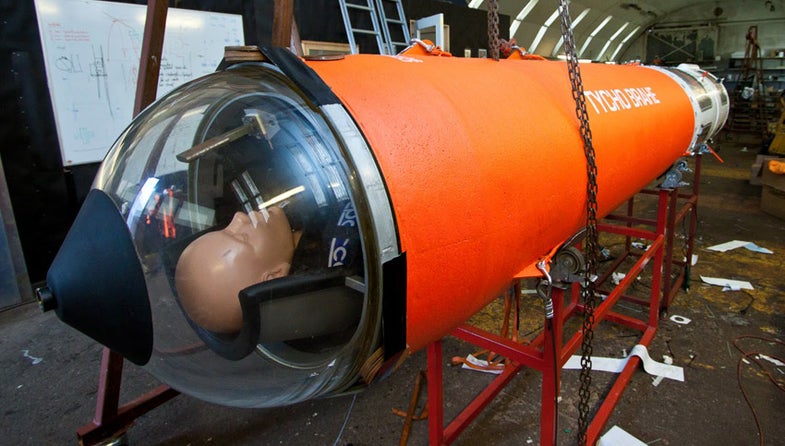 The amateur rocketeers at Copenhagen Suborbitals are getting closer and closer to orbit, testing a new bi-liquid fuel combination for a hand-built, donation-funded, non-profit rocket. The group tested its alcohol- and liquid oxygen-powered TM65 rocket over the weekend, the largest amateur bi-liquid rocket in the world.

The test fire lasted about 30 seconds, turning 700 liters of propellant into raging power. Watch in the video below (careful if you’re wearing headphones!)

Eventually, rockets like the TM65 will launch the Tycho Brahe capsule, seen at the top of the page, sending a single passenger to the boundary of space. Flying in a capsule no larger than an MRI machine sounds just a bit terrifying, but at least it will contain a very comfy-looking custom leather seat. The goal is to build a privately financed, amateur-designed space transport system, to prove you don’t need huge government funds to reach space.

Copenhagen Suborbitals launched its first rocket this time last year and has been making tweaks to its designs. The company has been looking at hybrid propellant rockets, including epoxy resin and nitrous oxide, but it turns out the bi-liquid fuel type solves some of the rocket’s oscillation problems, which were an issue during its first launch. Kristian von Bengtson, one of the company’s founders, said in a blog post that further tests are planned for this summer. Meanwhile, watch the new rocket roar here (around the 5:35 mark).