Do You “Possess” What You View Online? 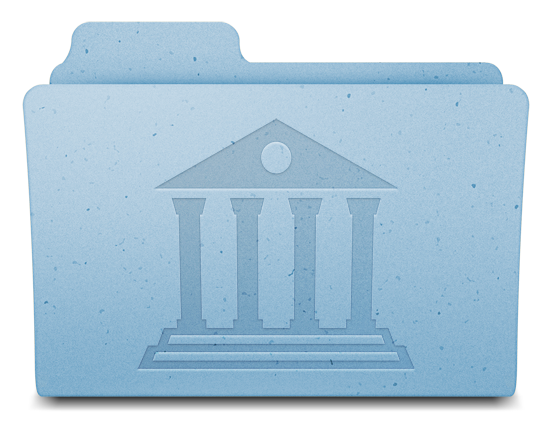 In a ruling yesterday, the New York Court of Appeals dismissed several counts of possession of child pornography charged to college professor James D. Kent, after a computer he brought to university IT for anti-virus service was found to contain child pornography in its browser cache.

For those specific counts–he’s still going to jail on other, related charges–Kent was found to have not committed an “affirmative act” such as downloading, saving, or printing the image files in order to “possess” them; rather, they were passively saved by his browser in its hidden cache.

This may sound like a minute technicality, but it’s in fact a revealing comment on the way we consume today’s web. It all comes down to one very new problem: the concept of what we “possess” online is based on the increasingly outdated concept of the digital “file.” What happens to the law in a streaming, cloud-connected world? A world where there are no more “files”?

Throughout internet history to date, there has been a distinct difference between viewing and possessing. Looking at a Far Side cartoon on a Geocities web page is different than printing it out and thumb-tacking it to your cubicle door. Simple. But as connections have sped up, hardware has gotten faster, and the internet on our phones has become equally if not more usable than the one on our computers, that line has all but disappeared. When you have constant, high-speed and portable access to the entire internet–text, photo, video–why do you ever need to download it?

Child porn is an extreme example, but many of us are guilty of breaking the law with more innocuous, but still illegal, material. Copyright violation is much more common–rampant on the web, even–and the laws surrounding it are murky at best, contradictory and useless at worst. You can buy a used CD or book in a shop or off of Craigslist, performing a perfectly legal transaction. You can lend your friend a CD or book for free, also perfectly legal. But try to do the same general act online, using something like BitTorrent? You’ll find yourself on extremely shaky legal ground, in which you may or may not be eligible for a fair use exemption, may or may not be prosecuted, and may or may not be convicted. And that’s for downloading actual files, which is much simpler to paint as “possession” than something like streaming.

We’re moving to a time when we may not ever have to “download” anything, at least by the old definition (which is actually just copying a file from one place to another). What about streaming? Though streaming is technically downloading–you’re just watching it in real time as it downloads, and then neglecting to keep the file once you’re finished–the law views “downloading” as possession, and streaming as something…else. Copyright holders see a difference here too–there’s a reason it costs more to “purchase” and download a movie on iTunes than “stream” it via your monthly Netflix subscription. But Netflix, Hulu, Rdio, and Spotify, plus MegaVideo, Videoweed.es, and all the other “streaming” services, legal and illegal, are the future–and when you can stream a song or video from anywhere, with any device, in full quality, doesn’t that count as “possession”? Isn’t it just a technicality that you can’t point to a file on your computer?

The primary difference between downloading and streaming–or the transferring of physical objects like CDs–is the possibility of distribution. If you listen to an album at a friend’s house, you are enjoying copyrighted material you did not pay for, but you don’t have the ability to distribute it. According to this thought process, unless you have a file–a JPG, an AVI, an MP3, an EPUB–you can’t distribute it, and are therefore not in possession of the property. But when everyone has access to the same material on the internet, does that really matter? If you have the links to a hundred illegal files and can distribute those links, does it matter that you don’t have the actual files? You can share them just as easily as if you did. Why bother saving a copy of an image to a hard drive? Why not just view it from any of the bazillion devices that can view images online? Is bookmarking the same as saving? Are you in possession of an image if you’ve just left yourself directions for how to find it again? These are questions we need to think about, but the basic new fact we need to contend with is the same:

If you need proof, take a closer look at an iPhone or iPad. Try to find the .mp3 file of the song you’re listening to, or the .txt file of the note you just wrote to yourself. You can’t. Because files and folders? Those are the past.

This comes up more than you’d think. The recent kerfuffle amongst publishing types regarding Instapaper, Readability and other service that take longer articles from any site, strip them of anything but the text, images, and video (including ads, which pay for the content) and send them for easy reading on the device of choice, is a good example. Choire Sicha over at The Awl explained it well here, but this is another murky area. Are Instapaper and its ilk illegal? If they are, and the materials snipped by it are in violation, when is a user “in possession” of that illicit material? Is “saving” something to your Instapaper queue the same as downloading, or possessing? If you read it on Instapaper’s site, there’s no file you can point to–it’s just some text on a server somewhere that’s been formatted for you on the fly when you pointed your browser toward it. You don’t have it.

This seems like the kind of concept we’re all semi-comfortable with when it applies to stuff we as users want people to have access to, like the new Santigold album. We like being able to stream it from SoundCloud, or from Rdio, or “watch” videos containing the songs and a still image of the album cover on YouTube. We’ll even fight for it! We’re okay with things being legal but of questionable financial help to content creators (Rdio), sometimes legal and sometimes not (SoundCloud), or convenient but totally illegal and likely to get pulled down at any moment (YouTube). We’ll stick black bars on our Twitter avatars to protest (admittedly awful, overreaching, potentially disastrous) legislation that attempts to stop us from doing these things! But what about stuff we really don’t want people to have access to?

Right now, a shrewd copyright violator or child pornography enthusiast could completely obey the law while taking advantage of illegal material everywhere. I’m not sure if there’s anyone in any current legislature who’s capable of understanding and tackling the problem of writing laws that actually protect and govern in a to-the-minute way, which is what we need when talking about technology. But it’s serious business, and we need flexible, modern thinking to avoid being outsmarted by regular, everyday people using the internet in regular, everyday ways.