Net neutrality: Where do we go from here?

The FCC voted to repeal net neutrality. This is what that means. 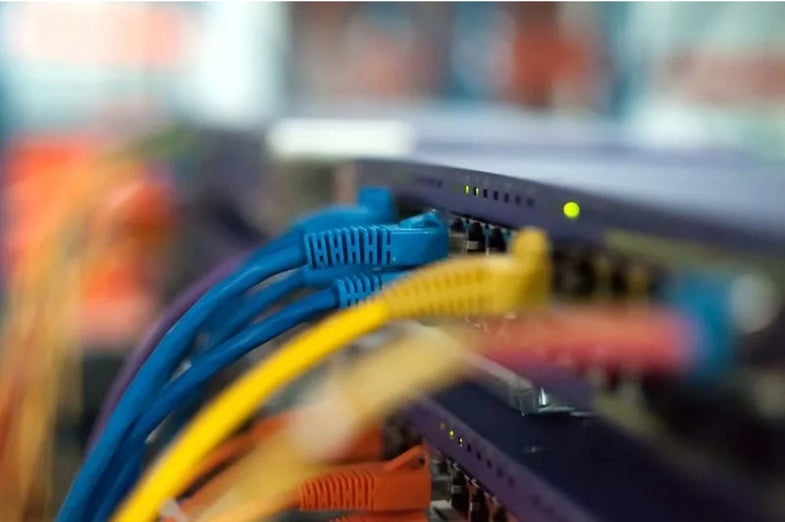 Update on March 1: Since this article was published in December of last year, the FCC has officially published its rule that repeals net neutrality in the Federal Register. Now, in the U.S. Senate, advocates of keeping net neutrality rules in place are working on fighting the repeal, which involves using the Congressional Review Act. They have until late April before some small aspects of the repeal kick in, but it remains unclear when the major changes to net neutrality would become effective, if efforts to stop the repeal fail. Meanwhile, attorneys general from over 20 states, spearheaded by Eric Schneiderman of New York, are suing to stop the repeal.

The Federal Communications Commission voted on December 14, 2017, to approve the Restoring Internet Freedom Act, which repeals the net neutrality rules that have been in place since 2015. By most reasonable accounts, this is a very bad thing.

That vote is over and the act passed, so what happens next? Will the internet be totally ruined starting tomorrow? The short answer is no, but what comes next is important.

What is net neutrality again?

In short, net neutrality classifies the internet as a utility to which people have equal and open access.

A big concern without it is the creation of different “lanes” in which content providers pay to travel. Faster delivery for your service requires a higher fee. So, if Netflix wants to deliver all that video data to its customers in super high-res, it may have to pay inflated rates to the service providers. That cost, then, gets passed on to the customers.

Smaller internet companies would see the price rise as well. So, even if your business has nothing to do with the internet, you’ll still feel the price increases if you plan to use any service that revolves around it. So, cloud backup, file sharing, team applications, and lots of other essential services could require more cash from customers.

If you want a more thorough explanation, you can check out our longer story on net neutrality and its importance..

There’s still a chance to overturn the decision

Just because the FCC voted to repeal the net neutrality protections doesn’t mean we’re suddenly living in some tiered service hellscape. Congress still has 60 days to review and repeal the decision. That requires a Resolution of Disapproval, and you can use this form to show your support to Congress.

One of the primary arguments for overturning the decision is the complete lack of public hearings held before the FCC had their vote. Many people submitted online comments before the hearing happened, but the members openly wrote off many of those opinions in their comments about the issue because of the “colorful language” or their simple nature.

Lawsuits are already in the works

“I think this thing is doomed in court,” says Columbia Law School professor Tim Wu, who is credited with coining the phrase “network neutrality” back in 2002. “They went way too far.”

Even though the vote happened just hours ago, the lawsuits to overturn the repeal are already in motion. Several states, including California and Washington, are already working on legal action that could overturn, or at least delay, the process. Essentially: This repeal happened on an accelerated timeline compared to other decisions of this kind. The lack of public hearings and the rushed nature of the process work against the legitimacy of the FCC decision.

There are also advocacy groups considering lawsuits to try and stop the repeal, one of the largest of which is the Internet Association, which includes internet heavy hitters like Alphabet (Google’s parent company), Netflix, Facebook, and Microsoft. While Netflix and Facebook have been outspoken in support of net neutrality in the past, the companies have been relatively quiet in the direct run-up to the vote itself.

Free Press, an advocacy group that has been very vocal about the need for net neutrality, is also preparing legal action to fight the repeal on the grounds that the vote was capricious, or careless, an argument supported by the fact that even some Republican members of Congress requested to delay the vote until a more informed decision could be made.

So the states can save it?

If states get out in front of the repeal from a legal standpoint, then yes. However, if the repeal passes, states are prohibited from creating net neutrality rules. The justification is that wireless and cable networks aren’t bound by state borders, so the rules shouldn’t either. In reality, it seems more like an effort to prevent states from standing in the way of industry, for better or (more likely) worse.

What happens if it isn’t stopped?

You likely won’t notice a change right away.

“I think the cable and phone companies are going to go slow,” says Wu. “Don’t be surprised if in two or three years your broadband bill is bigger and the internet seems increasingly controlled by a few big companies.”

Prioritizing data is clearly in the works. FCC chair Ajit Pai mentioned the data created by self-driving cars—up to 4TB per day by his count—as an example of why the fast lanes need to exist. According to Pai, overall network growth and investment has dipped since the implementation of the rules, but several investigations suggest otherwise.

But, don’t they have to tell us if they start blocking or throttling users?

A key talking point in favor of the repealing net neutrality is that it compels companies to disclose when they take actions like throttling speeds. However, the specific language raises some red flags by removing that requirement if it’s done in the interest of “reasonable network management.”

So, is internet going to work like cable, in terrible tiers?

Maybe. There is precedent for a tiered internet, doling out services and bandwidth according to how much you’re willing to pay. AT&T has had an interesting past with this kind of service. In 2012 the company barred users from using Apple’s FaceTime video chat app unless they upgraded to a high-tier or mobile service. The company also tried a tiered home internet plan in Reno, Nevada back in 2008, which allowed users between 20GB and 150GB of data in a given month and then charged $1 per GB of overage.

This kind of selective service also already happens in other countries, where there are no net neutrality laws. In these places, there are instances of “SIM-hopping,” in which users switch between different cellular SIM cards they use in their phones depending on what web service they want to use.

The potential for internet service providers to block, throttle, and just otherwise mess with the way you use the internet is real, but no one is quite sure how far that will actually go.

The Federal Trade Commission will have increased oversight in these matters if the repeal goes through. But several FCC members today were quick to point out that the FTC doesn’t have any real technical expertise to leverage in that arena. So, it will largely fall to consumers and advocacy groups to watch for and report potential abuses.

If you’re looking for something to do now, consider reaching out to Congress in hopes to put the brakes on. Otherwise, be vigilant and stay in the know about what your internet providers are doing with your service.