The Near Space Corporation, which has won contracts from NASA in the past, announced this week that it’ll be building... 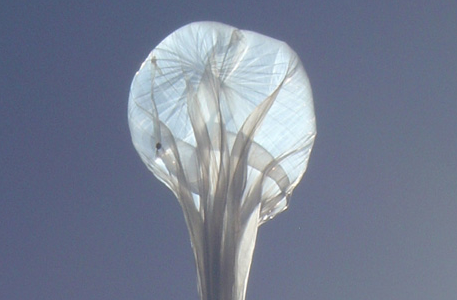 The Near Space Corporation, which has won contracts from NASA in the past, announced this week that it’ll be building a commercial high-altitude (still suborbital) balloon flight facility, the first of its kind in this country.

The balloons go up to around 130,000 feet, right at the edge of space, so they can be very useful for testing technologies and ideas in an atmosphere that very closely mimics what’s in space–but at a fraction of the cost. Construction on the facility is set to begin in the fall of this year, and will include your standard suborbital balloon infrastructure. I assume you know what that entails already, but just for completeness’s sake, there’ll be, according to Network World, “a balloon launch circle, the observation tower, the payload integration hangar, engineering and administration offices, and the balloon production wing.”

No word on whether people will be able to go up on the balloons–certainly they’re capable of carrying the weight, as Near Space balloons can apparently carry up to thousands of kilograms in cargo.