‘Cyberplasm,’ a Micro-Robot Modeled After the Sea Lamprey, Could Swim Around Inside You

Tiny microelectromechanical machines running Magic Schoolbus-style through our bodies are the pursuit of nano labs across the globe, but a... 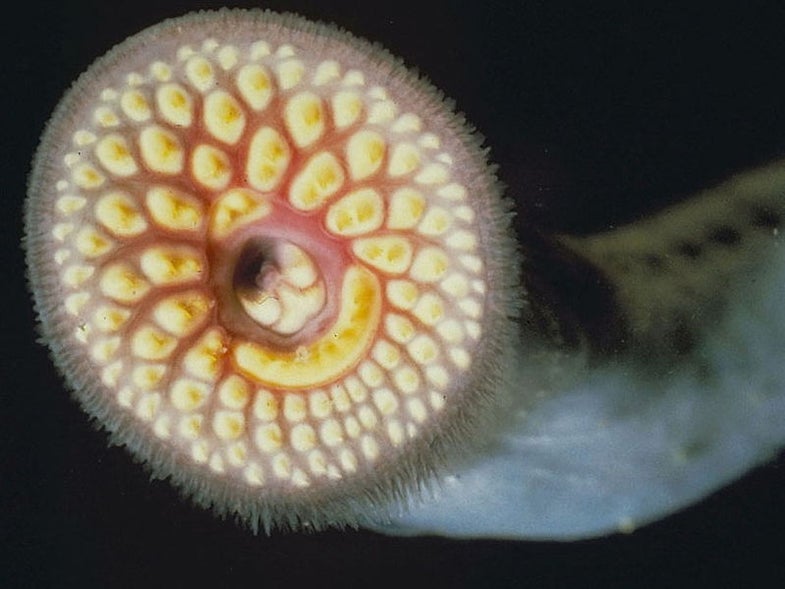 Tiny microelectromechanical machines running Magic Schoolbus-style through our bodies are the pursuit of nano labs across the globe, but a team of researchers jointly backed by the American National Science Foundation and the UK’s Engineering and Physical Sciences Research Council wants something more: a tiny biomimicking robot that functions like a living creature loaded with sensors derived from animal cells.

Called “Cyberplasm,” this robot would mash up biomimicking robotic components with actual mammalian cells to create robot systems and sensors that respond to stimuli like chemicals and light the way living organisms do. “Eye” and “nose” sensors would be derived from animal cells, while an artificial electronic nervous system will record data from Cyberplasm’s surroundings and respond to external stimuli via artificial muscles that are powered by glucose.

The whole Cyberplasm system would be modeled on the sea lamprey, an Atlantic-dwelling creature with a simple nervous system that should be relatively easy to mimic. Using the lamprey as a model, the researchers hope to produce a one-centimeter-long prototype capable of swimming around and sensing on its own. Future versions could be built at the nano-scale, perfect for swimming around inside the human body to detect and potentially treat diseases.

It sounds like far-out science, but it may not be so far off. The researchers are currently developing the components of Cyberplasm individually, but barring any major setbacks they think they could have their tiny robot working in the real world within five years.