Self-healing materials are a thing of the future, but certainly not a distant future. For instance, NASA plans to wrap... 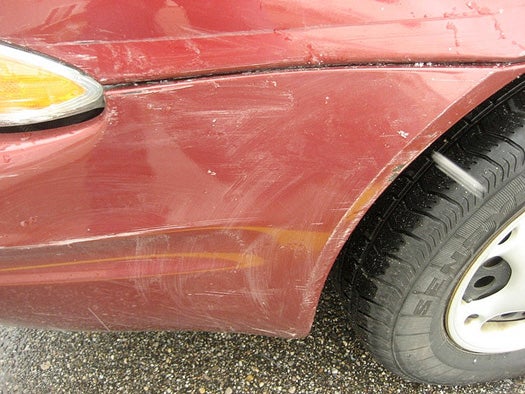 Self-healing materials are a thing of the future, but certainly not a distant future. For instance, NASA plans to wrap airliners in a self-healing skin within the next 20 years, and things like flexible, self-healing concrete have already been demonstrated, albeit only in the lab. Now researchers at Case Western Reserve University, along with partners in the U.S. and Switzerland, have demonstrated self-healing polymers that rejuvenate themselves after just a minute under UV light.

The key was finding polymers that are really small that can be coaxed into pretending like they’re really big through molecular interactions. Assembled under a mechanism known as supramolecular assembly, these self-healing polymers are composed of small molecules assembled into long, polymer-like chains using metal ions as a kind of “molecular glue” (normal polymers consist of very long chain-like molecules composed of thousands of atoms held together by stronger molecular bonds).

Held together by the metal ion glue, the new polymers–dubbed “metallo-supramolecular polymers”–behave in many ways just like normal polymers. But under intense ultraviolet light that molecular glue comes undone, allowing the material to flow like a liquid and fill in a scratch or tear. Remove the UV source, and the polymer glue sets again, re-chaining the polymer and creating a solid coating once again.

Initial tests showed that the researchers could scratch a polymer coated surface in the same place again and again, and it would repeatedly “heal” in the presence of UV light, leaving behind no evidence of the damage. See for yourself below.