Longest-Ever Fiber-Optic Link Will Run Through Thawing Arctic, Between UK and Japan

Diminishing sea ice in the Arctic could be a boon for international trade — both for heavy ships using the... 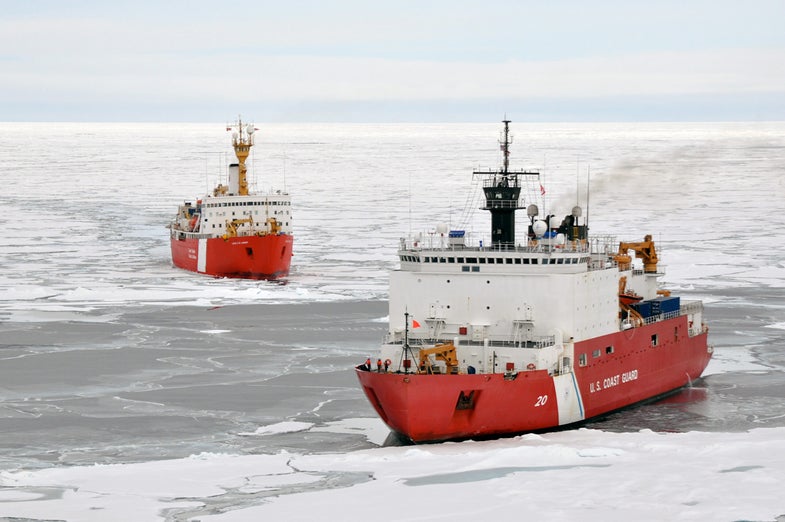 Diminishing sea ice in the Arctic could be a boon for international trade — both for heavy ships using the Northwest Passage, and now for speedier telecommunications via new fiber-optic cables. In August, companies will start construction on the first deep sea cables to cross the Arctic Ocean.

A 9,693-mile cable via the Canadian Arctic will link the UK and Japan and shave 62 milliseconds off the present latency between London and Tokyo, meaning potentially millions of dollars for high-frequency traders who rely on ultrafast connections. Optical amplifiers will boost the signal every 31 to 62 miles, reports New Scientist. One other company is also building fiber that will cross the Northwest Passage above Canada, which is normally choked with sea ice but has been clearer of late. A third will snake along the Russian coast, New Scientist says.

The Arctic is not exactly hospitable, with sea ice and treacherous icebergs apt to thwart any repair efforts. The UK-Japan link will be at least 1,968 feet beneath the Arctic to avoid the most massive icebergs, for instance. But it’s also immune to the problems other undersea cables face, namely fishing trawlers and wayward anchors. Last month, an errant ship in Mombasa, Kenya, dropped its anchor and severed a major undersea Internet and phone link to East Africa.

Undersea cables carry huge amounts of data in the form of light, and they’re still the most effective and most efficient means of doing so. You can learn more about that in our explainer piece.

The Arctic cables won’t face threats like dropped anchors — at least not until the passage can be traversed much more easily, which might be possible if global sea surface temperatures continue to rise.