Breaking down, by the numbers, a new submarine data-transfer accomplishment. 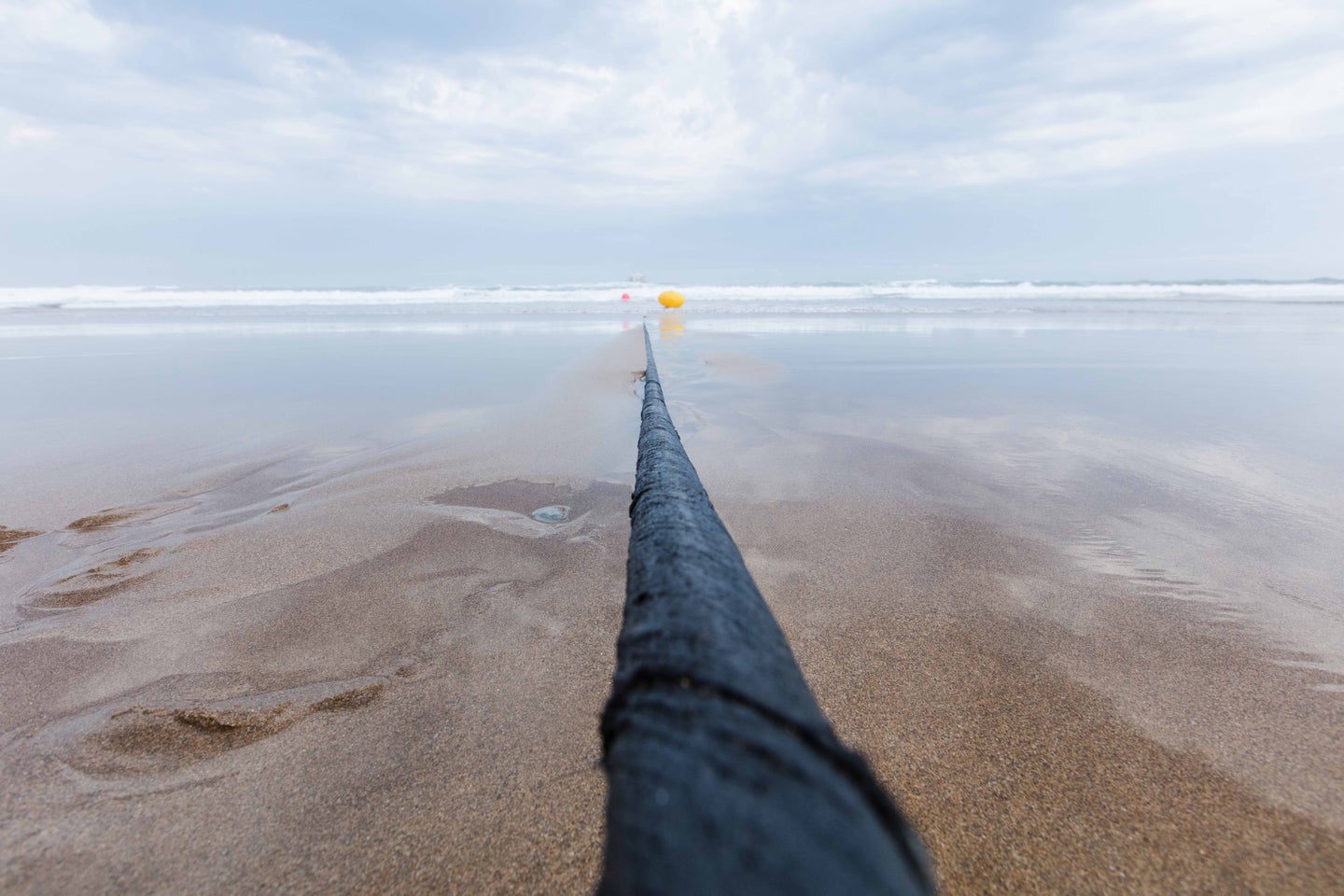 Undersea cables are the backbone of the internet. Connecting places like the United States to Europe, or France to India, these submarine fiber optic cables permit the world’s web traffic to flow.

One such cable is called Marea. It runs from Virginia Beach in the U.S. to Balboa, Spain. And recently, a company called Infinera announced that it had broken a record for how much data it could send through this cable in a second. It’s a mind-boggling amount. Below, we break down everything you wanted to know about undersea cables and this experimental accomplishment, by the numbers.

That’s the total number of undersea cables in use right now, according to a company called TeleGeography, which conducts telecom market research. Modern cables use fiber optics and lasers to transmit data. Major cables complete key connections like New Jersey and Praia Grande, Brazil, or Australia to Indonesia to Singapore. Take a look at a beautiful, interactive map here.

The length of the Marea cable, through which the record occurred. Facebook, Microsoft, and a company called Telxius own it. Inside the garden-hose-like cable are eight pairs of optical fibers. Each pair acts like a divided road with traffic going in one direction through one strand and the opposite direction through the other. Microsoft announced its completion in September of 2017.

The entire cable is heavy: this is its total weight. Microsoft says that is the same weight as over 30 blue whales. It goes as deep as more than 17,000 feet.

The amount of time it would take a photon of light to travel through the Marea cable from Spain to the United States or the other way around, according to Geoff Bennett, the director of solutions and technology at Infinera. Light travels at a different (slower) speed through a glass fiber optic strand than it does through a vacuum.

The whole point of shining light through the cables is to send information. Previously, the industry did this through the strands using a flashing system that was essentially Morse-code like, or binary—the laser light on represented a one, while off was a zero, Bennett explains, noting that in reality the encoding system was “a little bit more complicated than that.”

In 2010, the industry shifted to a more complex system. “If you want to move to higher and higher data rates, then literally turning the light on and off is not a good way to do it,” he adds. The latest method involves modulating the phase of the light to send information.

That’s the number of films you could stream at the same time in high-definition through one strand, in one direction, of the Marea cable. That number is assuming that the data transfer rate is 20 terabits per second, which is the same as 2,500 gigabytes per second and is the standard operational design capacity of Marea. Feeling fancy and want to stream those film in 4K? At 20 terabits per second, you could stream 793,000 ultra-high-def movies at once.

Using the new method, Infinera was able to smash through the normal data transfer rate of the cable (which, again, is 20 terabits per second) and send data at a rate of 24.2 terabits per second. That’s enough to stream nearly 5 million movies in HD, or 960,000 4K films, all at once. They actually hit a higher data transfer rate, but the 24.2 terabit-per-second metric allows for more of a safety margin to protect against data loss.

How did they hit this new number?

Infinera makes the “equipment that puts the light into the optical fiber,” Bennett explains. To hit data transfer rates of 20 percent over the capacity of the fiber, Bennett says they did two things. First, they implemented “multiple wavelengths on a single optical chip, so that we could squeeze the individual wavelengths closer together, and get more wavelengths on the fiber,” he explains. “And the second part is, each wavelengths is transmitted as a set of subcarriers that also allows tighter spacing.” So, while the pipe remained the same, they increased how much data could be sent through it in a given amount of time.

The cool thing here isn’t necessarily how they did it, but more a reminder of how data actually flows around the world, from continent to continent, via thousands of miles of submarine cables filled with fiber optics and laser light.

Editor’s note: This article has been updated to correct an error converting terabits per second to gigabytes per second in paragraph nine.