The new frontier in finance? 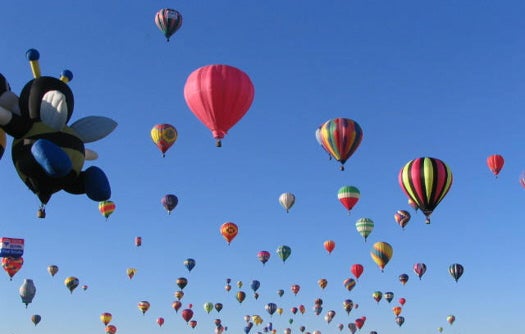 Perseus Telecom, a network provider that specializes in rapid trading, is seriously looking into an ultra-high-speed transatlantic trading line, made possible by balloons and microwave transmission.

Microwave transmission is a kind of radio, which uses very tiny radio waves (mirco ones, even!) to send data from a small transmitter in a straight line to a reciever. In the last century, microwave transmission has carried long-distance phone calls and some television signals. In recent years, satellite communication and fiber-optic cables have replaced microwave transmission for most functions, because they can carry larger messages more cheaply.

In the world of finance, however, microwave is experiencing a Renaissance. Microwave transmission is much faster than other methods, which matters a great deal in modern, algorithm-accelerated high-frequency trading, in which price changes of fractions of a cent can be exploited by a fast algorithm to generate thousands of trades. Faster trading, and the ability to transmit those trades by ultra-fast microwaves, gives a company major competitive advantage. While this is just starting to take off on Wall Street, some firms are looking to bring it to international stock markets.

Microwave transmission requires a straight line in order to make the signal hit. This isn’t so much of a problem on land, where relay towers are easily constructed, but it’s really tricky when trying to cross an entire ocean. New York firm Perseus Telecom thinks balloons might be the answer.

Drawing inspiration from somewhat-dubious military designs, a balloon network would float above the ocean and constantly maintain alignment between transmitters and receivers. It’s just at the speculation stage now, but if Wall Street sees money in it, expect microwave balloons to become a reality very soon.