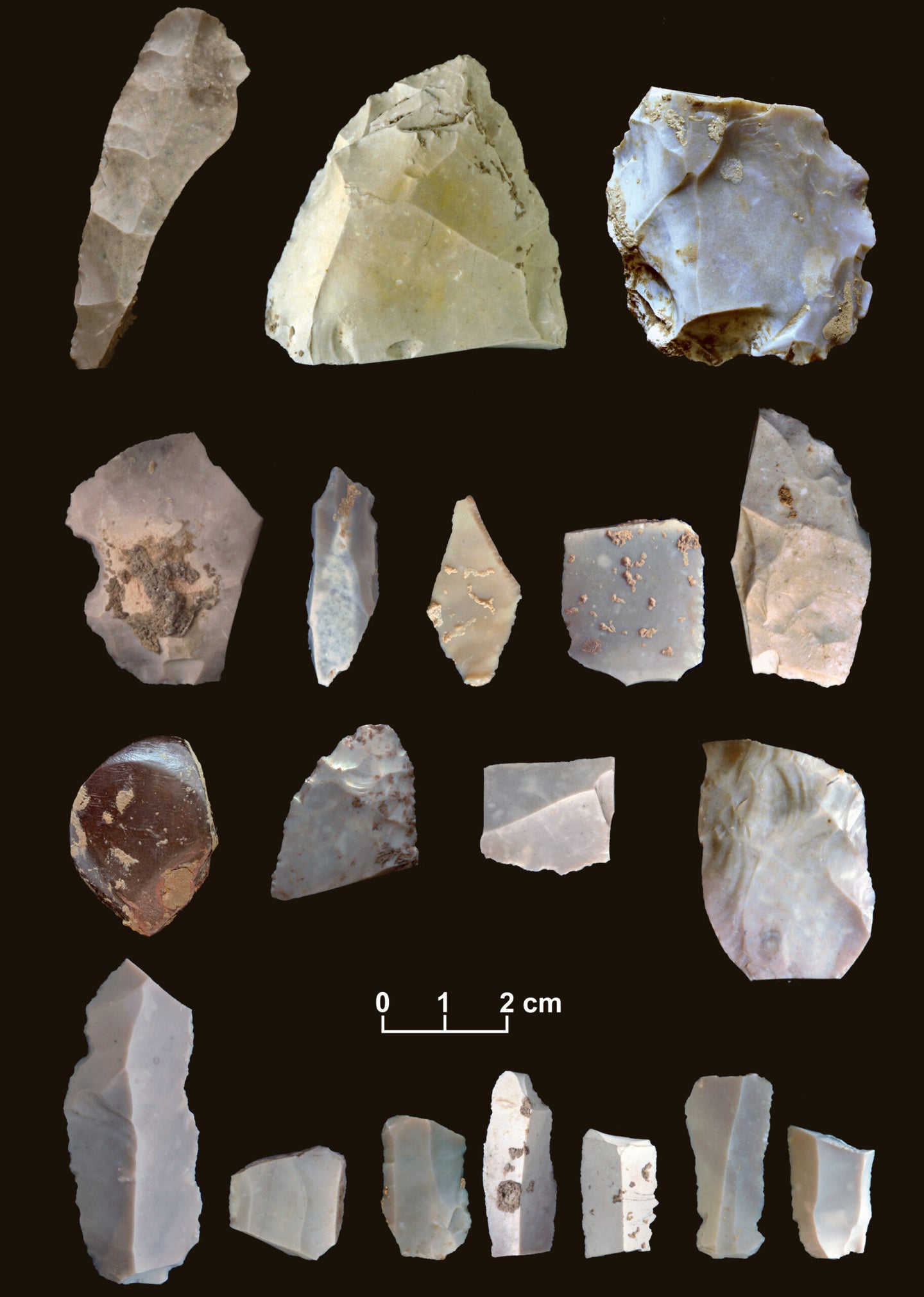 A prehistoric mobile toolkit buried in milky creek sediments in central Texas shows humans first settled North America 2,500 years earlier than previously thought. The finding could shatter the prevailing theory of paleo-American settlement, which holds that people left northeast Asia via a land bridge through the Bering Strait and settled the continent 13,000 years ago.

Archaeologists excavating the Debra L. Friedkin site at Buttermilk Creek, about 40 miles northwest of Austin, found ancient human artifacts spanning 15,500 years, according to a paper published today in the journal Science. The artifacts were buried in neatly stacked cake-like layers of sediment, with little or no mixing between the layers, scientists said.

“People were over almost the entire continent, from Oregon to Wisconsin to Pennsylvania to Florida to Texas, by 15,000 years ago,” said Michael Waters, director of Texas A&M’s Center for the Study of First Americans and lead author of the study. “It’s time to abandon once and for all the ‘Clovis-First’ model, and develop a new model for the peopling of the Americas.”

Waters said the team found 16,000 artifacts, mostly pieces of rock left over from the tool-making process. The site yielded 56 tools, including 12 knives; several rocks on their way to becoming spear points; 20 blades and small “blade-lets,” choppers and more.

“This is a mobile tool kit, something which is easily transported. It’s lightweight,” Waters said. “These are the types of tools you would have if you were a mobile hunter and gatherer.”

The Clovis culture has long been the benchmark for the earliest human habitation of the Americas. Its name comes from 11,200-year-old stone spear points first discovered in the 1930s near Clovis, N.M. Several other archaeological sites from Pennsylvania to Chile harbor evidence of much older settlements, but the “Clovis first” model prevails among many archaeologists.

The Buttermilk Creek artifacts were found directly below a layer of Clovis relics, and sediment tests and a unique dating method show that in this case, Clovis was not there first. The artifacts are similar to Clovis relics, suggesting they are precursors to Clovis technology and were later adopted and modified by Clovis cultures, Waters said.

“These people … grew in population size and eventually experimented with the lithic material that was available to them, and then would eventually develop into the technology that we recognize as Clovis,” he said.

Dennis Jenkins, senior archaeologist for the Museum of Natural and Cultural History at the University of Oregon, and who was not involved in the research, said he was skeptical at first. Jenkins has supervised more than 100 excavations, including extensive work at Oregon’s Paisley Caves, where he found fossilized pre-Clovis-era human excrement in 2002. Almost every time, sediment layers are mixed up by burrowing animals, plant roots or other phenomena, making it difficult to prove which tools come from which layers. But the Buttermilk Creek site is different, he said.

“(Waters) is arguing the site is nicely stacked together like a cake, and basically each layer of the cake is separate from the layers above it and below it,” he said.

As Buttermilk Creek flooded over the millennia, it saturated the ground and deposited sediments over the surrounding meadows. The clay settled and compacted over thousands of years, Jenkins said. Waters was able to reconstruct the layers and connect various artifacts to each layer.

“He meticulously addressed each question about the movement of artifacts. It is just an incredible piece of scientific work,” Jenkins said. “We can be skeptical, but the evidence supports what he says.” 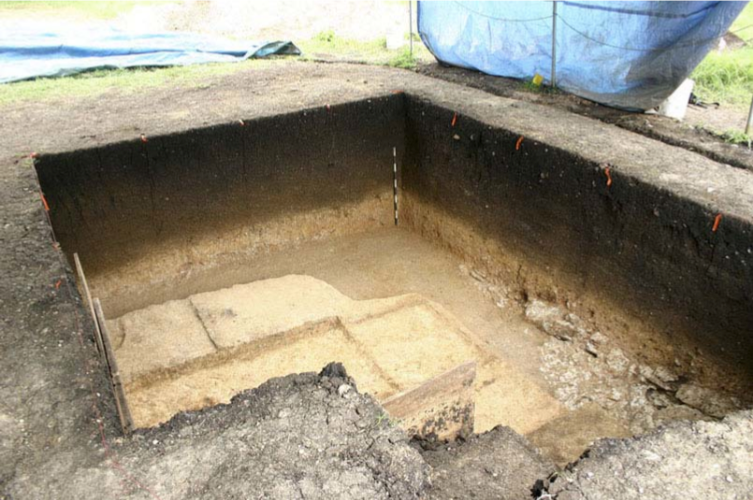 Though rich in tools and tool fragments, the site was short on organic material, making it impossible to measure the tools’ age using radiocarbon dating. Instead, researchers turned to a relatively new technique called optically stimulated luminescence, which measures doses of ionizing radiation to determine when a mineral like quartz or feldspar was last exposed to sunlight. Scientists have to account for environmental radiation dosage, by measuring sediment exposure to radioactive elements like uranium, thorium and potassium-40. Then they can measure how the quartz changes in response to a light source, in this case blue light.

“A time-dependent signal accumulates after the grain is shielded from light exposure,” said Steven Forman, earth and environmental sciences professor at the University of Illinois-Chicago.

“Archaeologists are going to look at this and go, whoa, gee whiz, why are they so broad?” he said.

After consulting with radiocarbon dating experts, he said he was convinced of the technique’s veracity, however. He believes the finding will help settle the debate about Clovis First: “This is exactly the ind of meticulous work that the Clovis First people have been asking for,” he said.

Waters said archaeologists can now start looking for relationships between pre-Clovis artifacts and the Old World, and how the first humans came to the Americas.

“If you are at 15,000 years ago and you’re in central Texas, that tells us that somebody was here even earlier, because you have to get to central Texas and that would take a while. At 15,500 years ago, the ice-free corridor (in Canada) was closed. The two ice sheets were merged. So this lends indirect credence to the idea that people came along the coast and entered the Americas,” he said. “It opens up and creates all sorts of new possibilities and new thinking about the first people to enter the continent.”