Does a more realistic robot face look less creepy? You be the judge 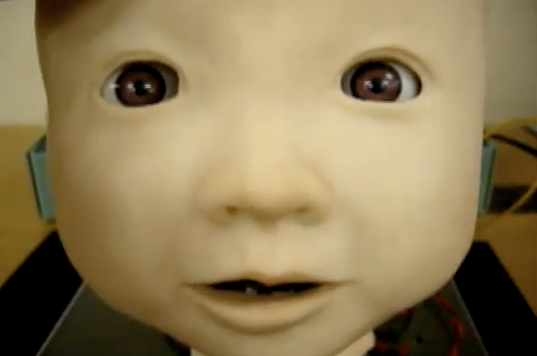 This robot head, which is supposed to represent a 1- to 2-year-old child, is meant to help researchers study caregiver-child interactions. It is not meant to make you run screaming from a room.

Hisashi Ishihara, Yuichiro Yoshikawa, and Prof. Minoru Asada of Osaka University in Japan have been working on robots to study cognitive development. They say it’s hard for humans to interact with robots in a natural way, so they wanted to create a robot that can mimic the facial expressions of a real kid.

Asada’s team came up with Affetto, which can produce a wide range of facial expressions by moving actuators in its face. It can look inquisitive, happy, surprised, upset and more, by tilting its eyebrows, moving its jaw, panning its eyes and tilting its head. Its eyeballs are equipped with cameras and it has microphones and tactile sensors embedded in its silicone skin, lending it a pretty realistic appearance.

Affetto is part of a project to develop a full-bodied robot that’s as similar to a human being as possible, reports IEEE.

Maybe Japanese hospital patients will be less inclined to shun these ‘bots. Or much, much more so inclined. 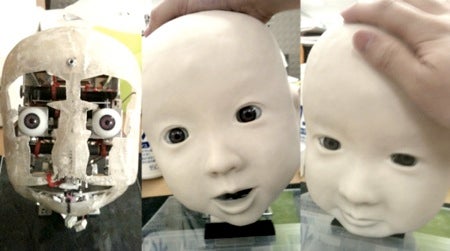