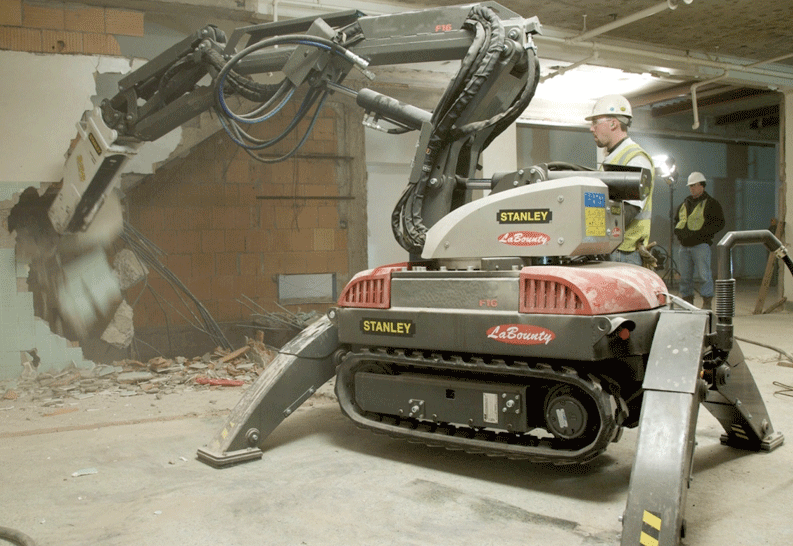 Need to take down some infrastructure? Turn to the new F-16, a demolition robot that can easily break down stairwells, concrete slabs and walls. For a full spectrum of destructive power, it uses shears, breakers, grapples, a drop hammer, buckets and a concrete-pulverizing claw.

The electrically powered robot rolls on a tank-like track, with four movable pedestals that stabilize it. It’s designed for selective dismantling of concrete slabs, stairwells, walls and other interior structures, according to Stanley LaBounty, a division of Stanley Hydraulic Tools. It even has a camera for precision demolition action.

It weighs 3,417 pounds, which Stanley says is the lightest in its class, enabling it to enter areas where heftier machines can’t go.

Watch it slice through steel and crumble concrete with a flick of its robo wrist. Let’s hope these destructo-bots never start sharing their destructo-plans.