Global Positioning Systems work famously here on the home planet because we control all of the moving parts; put some... 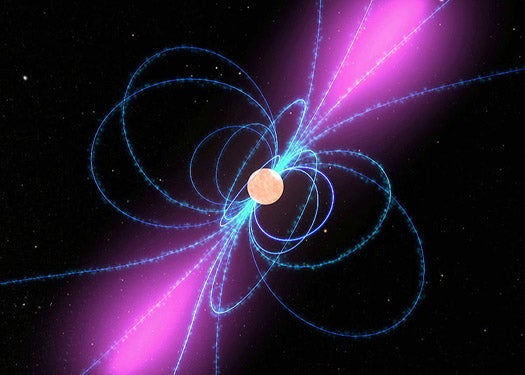 Global Positioning Systems work famously here on the home planet because we control all of the moving parts; put some satellites in the sky, equip a device with the proper hardware to communicate with them, and you can locate yourself just about anywhere. But how would we locate ourselves in deep space? For that kind of spatial location, a team of Italian researchers have devised a way to calculate one’s position in space using pulsars as interstellar navigation beacons.

The idea of using pulsars as a kind of space GPS has been proposed in the past;
but Matteo Ruggerio and some colleagues at the Politecnico di Torino are the first to have actually done it, using the radio telescope-equipped Parkes Observatory in Australia as their reference point.

GPS is nothing more than the measurement of time-delay measurements relative to different satellite clocks, and pulsars – rotating neutron stars that emit beams of radio waves – are extremely precise clocks. Because they are rotating very regularly, those radio beams appear to be pulsing at regular intervals as well, intervals so regular that they rival atomic clocks in their precision. But the high speeds at which astronomic bodies move makes calculating position from various pulsars pretty difficult.

Part of the problem with pulsar-based space positioning systems (SPS? Can we go ahead and coin that acronym?) is that you have to monitor more than one pulsar at a time to accurately calculate position. Parkes can only monitor one at a time. So the team used a software package called TEMPO2 to simulate the signals that known pulsars would produce anywhere on Earth.

Crunching all of that data together, they were able to get what they call “a correct result with a poor accuracy” after measuring for three days. Meaning that, compared to other methods of measuring the Earth’s position in space, they were certainly in the ballpark but not perfectly precise. But if a continuous stream of data is assumed, that accuracy improves to within a few hundred meters. Considering this is a relativistic positioning scheme – relative to objects scattered across the galaxy – that’s relatively close.

If you’re relatively interested in pulsar positioning, set a course for arXiv.