GPS is currently accurate to something like 9 feet. An Australian company says its new geolocation technology could shave that... 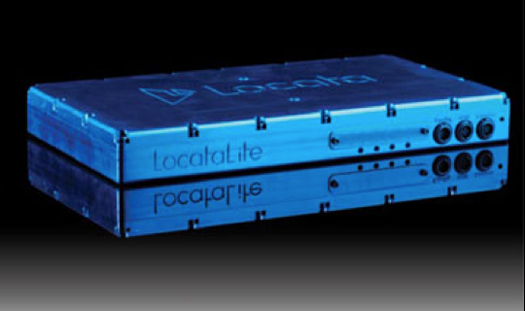 GPS is currently accurate to something like 9 feet. An Australian company says its new geolocation technology could shave that down to a few centimeters, if its hardware is rolled out across the world. The company, Locata, envisions a constellation of local “satellites”–known as “LocataLites”–installed in known locations across an area that allow devices to get a super-accurate fix on their locations.

Locata’s vision works more or less just like the existing GPS system, except that the transmitters are ground-based rather than orbiting. GPS satellites, each containing a highly-precise atomic clock that is synchronized with its counterparts elsewhere in the sky, emit signals that GPS receivers can pick up. Each signal is timestamped, and by calculating its distance from more than one of these satellites, a GPS-enabled device can triangulate its own position on the globe.

But atomic clocks are expensive, and keeping a ground-based network of transmitters synchronized is extremely difficult–which is why this hasn’t been done before. Locata gets around this problem by installing timing chips that are much less accurate–and much cheaper–than atomic clocks in its LocataLite transmitters (which themselves are about the size of a hardback book, rather than the size of a satellite).

The trick is that the LocataLites don’t attempt to keep the correct time as measured by some external standard. Instead, they simply keep in sync with each other. Each LocataLite adjusts its outgoing signal to reflect the timing of the signal it picks up, creating a feedback loop that ensures that while the network will get out of sync with external time, the LocaLites will at least remain in sync with one another. And that’s really what’s important.

The LocataLites broadcast on the same frequency as Wi-Fi, so all kinds of devices are already equipped to pick up the signals. And because the technology can locate devices down to less than an inch, it could make a range of applications–augmented reality, precision cargo tracking, self-driving cars–way more precise than they are now.