How to Take a Picture of a Black Hole

First, build a telescope the size of planet Earth 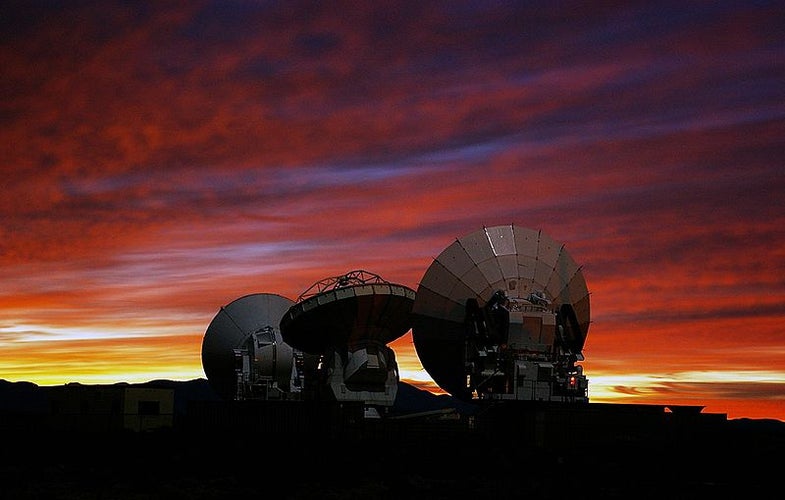 For something that might not even exist, black holes do a whole lot of work for modern physics. These regions of compact mass–so dense that not even light can escape their gravitational fields–are a major underpinning of general relativity, and inform much of what we think we understand about how galaxies work. It’s a lot to ask of a phenomenon that we’ve never actually seen.

Then again seeing a black hole is, by definition, a difficult idea to execute. The absence of reflected light makes black holes invisible, and the fact that the really interesting supermassive ones hide obscured at the center of galaxies compounds the problem. You would need to build a telescope the size of planet Earth to capture an image of a black hole. And that’s exactly what Sheperd Doeleman, assistant director of MIT’s Haystack Observatory, and his colleagues at the Event Horizon Telescope (EHT) are trying to do.

A virtual telescope with a data-gathering surface the size of the planet.The EHT is an international project aimed at taking the first picture of a black hole, specifically of Sagittarius A*, the site of the black hole that is believed to be lurking at the center of our Milky Way galaxy. Einstein’s theory of general relativity says it is there, and other observations of nearby galactic structures strongly hint at its existence as well. Einstein even told us what it should look like. But actually seeing it for the first time will tell us all kinds of things about the very nature of spacetime itself, and it will also tell us if relativity is breaking down at the core of our universe. Essentially, capturing an image of a black hole is a test of general relativity itself–a test of modern physics as we know it.

“Black holes are still theoretical constructs, they’re kind of like the unicorns of the cosmological world,” Doeleman says. “There’s very good evidence they exist, and our best test case is at the center of our galaxy where it’s fairly certain there’s a 4-million-solar-mass black hole lurking. But we haven’t seen it yet. To ask whether Einstein is right, you have to go to the most extreme environment in the universe, which is the boundary of the black hole.”

Getting there will require a blend of new technology, old tricks, and the anointing of a brand-new radio telescope array that will come online over the next few years. But Doeleman and the various collaborators building the EHT are now confident that what wasn’t even thinkable just a few years ago is now within reach, as technology has turned a time-tested astronomical technique into a tool that should give us our first glimpse of Einstein’s vision of gravity’s most violent manifestation.

That technique is very long baseline interferometry (VLBI), and it’s what allows the EHT team to build a telescope the size of Earth without actually building anything at all. By feeding data from radio telescopes around the world into a supercomputer, they can create a telescope with an imaging area the size of the entire planet, allowing them to capture images in radio wavelengths at resolutions that should let them see straight to the heart of the Milky Way. 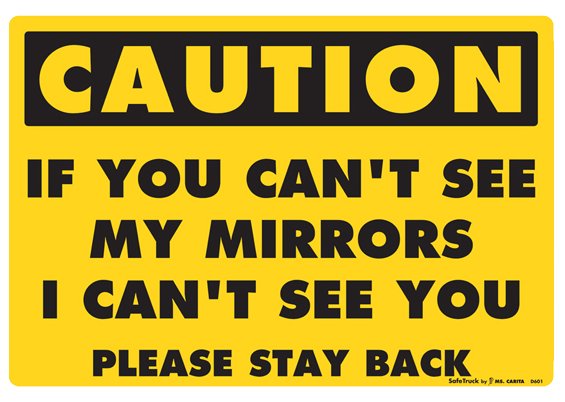 Trucks Work On The Same Principle As Telescopes

Think of VLBI like this: You’re standing at the center of the galaxy, looking at Earth, which is way out at the Milky Way’s fringe. Now, imagine Earth as a mirror, but only the places where there are radio telescope arrays on its surface are polished–the rest of this planet-sized mirror is blacked out. These polished spots are the only places on the mirror that can collect data. This sparse mirror wouldn’t provide a very complete picture to someone peering through the other end.

But now imagine the Earth rotating. The polished portions of the lens–the parts collecting data–begin to slowly move across the blacked-out areas of the mirror, collecting data from different points on its surface as rotation and the seasonal tilt of the planet continue. Eventually, the telescopes–and there are many scattered all over the globe–have collected data from positions all over this lens, just not all at the same time. Over months and years, this data is sufficient to stitch together a rather thorough view roughly equivalent to that captured by an Earth-sized telescope mirror.

That’s VLBI. By linking the data from many telescopes together, the EHT can generate a virtual telescope, with a data-gathering surface the size of the planet. Their data is time-stamped by a hydrogen maser atomic clock, ensuring that given enough computing power, all the radio data can be neatly stitched together into a single picture. And given enough time, and as more radio telescopes come online, that picture grows clearer and clearer.

Up to a point, at least. VLBI has been employed by astronomers for decades, but an undertaking like the EHT wasn’t possible previously. The technology simply wasn’t there yet. It’s really not even there now, but it’s so close that Doeleman and his EHT colleagues can begin gathering data.

“We have the opportunity to make measurements that weren’t possible five years ago,” Doeleman says. “In the last five years, we’ve developed instrumentation to carry out VLBI at the highest frequencies where you get very good resolution. We can also now swallow large swaths of bandwidth. Instead of a couple of hundred megahertz, we can now swallow many gigahertz. You can think of that as being more energy, more photons from the black hole itself. That means our sensitivity goes way up. So it’s a combination of higher sensitivity and more telescopes around the Earth that’s letting us do what we couldn’t five years ago. The technology is at a point now that it’s a matter of implementation rather than building new systems.”

A big piece of this technological advance is the new Atacama Large Millimeter/submillimeter Array (ALMA) coming online in northern Chile over the next few years. ALMA’s 66 precision antennas will be tied together into one huge radio telescope–a sort of microcosm of VLBI–that will be the most sensitive submillimeter facility on the planet.

But when observing a black hole, which allows no light to escape, what will the EHT be observing? How can it image something that seemingly cannot be imaged? Einstein has an answer for this too.

“The black hole’s gravitational field is so intense that it draws all this dust and gas and matter to it,” Doeleman says. “But it’s trying to force all that matter into such a small space that it gets very, very hot and begins to radiate–in X-rays, in the optical, and in the radio. It’s a very bright source of emission across the spectrum.”

In other words, Doeleman says, we’ll see the black hole because it is a messy eater–it will be ringed in radiating matter, a “luminous soup” that hasn’t yet fallen into the black hole but is glowing at the event horizon. But exactly what this will look like is uncertain, and this will be the exciting check on relativity because relativity tells us exactly what it should look like. At a black hole, the gravitational force should be so intense that it lenses light around it, Einstein theorized. So while some of the light we see from that luminous soup will come to us naturally from the front side of the black hole, it will also bend light around itself, exposing us to light from the backside that, under normal circumstances, would be going the opposite direction.

If relativity is correct, the image produced should show a perfectly circular ring of light–a halo of lensed light bending around the black hole–wrapped around a dim space in the middle. Einstein called this dark spot in the center the “shadow.” At a recent meeting of EHT partners in Tucson, all the physicists and theorists present concurred that finding that shadow–and verifying or disproving Einstein’s prediction–should be a top scientific priority, Doeleman says. After all, with one image we could not only finally prove the existence of black holes, but could confirm or completely upend everything we theoretically know about what takes place at the heart of our galaxy and galaxies elsewhere in the universe.

“We’re after an image that will show these strong gravity effects, we’re after this shadow,” Doeleman says. “When we finally do take a picture, if we see this shadow, it will be an amazing, mind-altering result.”