An Autonomous ‘Bot that Burrows Underground to Deliver Deadly Payloads

Something big is happening underground 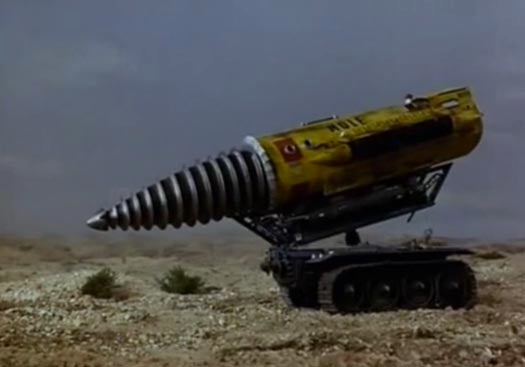 There’s been a lot of talk lately about what’s happening underground, from DARPA’s Transparent Earth program to subterranean navigation systems (for real). Not to be out-DARPA’d by DARPA, the Defense Threat Reduction Agency is seeking a “one-time use, air-delivered, highly mobile vehicle” that can tunnel into the earth and deliver a munitions payload underground.

The idea is for the Robotic Underground Munition to make a soft landing after being dropped from an aircraft, at which point it would traverse surface terrain to a predetermined point and start tunneling, autonomously navigating underground until it locates its target. The RUM could then deliver a payload, which could range from a strongly worded letter to a warhead.

Of course, autonomous underground navigation — especially as it pertains to military operations — poses some distinct challenges. DTRA is requesting survivable underground communications, capabilities that allow the RUM to overcome both natural and man-made obstacles (both aboveground and below) and “robust sensors and perception.” It must also be a hardy little delivery system, armed with passive and active defensive systems and the ability to withstand those soft landings, which can actually be pretty rough.

One of DTRA’s missions is keeping weapons of mass destruction in check, so it’s probably safe to assume the main objective here is to be able to locate and, if necessary, destroy underground weapons caches or development sites. But it seems such a device could have some practical civilian applications as well, like delivering oxygen and water to trapped miners or other search and rescue-related tasks.

Aviation Week’s Ares Blog couldn’t help but point out the similarity to DTRA’s vision for the RUM and the Mole employed by the Thunderbirds to tunnel their way to distressed individuals trapped underground. While it sounds like the RUM will be less a rescue ‘bot and more an autonomous weapons system, the comparison seems apt enough. Thunderbirds are go!