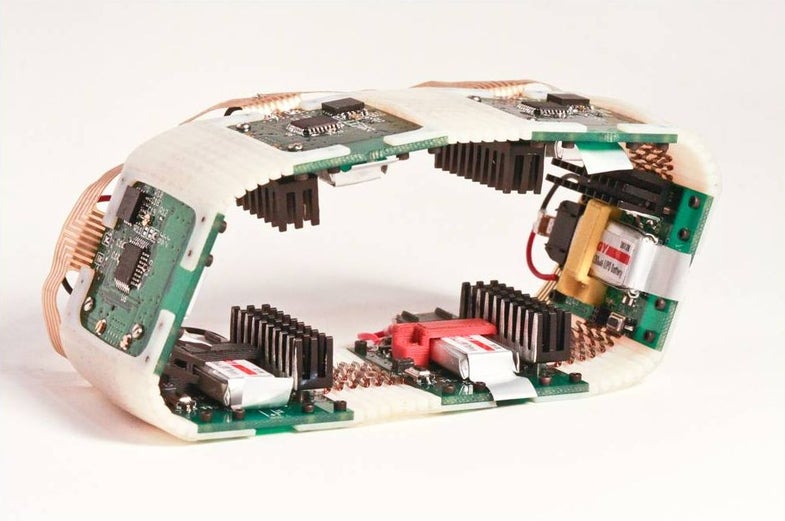 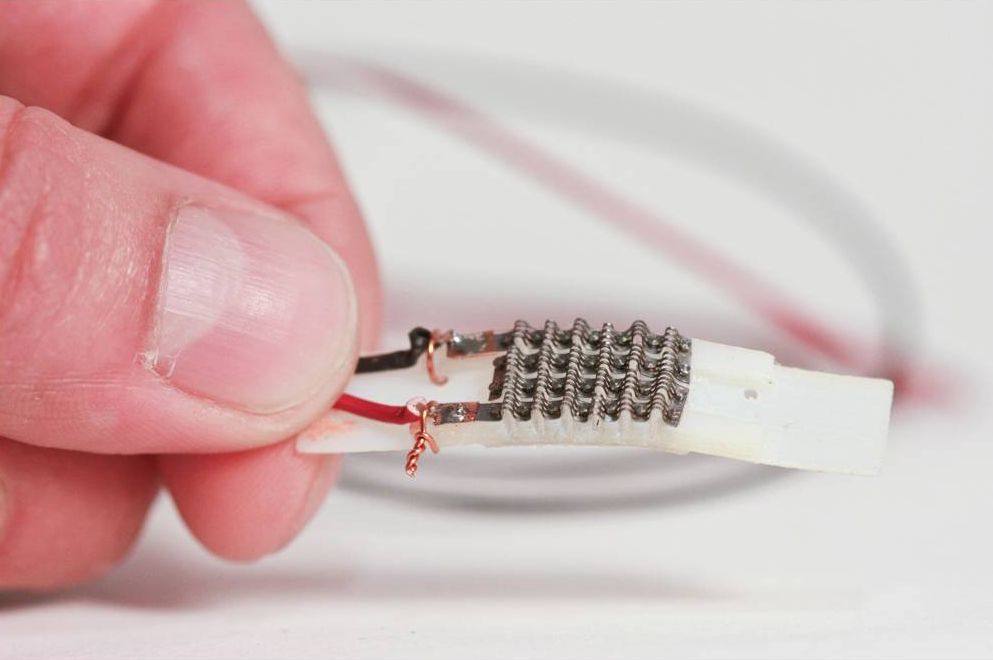 Shape-memory alloys that change shape when heated could become tiny mechanical muscles for electronic devices. New mechanical devices based on the alloys produce three to six times more torque than electric motors, and weigh just one-20th as much.

Such devices, known as actuators, can be cut from a flat sheet of metal just a fraction of a millimeter thick. They emerged from a roject that aims to build printable robots, where the robots would consist of both the metal actuators and plastic components that could be built layer-by-layer through a process similar to inkjet printing. 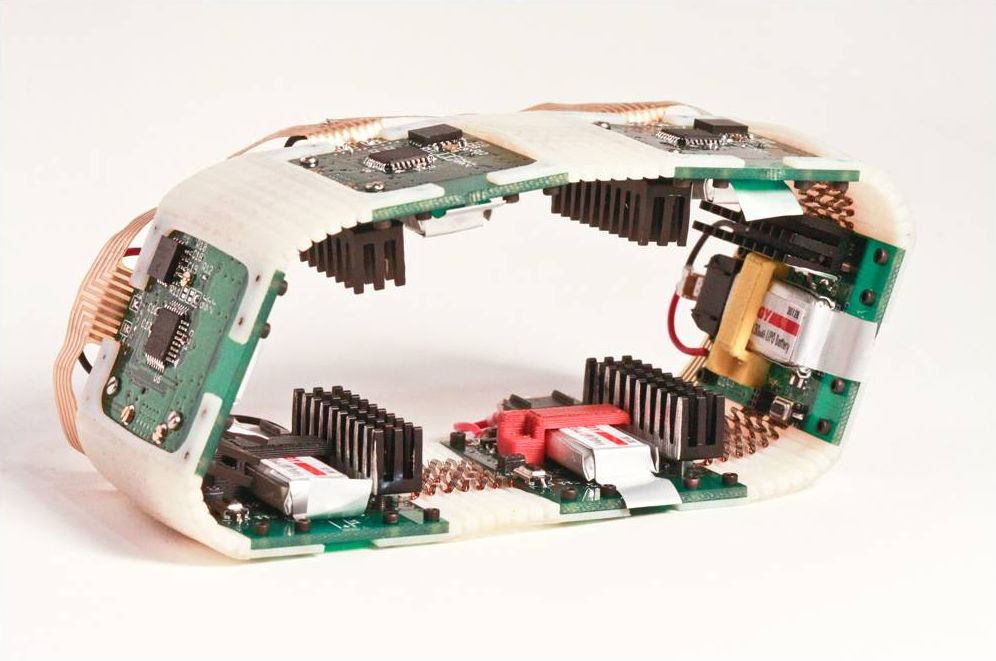 The secret behind the lightweight actuators comes from rectangular notches carved into the metal alloy, which increases electrical resistance. That means only material around the notches heats up when an electrical current passes through.

Past actuators have made use of springs created from shape-memory alloys, including an iron shape-memory alloy that might lead to better surgical interventions and quake-proof buildings. But the MIT actuators can get rid of heat more quickly and consume less energy, because only a small part of the spring heats up when electrically charged,

The shape-memory actuators might eventually exert a force up to 160 times their own weight.

For now, the current actuators can already make use of their energy-sipping efficiency to run on batteries, and have helped create a wirelessly-controlled rolling robot that resembles a runaway tank tread. We’re also excited to see more examples of creations such as the robo-bat.