Doing Mach 2.0 In An Open Cockpit

Feel the breeze in your hair 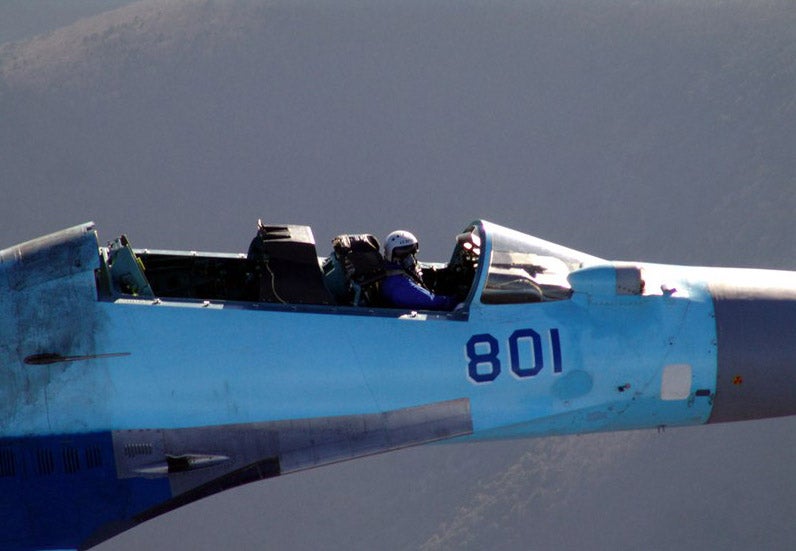 The spectacular picture above was (reportedly) shot high above the set of a movie. Producers for an unknown movie paid a couple of Russian pilots to fly their SU-35UB jet at speeds past Mach 2.0… without a canopy! After the flight, the pilot said, “While on this speed I even managed to pull out my fingers in glove for an inch or two outside – it became heated very fast because of immense friction force plane undergoes with the air.”

The script also required one of the pilots to eject from the cockpit, as seen below.

Whatever movie this ends up being part of, I’d buy my ticket now if I could. I hope it’s in 3-D. 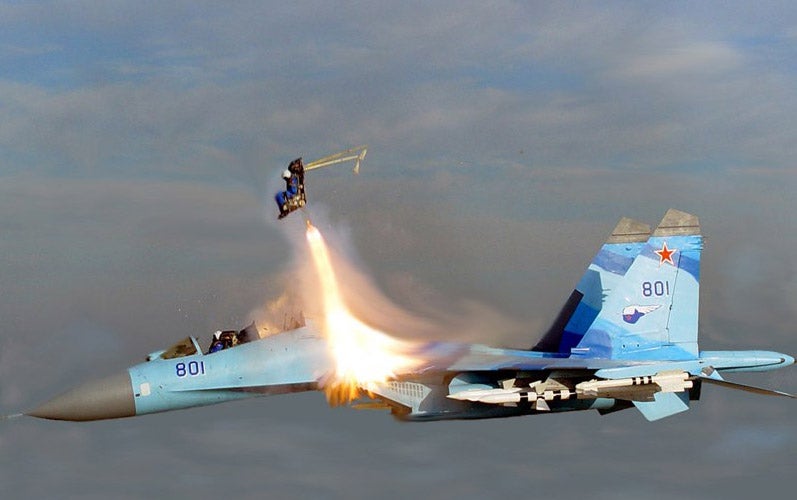 Without a canopy he was luckier than Goose