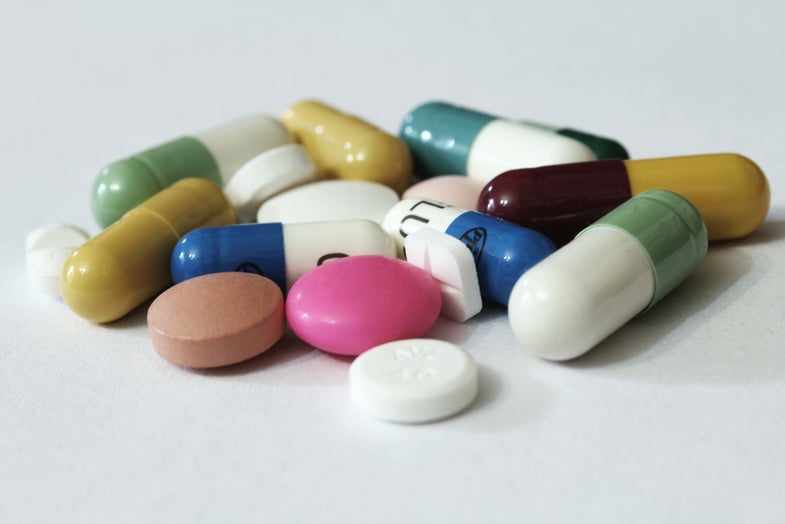 Despite decades of advances in small-molecule medicine, scientists have synthesized “barely one tenth of 1 percent” of the potential drug cocktails that could exist, Swiss researchers say. Most drugs are small molecules, so they can bind to cells or cross cell walls, interacting with the body’s natural processes. A huge molecule could also work to deliver drugs, toting smaller molecules inside it, but the vast majority of medicines are small molecules, because they are small enough to bind with cells and there are plenty of them. Some 67 million such compounds have already been identified, according to the American Chemical Society.

Many of them can do multiple things, but most chemists believe that a special drug exists for any possible task — they just need to be found.

Researchers led by Jean-Louis Reymond and Mahendra Awale at the University of Berne in Switzerland wondered how many of these could still be found, so they studied the “chemical space” these molecules could inhabit, in all their multitudinous forms. It’s somewhat like a molecule zoo, with each molecule located in a specific spot according to its properties, like function and size, and its relation to other molecules. For instance, compound sugars are grouped together with other, increasingly cyclic molecules; the acyclic, or non-circular-shaped molecule chains, are on the opposite corner.

Once you’ve grouped like with like, computers can aid in the search for new molecules among the zoo, narrowing them down by family or characteristic. New molecules might be discovered more easily with this method, the researchers say. In one example, the team was able to find a molecular analogue of nicotine based on its location in this zoo.

Some of them are probably too difficult to synthesize, or may break down too readily to be useful. But the sheer number of possibilities, practically limitless in scope, suggests pharmacology has a huge playing field with which to seek new therapies. The paper appears in the journal ACS Chemical Neuroscience.