‘The X-Files’ Returns: We Still Want to Believe

The groundbreaking show is back after a 16-year hiatus 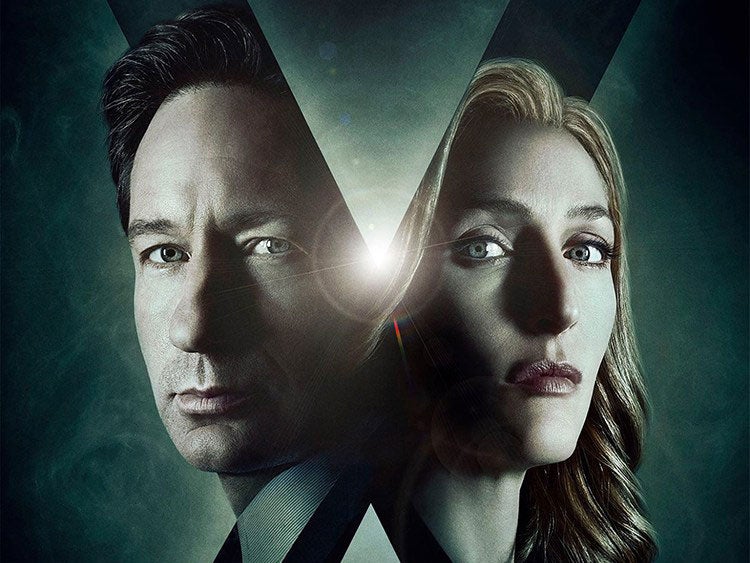 Mulder and Scully, back at it again!. The X-Files/Fox
SHARE

I was nine years old when The X-Files premiered in 1993. Like many, I had no clue what the show was about, nor how it would influence me (as it did many, many others). But I thought I was interested in the occult, and I was a nerdy third-grader who wanted to stay up past 9 p.m. on a Friday night.

Plus, it had to be better than The Adventures of Brisco County Jr., a long-forgotten western (I thought it was called Maverick, and had to look it up) that faded quickly from the night’s lineup.

The moment in the pilot when Theresa Newman and her classmates are surrounded by light and killed in the woods, I was hooked. I became an X-Files obsessive, the type of person who trekked to NYC’s Forbidden Planet comic book shop to buy X-Files books; the kind of person who dressed up as Fox Mulder for Halloween.

I stuck around for all 202 episodes (longer than Mulder himself), and the first movie (and its now amazingly dated soundtrack). But by the time the second film, subtitled I Want to Believe, dropped in 2008, I had bailed on the show.

Which is why I was so excited last summer when Fox announced Mulder, Scully, and creator Chris Carter were returning for a six-episode miniseries. It wasn’t that I thought The X-Files 2.0 would be as groundbreaking or genre-defining as the original (it’s clearly a ploy to garner eyeballs from those who watched the originals and the post-midnight re-runs on USA). No, it was that the show was a cultural and societal clarion.

Many of our technological milestones were featured as plot points for FBI agents Mulder and Scully to investigate.

And at the heart of the entire series that singular conflict we grapple with every day at Popular Science: science versus belief. Humans have a propensity for both, but too often we mistake one for the other. The tension between this dichotomy is exactly what the X-Files embodied, most notably in the form of its iconic leads Dana Scully (science) and Fox Mulder (belief).

And stay tuned for more X-Files coverage throughout the series’ return, including a Q&A with the writer of a book on conspiracy theories, a profile of the scientist who has consulted on both iterations of the show, and recaps of each of the six new episodes. As always, the truth is still out there.