A more efficient three-camera system negates the need for hard-wiring. 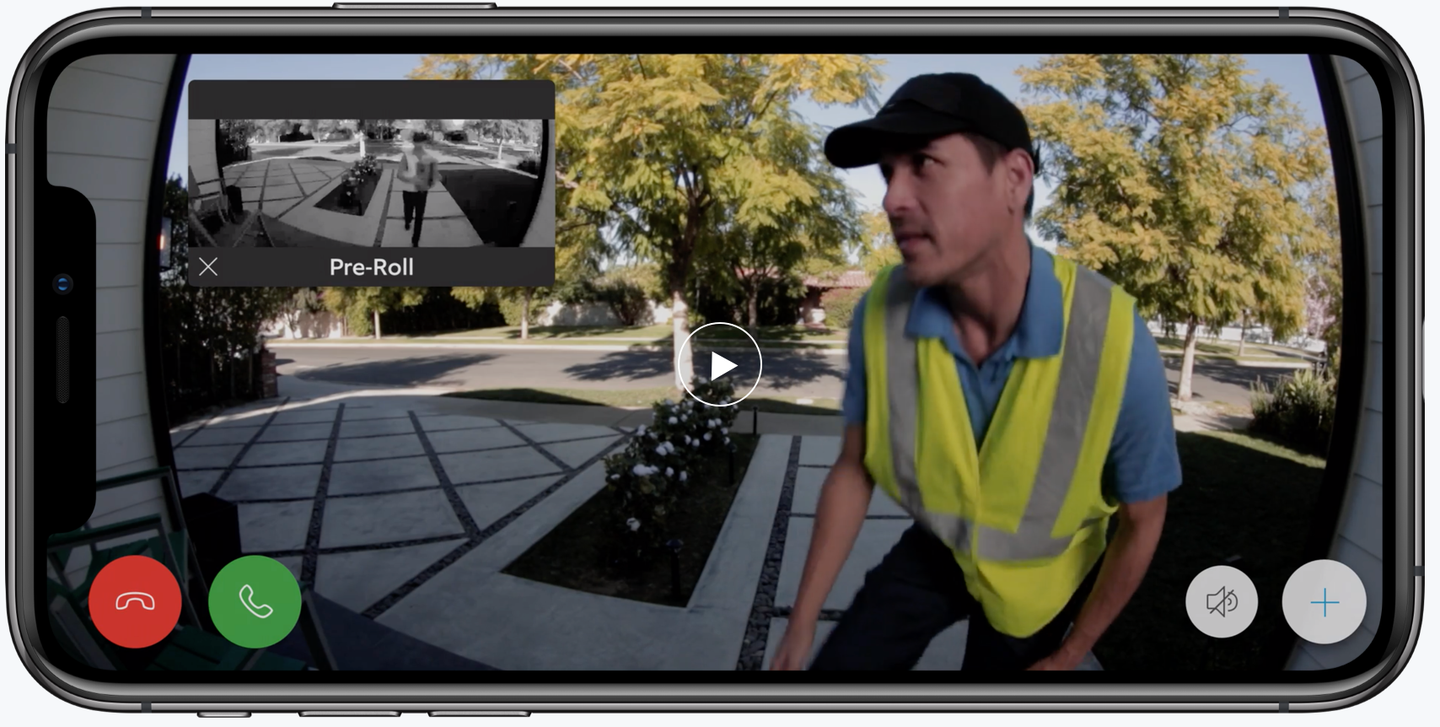 Pre-Roll shows up in a picture-in-picture display in the app. Ring
SHARE

Hard-wiring a video doorbell into your home isn’t the easiest DIY project to tackle, especially if you’re not comfortable around electrical work. That makes battery-powered models attractive, but the convenience comes at a cost. Back in 2017, Ring introduced its Pre-Roll feature, which gave users the ability to capture four seconds of footage from before the motion sensor kicked in to give a better picture of a sequence of events. The feature remained exclusive to hard-wired models, however, until this morning, when the company announced its new $229 Ring Video Doorbell 3 Plus.

Capturing rolling video is easier with a hard-wired doorbell: The constant flow of power allows the device to keep buffering footage and save it once the sensor is triggered. But without a constant flow of electricity, recording all the time becomes inefficient. Even as it improved its hardware, Ring said that adding Pre-Roll to its wireless cameras would have required weekly battery changes, which is wildly inconvenient and expensive after a while.

To solve the problem, Ring took a cue from modern smartphones and swapped in a three-camera array that leans on computational photography to create its final images. There’s still a single main camera that records in 1080p HD color video; the other two cameras only record in black and white and pull down fewer frames per second to cut down on power consumption.. Most traditional digital cameras add color with a piece of equipment called a Bayer filter. Each pixel has a colored filter in front of it that’s either red, green, or blue. Once each pixel reports how much light it captured, the camera’s computing hardware needs to do some crunching to turn that into accurate color data, which takes time and power.

The Ring Video Doorbell 3 Plus takes that raw data from those black-and-white cameras and merges it with the main imaging device’s footage via software.

As a result of these inspired tweaks, the company claims you can now run the Pre-Roll feature on the device without cutting into the typical battery life.

The idea of constantly rolling video is both appealing and concerning for some users. Ring claims that the captured footage lives on a rolling buffer that’s always overwriting itself without transmitting anything to the company’s servers unless you’re a Ring Protect subscriber and a motion triggers the security system. If you don’t opt for the monthly subscription (it works with both the $3 basic and $10 Plus plans) you can still look at Pre-Roll video, but only in the app’s live-view mode.

If the idea of a camera capturing footage or pictures before you press the button sounds weird, it’s worth noting that your smartphone lens is likely using similar technology every time you snap a shot. Apple’s iPhone camera, for instance, captures an array of pictures every time you tap the button, half of which it saves from before the push. When it comes to computational cameras, the rolling buffer isn’t likely to go anywhere in the near future.

In addition to the new doorbell, Ring also announced the next generation of its Chime devices, which attach inside the house and make the video model perform more like a traditional doorbell. The $29 Chime plugs into a standard outlet; the $49 Chime Pro offers louder sounds, Wi-Fi extenion, and a nightlight. All of the devices are up for preorder now and start shipping in early April.