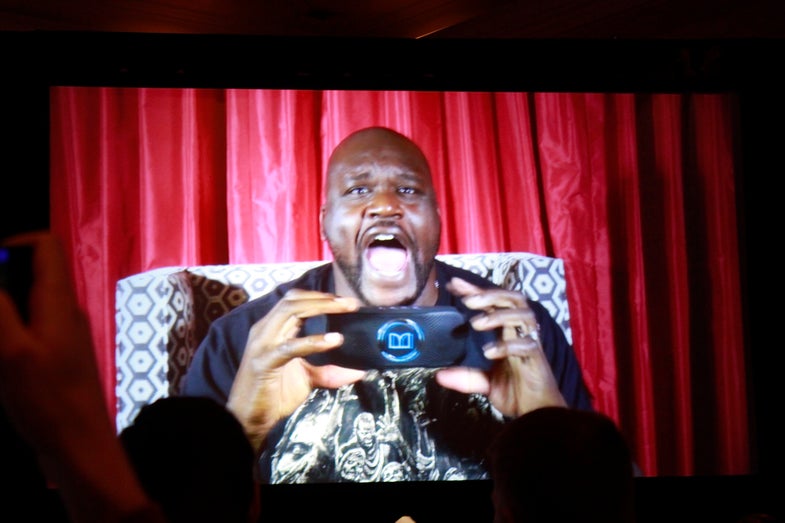 Headphone company Monster Inc. seems to have adopted a new motto: If it’s weird, don’t fix it. Or at least that’s their mentality behind Consumer Electronics Show press conferences.

Last year at CES, they held a bizarre spectacle with celebrity guests Nick Cannon and Shaquille O’Neal. This year, they staged an eerily similar event.

In 2014, Monster CEO Noel Lee rode out on stage atop a Segway with gold rims. With flames on it. Lee typically makes appearances on the two-wheeler, since he has a disability, but this year the CEO couldn’t attend the show due to a recent medical procedure. So instead, he explained what the company has in store for 2015 via a pre-recorded video.

To be fair, Monster touted some interesting new wares. One is the Pure Monster Sound Experience, an app they launched in November. The program digs through a user’s music library, and then optimizes the sound profile for each song depending on its genre, artist, and the era it was recorded. Another is Monster SoundStage, a wireless home speaker system that can be controlled via smartphone.

The presentation of these products, however, teetered on the absurd. Each speaker stormed the stage to an annoyingly loud pop-song intro. At one point Nick Cannon came out (as he did last year) and said a lot of things that didn’t really amount to much (as he did last year). He noted that the company is on the prowl for what he calls “entrepre-tainers”—a poor mashup of the words “entrepreneur” and “entertainer” that even Cannon himself had trouble pronouncing. 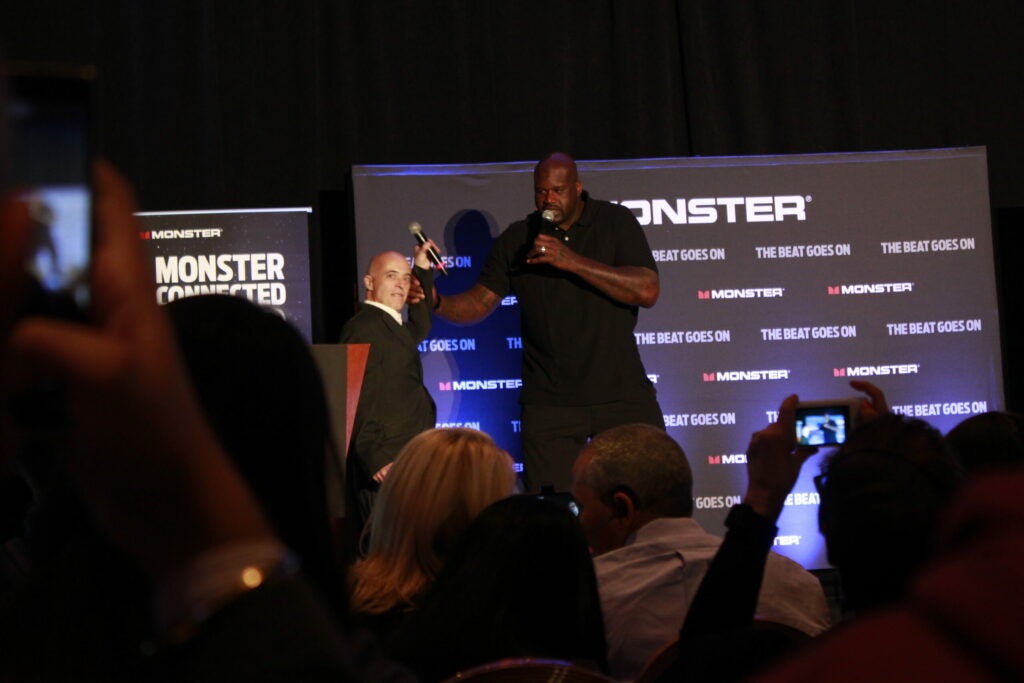 Toward the end, the crowd was treated to an enthusiastic Shaquille O’Neal, who played a video he made for Monster’s new portable speaker, the Superstar Blackfloat. The device is completely waterproof, a feature that Shaq eloquently demonstrated by pouring a cup of water over it and then dropping it in his bath tub. He also screamed a lot while holding it, and we’re still not sure why.

But our favorite moment was when the 7-foot-tall basketball star grabbed the arms of a Monster representative and made him dance like a puppet. We’re still trying to figure that one out, too. In the meantime, we’ll file this spectacle under #ceswtf.