Body Cameras On Cops: Do They Work?

The jury is out 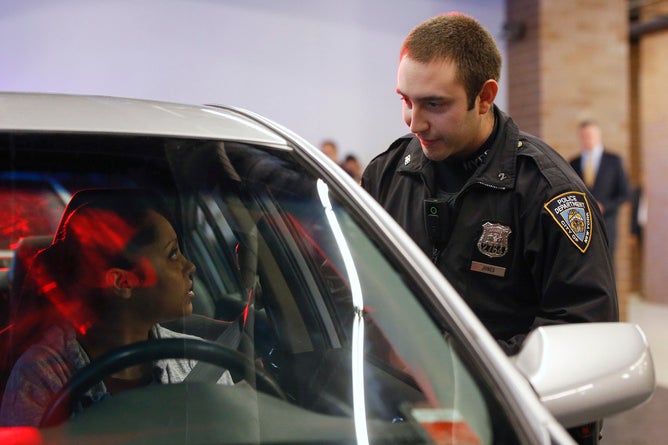 The mere presence or absence of a camera does not deter violent behavior. We know this through decades of research on CCTV demonstrating that video monitoring has little to no effect on violent crime and modest effects on other types of crime. We also know this from our own observations of city-centers at the weekend: innumerable cameras, plenty of violence.

So if cameras don’t deter violence by the public, why would we expect that passively monitoring police-citizen encounters will cause behavior change? CCTV tells us part of this story, but dashboard mounted cameras, already widely used by police forces, and smart-phone films of police by members of the public, are much more informative.

The most salient example is the Eric Garner homicide. A bystander filmed the whole episode but this did not stop the events that led to his untimely and tragic death. There is also the recent example of a South Carolina state trooper who opened fire on an unarmed man at a gas station following a seat-belt law violation. The whole encounter was filmed on a police dashboard camera, but did not prevent the shooting (Thankfully for the man involved the officer was a terrible shot. One also has to wonder about the wisdom of opening fire in a gas station.)

Some have argued that Eric Garner’s death effectively sank any suggestion that police cameras should be used more widely. But other cases –- notably the death of Missouri teenager Michael Brown –- lead us to ask: could cameras ever reduce police violence? The truthful answer is: “maybe”.

In a recent study in Rialto California my colleagues and I studied the effect of body-worn video (BWV) on police use-of-force and citizens’ complaints against the police. The study randomly assigned officer shifts to wearing cameras or not. We found that both police use-of-force and complaints were reduced during shifts where cameras were used and more widely across the police force during the experimental period.

That’s a “no brainer” as the saying goes. Experimental evidence has told us the answer: introduce cameras and, magically, use-of-force and complaints are reduced, right? Not quite. A point frequently overlooked in the commentary on the issue of BWV is that the “treatment” in our study was not just the camera:

That is, each and every time police were wearing a camera they were supposed to inform the citizen that they were doing so and that their encounter was being recorded. We haven’t yet reviewed the thousands of hours of footage recorded as part of this experiment to assess compliance with this element. But if we assume that this was true most of the time, then excitable discussions about the effectiveness of cameras (or otherwise) are missing an important point. Namely, both officer and citizen are being reminded about the monitoring of their behavior prior to their interaction starting.

A heads-up about videotaping could help

This verbal warning could sensitize people leading them to modify their behavior. It could also serve to remind people of the rules that are in play –- politeness being the bare minimum –- but other rules such as laws. Similarly, the verbal prompt may jolt individuals into thinking a little more before they act, becoming more deliberative and reflecting on future consequences. In short, there could be lots of mechanisms that account for changes in behavior when camera and verbal warning are used together.

The other limitation of our study, and one that has thus far been universally overlooked, is that the results we found may have been a fluke. In statistical terms we have only a single study showing an effect. It might be that this was a chance or even a so-called false discovery (i.e. we would expect to find a statistically significant effect some of the time). This is why Dr. Barak Ariel is undertaking a multi-country replication study: before claims of effectiveness can be made, we need to reduce the chance that the Rialto finding was the statistical equivalent of “luck.”

But all that work might come too late. President Obama recently requested US$263 million from Congress to buy 50,000 police cameras, help train police officers, and (apparently) restore trust in police.

Leaving aside the fact that trust cannot be bought and sold (it has to be earned as everyone’s grandmother tells them) what should that money be spent on? We would argue that if US$50 million is going to be spent on cameras, there is an ethical imperative to ensure that each time cameras are put in use somewhere new they are rigorously evaluated, as was the case in Rialto. Once these trials are completed and the evidence is in, we can add together all the grains of sand and draw firmer conclusions about whether cameras can be effective in reducing police use-of-force, but without verbal warning, we would argue that this is unlikely.