The phenomenon has been around for decades, but now it has shown up in smartphones. 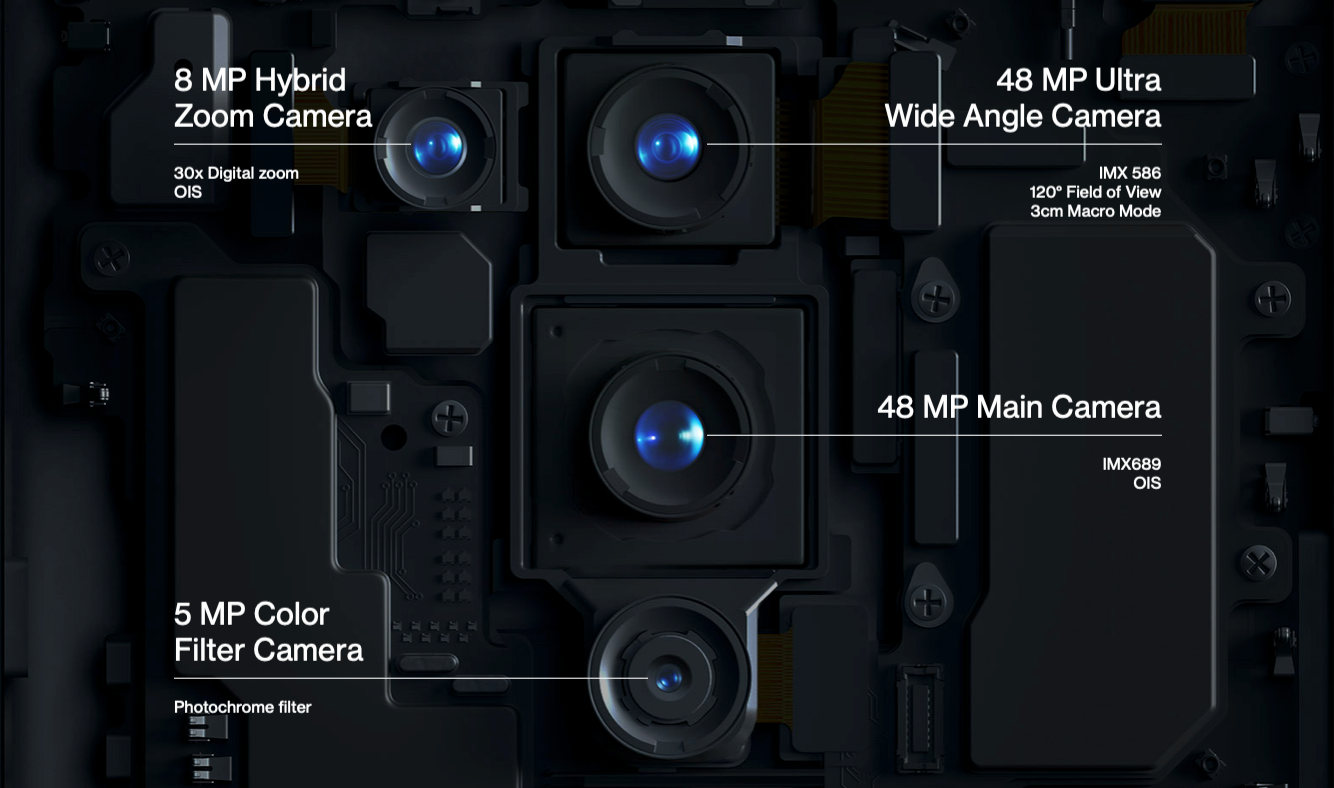 When OnePlus announced its 8 Pro smartphone, it included details about a curious camera that it calls the Color Filter camera. In reality, it’s an infrared (IR) camera that can pick up a part of the spectrum that your eye—and most commercial digital cameras—can’t. This gives the photos a unique, if slightly odd, look, especially after the phone has added some processing to it. Under normal circumstances, the resulting images look different and unique. Under some circumstances, however, an infrared camera will give you a glimpse of whatever happens to be under a layer of material.

As a result, some users have been able to use the camera’s IR mode to look through thin layers of plastic or even thin clothing that’s otherwise opaque.

That sounds more scandalous than it really is. If you’re expecting to pick one of these up and go around using it like a pair of X-ray specs ordered from the back of a comic book, you’ll be terribly disappointed. What you’ll get from the 8 Pro is a mostly gray-scale look through some thin, dark plastic surfaces or a blurry view at what’s in someone’s pockets.

This isn’t the first time something like this has happened. In 1998, Sony launched a Handycam—a bread-and-butter device for the company back then—with a special night vision function. Like the OnePlus camera, Sony’s lens could effectively see through thin, dark materials, including clothing. Many modern cameras with night vision tech baked in, like handicams and security cameras, can also do it.

Even in more modern cameras, turning on infrared night vision doesn’t work very well in daylight unless you have some extra equipment. The image typically washes out too brightly to see anything. However, putting an IR filter over the camera lens (or over the sensor, as camcorders did) enables the see-through effect by blocking the visible light that bombards the sensor and letting the infrared waves come through.

IR filters have been around for decades: Infrared film like Kodak Aerochrome was once a relatively common tool for photographers looking to shake up their images. In fact, they used the same basic technology we have now to prevent blowing out their film.

OnePlus hasn’t issued a statement yet about whether or not it plans to address the current issue, but the fact that the Color Filter has relatively low resolution and that cameras have been hacked for see-through photography for decades means this issue probably won’t turn into a massive scandal.

OnePlus’s bionic vision wasn’t the only big story happening in the tech world this week. Here’s a rundown of some of the other stories you may have missed.

If you’re a fan of moving pictures that allow you to express your emotions, viewpoints, and love of The Office, then Facebook is now basically your daddy. Mark Zuckerberg and company dropped $400 million to buy Giphy, which means it will eventually get tighter integration into the company’s apps such as Instagram and Messenger.

It’s going to be a while until you can get together with friends and watch movies and TV together like we did in the old days before social distancing. So, HBO is teaming up with a service called Scener to allow groups of people to watch content simultaneously while interacting via video chat. Up to 20 people can watch at a time, which sounds like it could be really fun for some content types and terrible for others. Nothing enhances the ambiance of prestige TV like the soothing sounds of your pal’s crying baby.

There hasn’t been a 17-inch display in the Dell XPS laptop lineup for nearly a decade—but now the company is finally bringing it back. Dell claims it’s the smallest 17-inch laptop on the market, and that it rings in smaller than many 15-inch models, too. Big-display enthusiasts and those of us with very large laps are excited about the return.