Which Mac Pro will professionals actually buy? It’s not the $52,000 version.

You don’t need to spend SUV money on a Mac Pro. 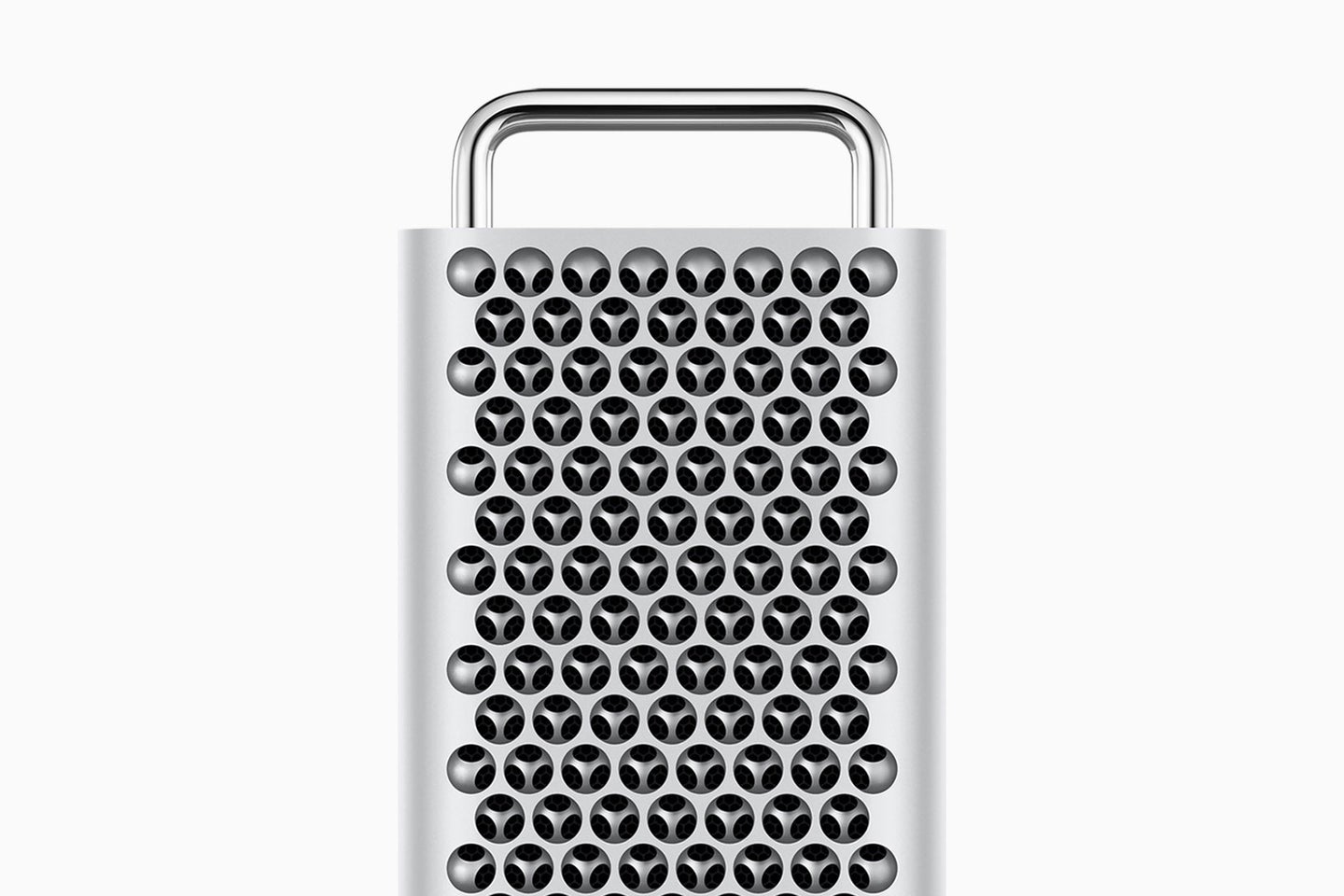 Do a quick web search for the new Mac Pro and you’d be justified to think that Apple’s powerful desktop costs roughly $52,000—more if you include the $400(!) wheels that let you roll it around your fancy studio. In reality, however, the Mac Pro starts at $5,999. That $52,000 number only comes into play if you max out every spec to its ridiculous limits. That would result in an outlandish machine that’s more fun to window shop and think about than to actually buy and use.

The 8- and even 12-core processor options also seem underwhelming for the price. Going up to 16-cores from the base model pushes the price up $2,000 on its own.

For storage, the base model comes with a 256 GB, which is almost certainly not enough. Professionals often work with external drives, or elaborate server configurations, but as Man says, 256 GB would be “extremely tight,” even if you’re just accounting for the massive applications pros use on a regular basis. Internal drives only go up to 4 TB right now on the Mac Pro, but Apple says an 8 TB option is coming down the road.

All of these variables make it tricky to pin down the Mac Pro’s actual place in the landscape of pro-grade computers meant for relentless, heavy-duty work. If you have the cash to spend, the optimal configuration probably checks in between $20,000 and $25,000 if you want it to handle everything you could throw at it. In reality, however, the pros taking the plunge know what they need and will only pay for the important stuff. And there are still some serious question marks to resolve before making final decisions.t

Who is it for?

With a high-priced piece of gear like this, you should be able to answer the question, “Why am I spending the extra money to get this?”

Drop $52,000 on the top model and it’ll handle whatever you want, but you’re paying for extra stuff you don’t need. Judging from the early reviews that are out there already, Apple has generally provided users with machines sporting the top-end 28-core Xeon processors, 384 GB RAM, and the maxed out Radeon Pro Vega II Duo graphics cards, which provide a total of 128 GB memory and pump the price up $10,800 from the base model all on their own. They also include Apple’s Afterburner card, which costs $2,000 and specifically handles high-end RAW video rendering.

Using the pricing tool on the Apple site, it looks like that selection of parts will set you back more than $30,000, which isn’t the $52,000 that made so many headlines and a Twitter Moment that blew up my mentions, but it’s still a very serious investment.

YouTube creator, Marques Brownlee called this price point of over $30,000 the sweet spot and claims it’s close to the spec that he’ll eventually buy, possibly with even more RAM. He works with ultra-high-res RAW video regularly and his production process relies heavily on both CPU and GPU performance, which makes him the target audience for a machine that’s expensive and powerful across the board.

Filmmaker and Pulitzer Prize-winning photographer Vincent Laforet also got his hands on an early model that’s slightly less powerful than Brownlee’s on paper. It has a 16-core Xeon processor 192 GB RAM, and keeps the maxed out Radeon Vega II GPUs, which brings the price to around $25,000.

In his initial tests, he exported 8K footage using the common industry post-production software Davinci Resolve and reports impressive results. It’s important to note, however, that Davinci is just one of the software companies that have only recently jumped onboard with Apple’s graphics rendering platform, Metal. Right now, many graphics intensive programs pros use like Red Shift and Maxon aren’t optimized to work with the Mac Pro hardware, but they’re working on it.

Look through the announcement information for the Mac Pro and it’s easy to find software executives preemptively gushing about the Mac Pro and promising support for the machine and its infrastructure.

According to Jeff Man, creative director at the Phoenix Media group, his company uses a high-powered PC for heavy 3D graphics rendering because the most popular rendering platforms typically only play nice with Nvidia’s hardware, which has a commanding market share. “If the companies have actually optimized for these machines,” he says, “I’d be really interested to see how these perform.”

For typical video editing work on a timeline-based software like Final Cut Pro or Avid, the processor speeds and RAM play a larger role. The Mac Pro, however, offers a rather ridiculous 1.5 TB maximum RAM spec, which Man called “hilarious,” but also suggests that RAM is a common ceiling when it comes to performance. “I’m sure I could figure out how to use it,” he laughed.

Not every application requires a computer that costs more than a sensible Honda Civic, however. In his early review, YouTuber Jonathan Morrison tapped high-profile music producers Andrew Dawson and Jackson Foote to make a song in the studio. Dawson’s machine packed the maxed 28-core processor, which barely broke a sweat during the production process. It’s overkill and the producers suggest that 12-16 cores represent the sweet spot for audio recording tech in its current state. Even stepping down to 16 cores saves you $5,000 off the max price. The 384 GB RAM also checks in $19,000 cheaper than the absurd 1.5 TB config.

What about the competition?

On paper, you’re paying the Apple premium for the specs you get for typical Apple stuff like the slick design of the new tech. The Afterburner card, for instance, makes the lofty promise of handling three simultaneous 8K RAW video streams or up to 12 4K streams. I got a chance to see this in action at a preview event and it’s impressive for sure. But, it’s also overkill for many users. With that kind of computing power, however, some early users are editing full-res 8K streams in real-time without resorting to a proxy workflow that uses lower-quality preview files to keep production from slowing to a crawl.

Some of the perks Apple has touted still have some proving to do. The cooling situation, for instance, relies on the “cheese grater” pattern on the front of the machine to promote airflow. It’s a design Apple is very proud of, but the thermal performance in the previous cylindrical Mac Pro caused some performance issues due to heat management. If it works as promised, however, it’s that kind of detail that could help bridge the gap between the Mac Pro price and a cheaper PC with similar specs.

The $52,000 max spec generated a lot of headlines at first, but if you’re a veteran when it comes to window shopping absurd computers, that number isn’t all that shocking on its own. Spec out an HP Z-series workstation, for instance, and you can push up over the six figure price mark. Of course, those specs outpace the Mac Pro, but until we see what kind of software support and optimization these companies truly offer, we won’t know exactly how that translates to real-world speed.

For now, it’s safe to say that, unless you recently won the lottery or you’re someone who doesn’t really care about value or money in general, you shouldn’t drop $52,000 on a maxed out Mac Pro. But, I wouldn’t be surprised to see Apple sell plenty of machines at roughly half that price.