How one French design student created the shoe of the future 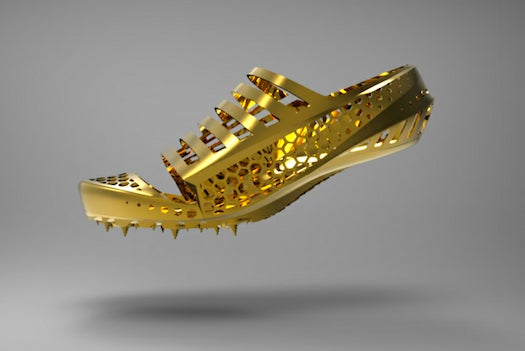 Luc Fusaro, a French engineering and design student who does not work for Nike or any other shoe company, is creating a 3-D-printed running shoe. It’s revolutionary, but he’s hoping it barely affects runners at all. To be precise (and maybe optimistic), the shoes–branded “Designed to Win”–could shave 3.5 percent off a runner’s time. That’s it. But in the professional running world, that’s the difference between Olympic glory and heading home in defeat.

Take, for example, the men’s 100-meter dash. Jamaican superstar Usain Bolt is the current record-holder with a time of 9.58 seconds, while two Canadians, Donovan Bailey and Bruny Surin, are tied for the 10th position at 9.84 seconds. The percentage difference between those times is about 2.7 percent. If it works as well as Fusaro hopes, you could strap a pair onto one of the Canucks and have them go at beyond Boltian speeds. Strap them to a superhuman like Bolt and nobody’ll come close.

The process that the Royal College of Art student is using for it isn’t totally new, and it’s something even a colleague might doubt. “People always ask me, ‘Are you sure it doesn’t break?'” Fusaro says. He uses a 3-D printing technique known as selective laser sintering (here’s a good video primer). To make it work, a digital file is first fed into a computer. Then a layer of powder is set up. Precision lasers zap a single, tiny layer of the powder, which forms it into a single, tiny layer of the shoe. After that, the layer is lowered and the lasers zap the next section of powder, which forms the next layer of a shoe. The heat and energy sent into the powder causes the layers to adhere to each other as the machine goes. After enough layers, you’ve got a shoe (or anything else). SLS is popular for its ability to work with various materials, but Fusaro’s shoe uses a relatively conventional one: nylon polyamide powder.

The entire process is sort of a more industrial version of Makerbot, which also works in layers but builds from the bottom up and does so more fluidly and without distinct layers–it doesn’t stop and start, like SLS does–rather than “selectively sintering” the portions that it needs and leaving the rest behind.

To determine the ideal structure for the shoe on a case-by-case basis, Fusaro scans athletes as they perform different athletic feats, such as jumping off of a box or running. That gives him a better idea of what he needs to tweak to improve performance of the shoe. After that, using additive manufacturing–also known as 3-D printing–he can create a one-off shoe out of the powder and tailor it to an athlete. “In one night,” he says, “I have my shoes.” Other top athletes can get shoes specially tailored, but that’s often for cosmetic purposes, like slight changes to the material or spikes. (Usain Bolt’s famous gold Adidas are actually just regular, off-the-shelf Adidas–with a custom gold upper.) 3-D modeling for athletes is something rarer. 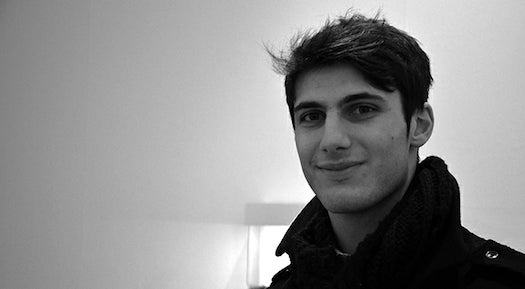 Luc Fusaro, Creator of the Designed to Win Shoe

The resulting shoe weighs 96 grams, which may be the lightest ever. (The Nike Mayfly, a superlight, minimalist racing shoe, weighs in at about 136 grams.) Even if the component materials aren’t as unique, “It’s not in the material that I save weight,” Fusaro says, “but it’s in the structure that I give it.” And even if that structure is all about function, the spikes and gold coating that are printed together (at least on the model he’s currently showing) also look really neat. Like Adidas for Hermes.

Fusaro has been testing prototypes of the shoe on European athletes, but SLS nylon is not quite as flexible as Fusaro wants it to be, so he’s continually tweaking the pattern of the material to help that. Once he finds out the process to make that work, he says, he’ll be on track to a fully functional shoe.

Fusaro already has an impressive resume for a student, and he even has some Olympics cred. A former athlete–“My project is applying mechanical engineering skills to a field that I like”–he’s done work before in sports design, and he’ll be making a design debut at London’s games; his team won a contest to determine the Olympic podium design, which will be unveiled this summer. But before the shoe can enter commercial production, he still has some tweaking to do. Hopefully, he says, we’ll see a Designed to Win debut in 2016.