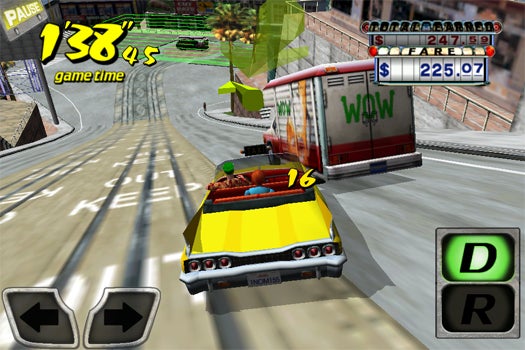 Two big games dropped for iOS Wednesday night: Temple Run 2 and Final Fantasy: All The Bravest. On my bus ride to work yesterday morning [Ed note: Colin lives in New Jersey for reasons unclear to any of the rest of us.], I played both. I quickly realized that of the two, I’ll play the hell out of one and may never pop open the other again. You can tell almost immediately if a game will work on iOS: in many ways, it’s about how the game deals with death.

The best iOS games are seamless, with rounds that come in bite-sized bits. When you die, or when it’s time to enter the next round of play, it just happens; you barely notice between one play-through of the game and the next. I play games like this in transit, for the most part, and being able to put down or pick up one whenever I want is key to the experience.

You can say that’s just asking for low-investment games, sure, but I’m not making my way through Angry Birds Star Wars for the tale of intergalactic politics. If I’m looking for depth in a game, I probably want to be in a position where I can get the most out of the experience–i.e, at home, playing on a screen that doesn’t fit in the palm of my hand. For everything else, there’s games like these two.

The first game is Temple Run 2, descendant of the enormously popular Temple Run, which I have played more than would be wise to admit. Sequels to iOS-native games often don’t mess with the formula all that much, and this sequel is not much different. In the first Temple Run, you maneuver a character as he or she runs through a temple, chased by monkeys, collecting coins and power-ups along the way. But this time, guys, there’s just one, bigger monkey, and there’s ropes and you’re floating in the sky and the graphics are a little better.

If the monkeys get you or you’re consumed by fire, you die, as is often the result with attacks by malicious monkeys or fire. Then Temple Run 2 picks you up and drops you back at the beginning of your run, where you live to flee another day. There’s an option to purchase more “gems” so you can continue your run where you were, but other than that, it’s pretty much seamless from one escape to the next. 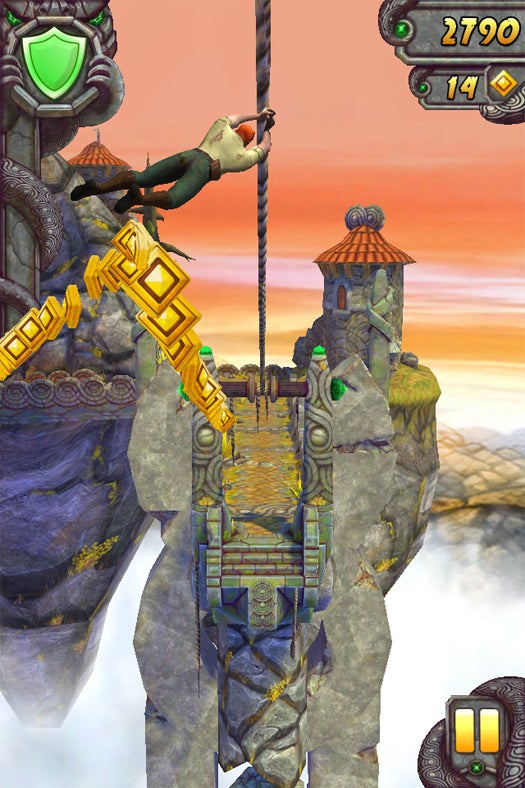 Then there’s Final Fantasy: All The Bravest. It’s more detailed than I have space to explain here, but I’ll offer up the short version. You get a mini-battalion of troops, then tap on those troops to make them attack enemies you encounter–and that’s about it. If the enemies get the better of your crew, then you can use an item to revive them or, if you must, wait three minutes until one survives, then 3 minutes for the next one, etc. 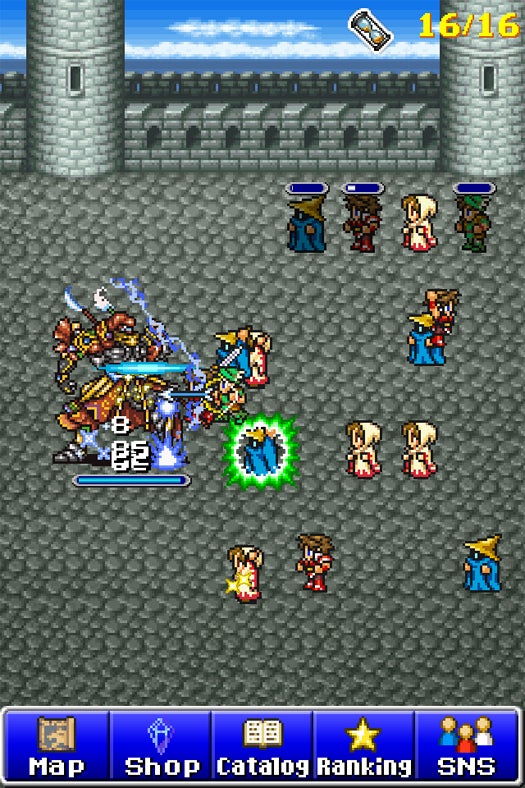 Final Fantasy: All The Bravest

Yesterday morning, it was too much for my fragile commuter psyche. I had to look around during those 3 minutes, risking eye contact with others. What I was really thinking while I waited for one of my little characters to poof back into existence so I could tap him frantically and hear more terrible dialogue from the next encounter (“I AM THE VOID”) was this: I could play an entire round of Crazy Taxi in this amount of time.

That, I think, is what separates truly addictive mobile games like Temple Run from the not-so-fun ones. You might say the best mobile games create a routine that’s fun even through repetition; that re-doing what’s ostensibly the same task doesn’t dull it. That reminds me of the quarter-sucking arcade games of yore, but it also makes me wonder about the future of mobile games. Right now, developers are looking at mobile games and deciding what it is that keeps people glued to them. Once they figure that out, it opens up some room to experiment. Emotional depth isn’t what I play mobile games for right now, but maybe, once developers know what hooks us in, they’ll create mobile games that move us, too.