X-rays are revealing new clues about a shipwreck from 1545

The Mary Rose, built in 1511, was one of the largest ships in the English fleet at the time. 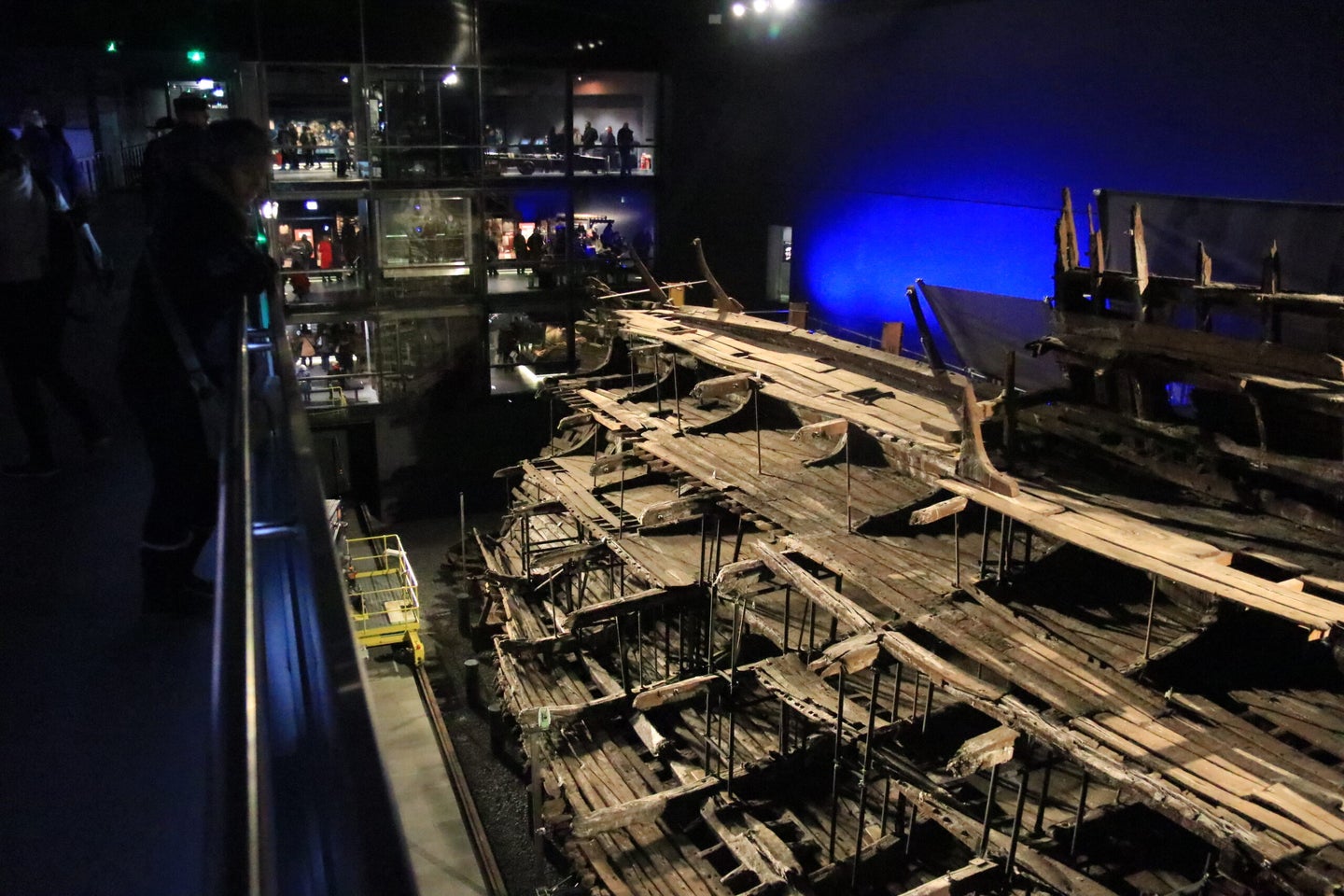 With a new technique, researchers found particles that previous methods hadn’t detected, such as zinc sulfide produced by bacteria. Those particles, the researchers think, are an early warning of chemical reactions that can acidify the wood. 1markim/Deposit Photos
SHARE

In 1982, before the eyes of watching television cameras, the wooden remains of the 16th-century English warship Mary Rose were lifted from its underwater grave. Since then, it’s proven a veritable time capsule into Tudor Britain. But, as you might imagine, nearly 500 years under the sea doesn’t do wonders for keeping the ship in shape.

That’s where some very modern X-ray scanning has now come on board. Researchers have turned to techniques used in chemistry and manufacturing to scan wood from the Mary Rose. Unlike previous techniques that rely primarily on finding one specific element, this X-ray technique allows researchers to scan a relic and see any potential contaminants and where they are. The researchers published their work in the journal Matter on October 27.

“It is vital when dealing with precious materials that you get as much information you can in one go, and this is what this technique offers,” says Eleanor Schofield, one of the study’s authors, and head of conservation at the Mary Rose Trust, the charity that takes care of the ship.

First, a bit of history. When the Mary Rose was built in 1511, it was one of the largest ships in the English fleet. And the ship was no stranger to battle; early 16th century England, during the reign of King Henry VIII, was a time of frequent wars, particularly with France.

It was in 1545, amidst one of those wars, that the French were planning to land an invading army on English soil. The Mary Rose was called to help fight them off. That brought the ship to the Solent, an offshoot of the English Channel that separates Great Britain from the Isle of Wight. It was there that the Mary Rose would sink, taking most of her crew down in the process.

But to conservators, perhaps even more important than that history is what happened when the Mary Rose was away from human eyes, during the long centuries it spent at the bottom of the Solent.  Since much of it was buried under the sediment, it avoided being eaten away by bacteria. But that doesn’t mean it was perfectly preserved.

“It did spend hundreds of years essentially marinating in seawater,” says Schofield, “and as such there are lots of things in the wood which you would not normally find in fresh wood.”

And when the Mary Rose left its watery tomb, some of those substances came out of the woodwork and began reacting with oxygen in the atmosphere. Sulfur, for instance, can turn into acids or salts that can destroy the wood. Compounding the problem is a substance called polyethylene glycol (PEG), which conservators after 1982 sprayed on the outer layers of the wood to preserve it. The PEG has done its job admirably, but it’s also started to break down.

Naturally, trying to keep the ship’s wood intact, so that we can continue to study it in future, is something conservators like Schofield are rather concerned with. And that begins with knowing what and where potential contaminants are. That’s not as straightforward as it might seem.

“Typically techniques we have done in the past have characterised one particular element,” says Schofield. For instance, she says, “we know that sulfur is there so we use a technique to decipher what type of sulfur is there.” That’s useful if you know that an element is there, but that knowledge can’t be taken for granted.

So Schofield and her colleagues brought in some of the latest in modern physics. They took a sample of the Mary Rose’s wood, a 5mm sliver about the diameter of a pencil, to ESRF, a synchrotron light source—a facility that can produce very, very bright X-ray beams—in Grenoble, France.

Their technique relies on watching what those X-rays do as they pass through a sample. Some get absorbed by the materials inside. That’s how a hospital CT scan works; just replace your body with a small sliver of wood. But other X-rays get deflected, or scattered, off the molecules in the material. Detecting those X-rays can give researchers an in-depth map of the sample.

[Related: How scientists keep ancient shipwrecks from crumbling into dust]

Combining those two techniques with the power of computers, researchers can reconstruct the insides of their sample. Turning this technique to Mary Rose wood, the researchers found a variety of particles. They could also measure how far the PEG particles were from contaminants.

Moreover, they found particles that previous methods hadn’t detected, such as zinc sulfide produced by bacteria. Those particles, the researchers think, are an early warning of chemical reactions that can acidify the wood. Finding them could help conservators preemptively stop that.

Their technique also has the benefit of not destroying the sample in the process, something that isn’t always a given in the world of analysis—and something that’s important, considering there’s only so much Mary Rose wood to go around.

“This is the first time this technique has been used on cultural heritage, I believe,” says Schofield, “and I think is a game changer.”