We finally know how fast the glaciers surrounding Mount Everest are melting—and it isn’t good at all. 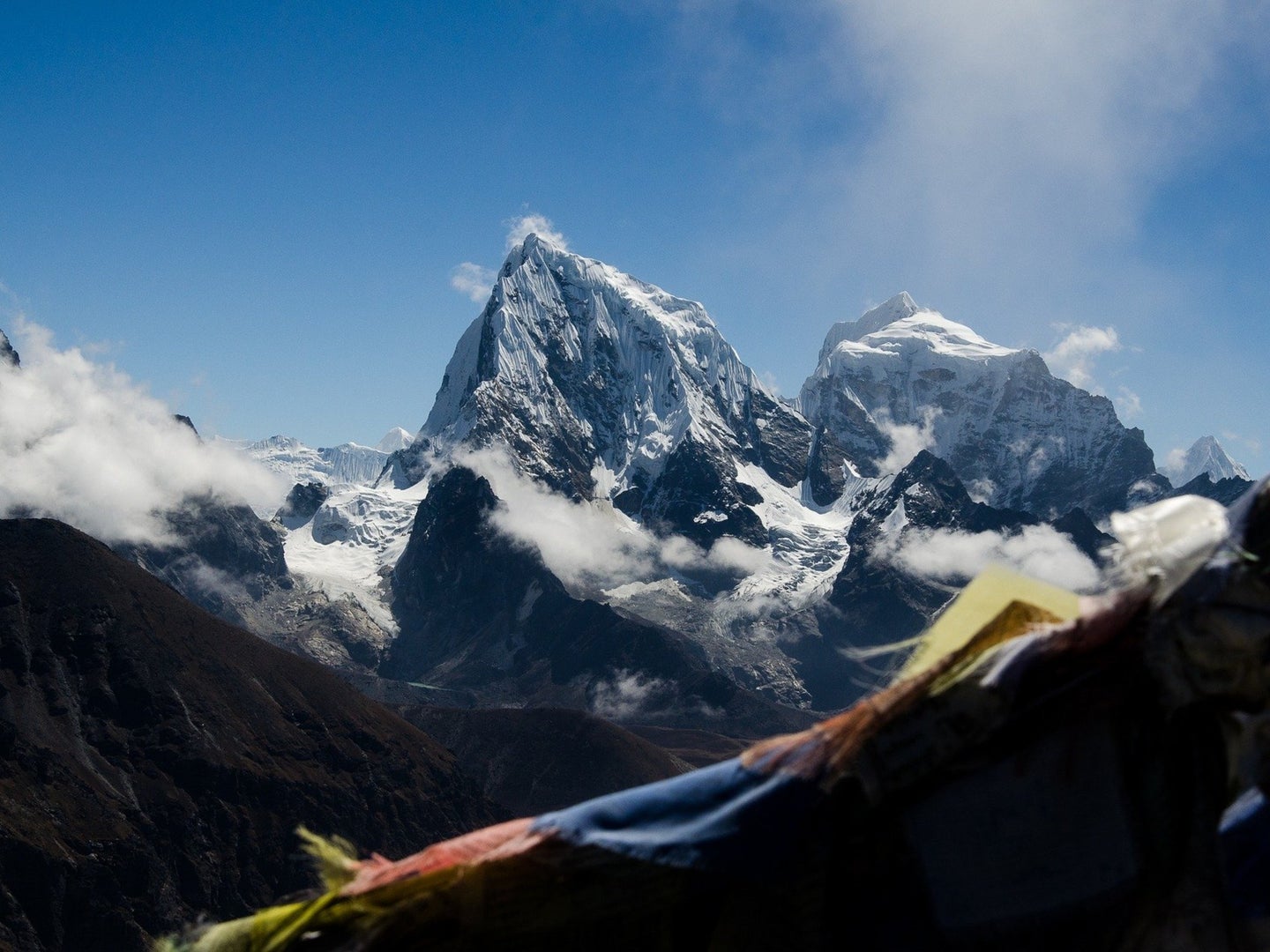 At almost 29,000 feet, Mount Everest is the highest mountain in the World. The melting of its glaciers threatens the water availability for millions. abhishek91yo for Pixabay
SHARE

If you’re in Nepal, you call it Sagarmatha, “Head of the Earth in the Sky.” If you’re in China, the preferred term is Qomolungma, ’’Mother Goddess of the Universe.’’ And if you’re in the West, you probably know it as Mount Everest. At 29,000 feet, the peak is the highest of all earthly mountains, but its height is one of Mount Everest’s least impressive features. Along with the rest of the Himalayas mountains, the glaciers surrounding the peak provide water to a big chunk of Asian rivers. As the area warms due to climate change, those glaciers have been steadily melting for decades, endangering the regular water supply of 230 million people.

Until this week, scientists knew very little about how Everest’s glaciers behaved in the time before the 2000s. Now, a new study presents the most detailed view of Everest’s glacier changes in the last 60 years. 78 of the 79 analyzed glaciers thinned substantially in the last 60 years. In the worst cases, the ice became 328 feet (100 meters) thinner between 1962 and 2018. The thinning of Barun Glacier was particularly alarming: It lost 492 feet (150 meters) of thickness in the last six decades.

“As we move into the future and the region experiences a warmer and warmer climate, we really need to know how the glaciers at the top of the mountain are going to behave,” says Owen King, lead author of the new study and a glaciologist at the University of St. Andrews, in the UK.

His work will be published as part of a special issue of the journal One Earth, which will include 11 papers about the impacts that climate change is already having on Mount Everest. Most of the papers result from a two-month expedition that is creating baseline information to monitor the region’s glaciers, waters, geography, pollution levels, and ecosystems as the planet gets warmer, says Paul Mayewski, the scientific leader of the expedition, and a professor at the School of Earth and Climate Sciences at the University of Maine. “This special edition accounts for like 20 percent of the information we collected,” he says. “I believe this expedition will produce around 50 to 100 new papers. It’s really comprehensive.”

Despite having sparked scientific passions for over a century, most of the information we have about Everest’s melting glaciers only dates back a few decades, says Thorsten Seehaus, a geographer at the University of Erlangen-Nürnberg who wasn’t involved in the study. “We had a long-time series for some specific glaciers that maybe go back to more than 60 years,” he says. The new study analyzed a lot of glaciers in this region that have very different characteristics. That helps the team to identify overall trends.

Putting together the data was probably one of the most challenging aspects of the new research, says King. The team dug up declassified footage of Cold-War-era spy satellites from the 60s and 70s, old-school maps from the 60s, and aerial photographs from the 80s and 90s. Then, they digitized the information to make it compatible with recent satellite images and, more importantly, with laser scans of the area collected in 2019, during the biggest scientific expedition to Mount Everest.

The scans are just a tiny fraction of the monumental expedition (which was funded by National Geographic and Rolex). In the words of Mayewski, the new maps are “the most detailed imagery of Everest and the surrounding region.” They provide a ground base to understand how the glaciers have been thinning and retreating.

After combining the data, King’s team saw in excruciating detail the loss of ice in the glaciers. “Shocked is a good word to describe how I felt,” he says. His team found that while Everest’s glaciers thinned between 1 and 0.4 feet annually in the 60s, they’ve thinned between 1.7 and 0.4 feet every year in the last decade. He already knew things were bad, “but it was alarming that the changes are occurring that quickly.”

This data aligns with what other researchers have been finding in other mountain glaciers around the world. Together, Alaskan and Russian mountains, the Andes, the Himalayas, the Alps, and the Tibetan Plateau’s glaciers have melted enough water to account for up to 27 millimeters of sea-level rise after 1961. Some of them, like the northern portion of the Andes, in Colombia, are expected to be gone by 2030.

“There is sufficient evidence that dramatic changes are going on and that we should react on global scales, not like individual countries doing something,” says Thorsten. Even if he advocates for close monitoring of the world’s mountain glaciers, he thinks those monitorings need to deeply influence future policy. “We have to react. The sooner, the better.”

The lead image for this story was changed as Mount Everest had been cut out of the original image. We regret the error.