Look inside the hidden world of Earth’s most beautiful caves

They’re not the dark, dirty holes you grew up fearing. 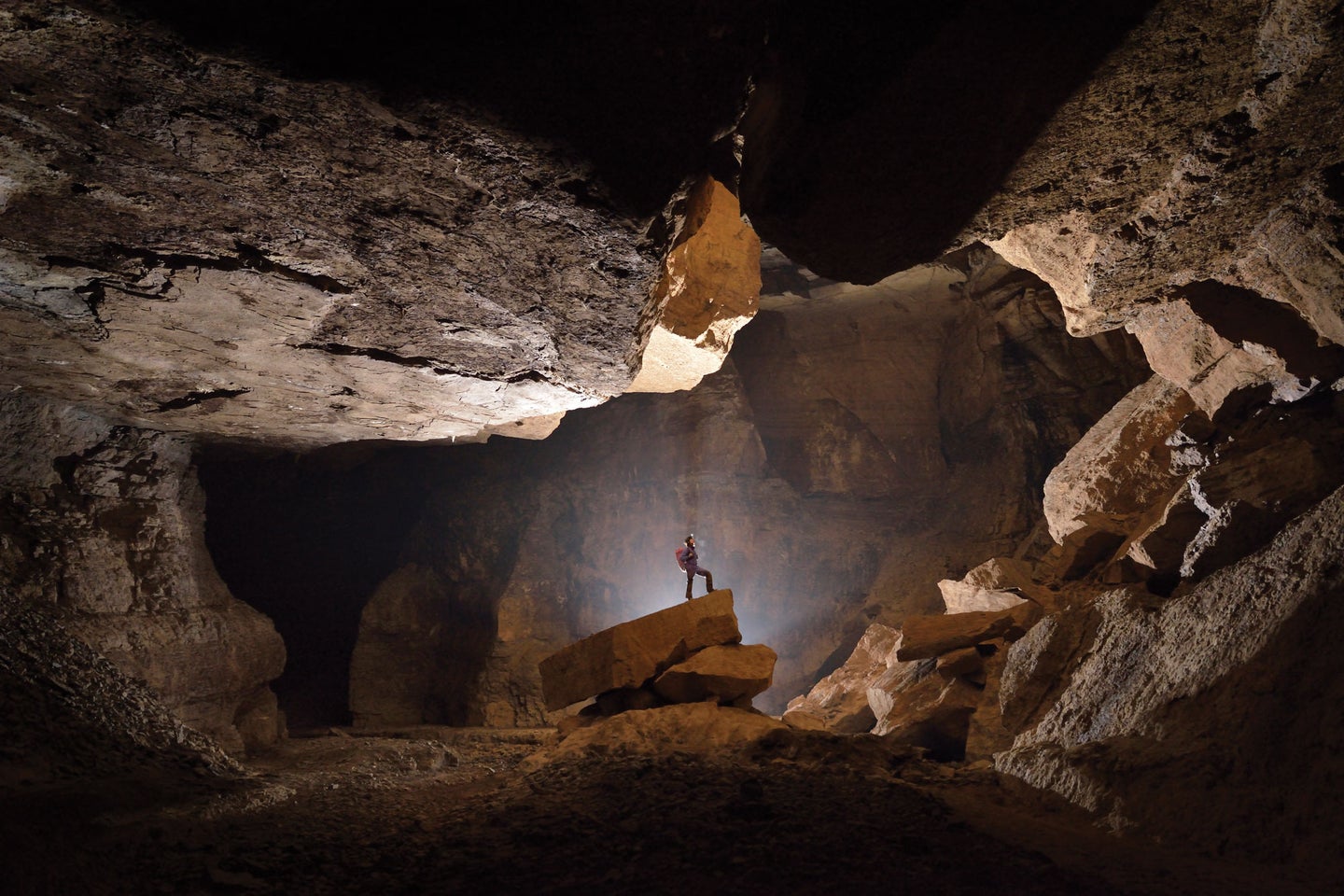 Formed by millennia of rain trickling through bedrock and ice, these recesses act as time capsules for anthropologists, biologists, and climatologists, who search them for precious remnants of life predating even the dinosaurs. Today, caving also attracts nyctophiles seeking calm darkness and self-trained cartographers looking to draw a more complete picture of the planet’s past and present.

Austria-based photographer Robbie Shone dropped into his first “cold, dirty hole in the ground” with an experienced friend while studying landscape art 20 years ago. Since then, he’s descended hundreds of times with cameras and flashbulbs strapped to his back, all to document the surprising diversity of subterranean structures. With each image, he aims to depict caves as places of “safety and beauty,” instead of the stuff of nightmares.

Shone spent around three weeks with an American expedition in the Tongzi cave system in eastern China. After dozens of miles, the limestone maze gave way to a 65-foot-tall gallery, where heavy rocks have dropped from the ceiling to form what the photographer describes as a “bed of Legos.” Standing inside the space, it’s difficult to comprehend its volume: Even the most powerful headlamps, Shone says, can’t penetrate the pitch-black roof, which human eyes have likely never seen.

Lush forests and heavy rainfall in Papua New Guinea make the country’s underground expanses look like Swarovski showrooms. During monsoons, acidic water drips down through the limestone, forming calcite-crystal stalactites on the ceiling. Gina Moseley, a paleoclimatologist at the University of Innsbruck in Austria (and Shone’s fiancée), explains that stalagmites on the ground store clues about the region’s climate and vegetation that could date back half a million years.

This self-portrait depicts Shone posing in the back of a long quartzite cave under Venezuela’s tabletop mountains, known by locals as tepuis, or “houses of gods.” He’d tagged along with an Italian team of microbiologists who were sampling bacteria from the underwater rocks and lakes to, among other things, study topics such as antibiotic resistance. The damp recesses under the tepuis house a rare network of organisms, known as stromatolites.

The Gouffre Berger system in France descends to a nadir that sits 3,500 feet below sea level, about the height of three and a half Eiffel Towers. To get there, cavers spend at least 15 minutes paddling through a freezing, 10-foot-deep river. As Shone’s fellow explorer illustrates here, a waterproof camera bag can serve as a flotation device. In heavier rains, the porous limestone in the well-documented system allows the eroding water to surge to the roof, continuing to slowly carve the rock in the process.

Shone’s companions take in the view in this “fire room,” one of the world’s largest chambers, during a trek in Borneo. The dramatic rift marks where three bodies of water once converged over thousands of years. Gray limestone walls smeared by red, iron-oxidized patches make for a multicolored backdrop. The journey here has its harrowing moments: Snakes, scorpions, and ginormous spiders chased the entourage as they embarked on their day-long hike from the system entrance.

Glacial caves fill with water during the day and then freeze solid overnight, giving climatologists a limited window of time to drop in and study their eccentric, constantly shifting features. Two years ago, Shone and a pack of Welsh researchers had to wriggle down the silky, narrow walls of this chute in Switzerland to measure how quickly the ice was shifting due to the region’s rapidly changing climate. “I guarantee this geology is no longer there,” Shone says.