Museum artifacts are often preserved in mercury, arsenic, or DDT, but chemists are working on ways to clean them well enough for Native people to use again. 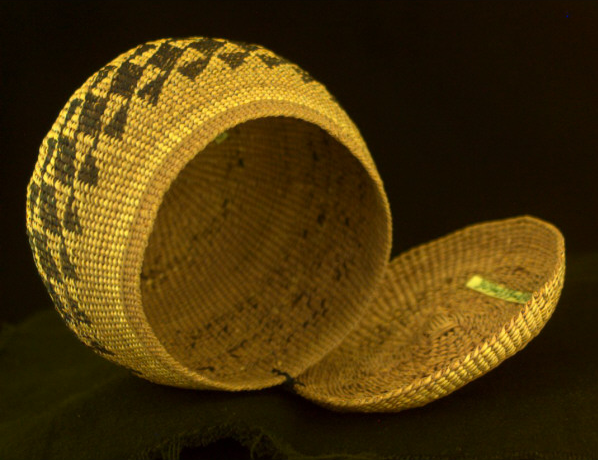 As High Country News describes it, the Hoopa Tribal Museum is more like a borrowing library than a display museum. If you’re a member of the northern California tribe, you can check out the museum’s artifacts to use in ceremonies. Pretty cool.

There’s one strange catch, however. Some of the artifacts are poisoned, literally. Museum staff keep them quarantined in a special room because they’re not safe for would-be borrowers to handle, wear, or keep in their homes. But at least one lab is now developing a cost-effective method for cleaning the artifacts—something tribes could afford and do themselves, High Country News reports.

The poisons, including mercury, arsenic and DDT, are a legacy from European American anthropologists who took the artifacts from tribes during the end of the 19th century and the beginning of the 20th. Anthropologists dipped their stolen clothes, headbands, and prayer sticks in toxic solutions to keep insects from damaging them. Then the scientists put the artifacts into glass-covered museum displays, no touching allowed. This happened not only to objects belonging to the Hoopa, but to tribes all over the U.S.

European-American anthropologists took artifacts from tribes and dipped them in toxic solutions.

Over the past couple of decades, non-tribal museums and other institutions have returned some of these objects to tribes, following the 1990 enactment of the Native American Graves Protection and Repatriation Act. But there doesn’t seem to be a provision in NAGPRA that says you have to clean items before returning them.

It’s not impossible to remove these toxic substances. Curators can apply things like mercury-munching bacteria to worrisome artifacts, but this and other standard treatments are expensive. That’s why the Arizona State Museum in Tucson is piloting a method that uses water, cheap acids and bases, and no special equipment, High Country News reports. In fact, it seems the museum has been working on the problem of poisoned artifacts for years. In 2000, one of the museum’s conservators, Nancy Odegaard, published a paper about the problem in the prominent Journal of the American Medical Association. In 2012, Chemical & Engineering News talked with Odegaard about her efforts to develop a non-liquid-based cleaning technique that could work for delicate items that can’t be bathed.

If Odegaard’s and others’ efforts work, they could encourage tribes to ask for more objects back under NAGPRA. Many now simply avoid asking for objects they know they cannot adequately clean.