How to make a legendary meme

Whether you’re using a meme generator or a more elaborate program, we’ve got tips for you. 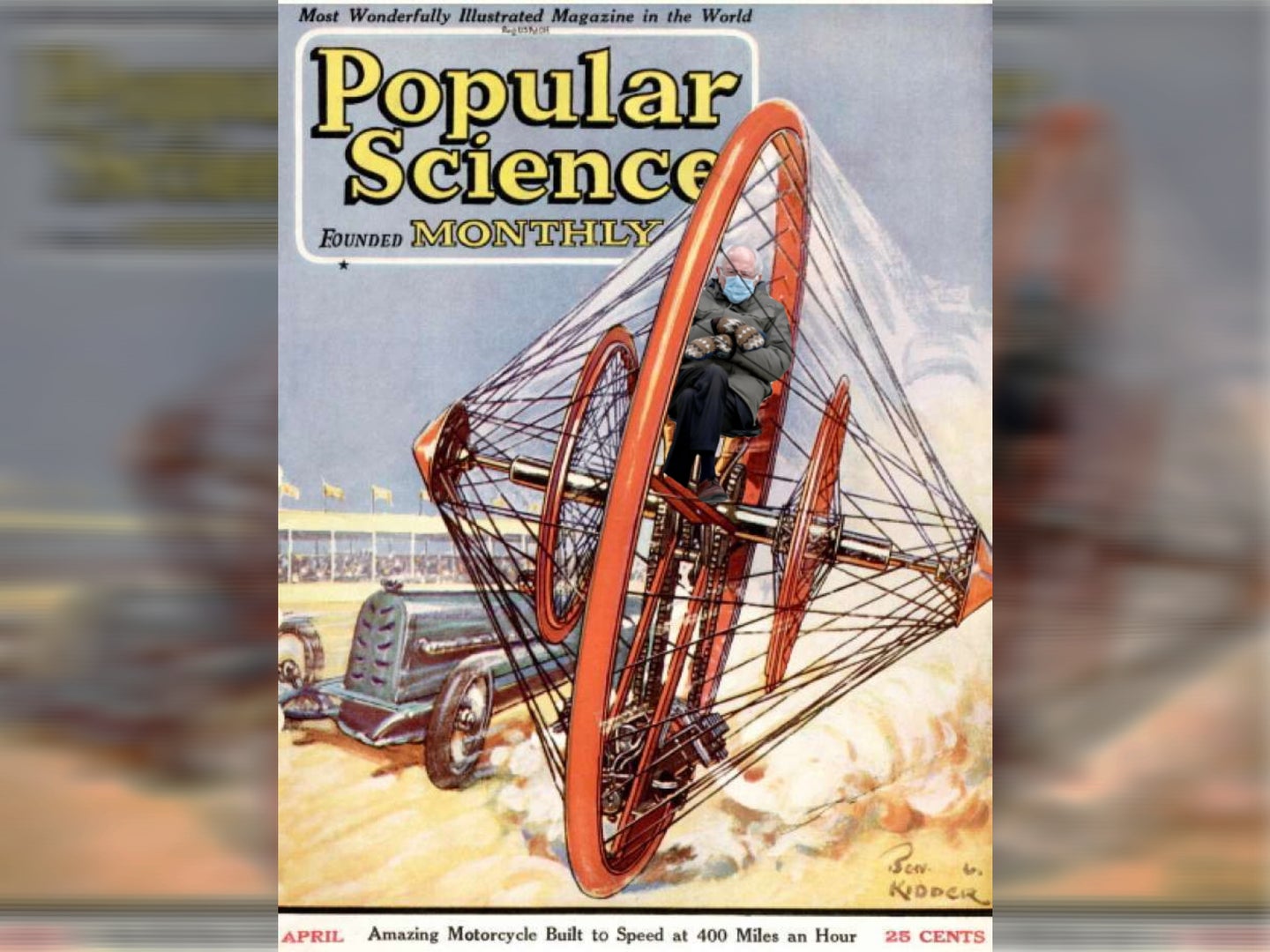 When you have this kind of meme-making power, you can do almost anything. John Kennedy
SHARE

Anything can become a meme, whether it’s screenshots of a laughing seagull, a stock photo model with a particularly pained look in his eyes, or a US senator sitting in a folding chair. If it exists, you can make a meme out of it. We’re pretty sure that’s one of the rules of the internet.

Anyone can make a meme, too. With the right tools, you can whip something up in minutes. Now, you might not make a viral meme, or even a good one, but we’re firm believers that even if just a single person likes what you’ve created, it’s a success. It doesn’t matter if you’re the sole fan of a beautiful abomination.

Memes come in all types of formats, but this story focuses only on images. They’re the easiest to make and the most common.

What to keep in mind

We know you want to be a meme master, but bear with us for a minute as we lay out the basics. Readability, for one, matters. If people can’t read your captions, they won’t get the joke, so make sure your text is clearly legible. Generally, that means choosing a font that’s easy to read in a color that doesn’t clash with the background. You don’t have to stick with black Arial or the classic white Impact with black outline if it doesn’t work, but don’t go wild with over-embellished fonts, either.

You’ll also want to crop your meme properly. It might seem minor (and visually, it often is), but people on the internet will still make fun of you if there’s unnecessary blank space above, below, or to the sides of your creation.

Beyond that, you don’t need to think about much. Sure, it’s great if you’re Extremely Online and understand the ins and outs of internet culture, but there’s also a meme that features a single letter (E), so what really matters is that you’re having fun.

Make a meme with a meme generator

The quickest way to make a meme is to use a meme generator. As the name suggests, this is a website built for churning out cackle-worthy images you can save and share. The best ones, like Imgflip, Kapwing, and ILoveIMG have pretty much everything you need to create a work of viral digital art. We’re going to break down the Imgflip process simply because it’s the one we like and use the most, but you may find you prefer something else.

1. Set a background. When you open up Imgflip’s meme generator, you have two options: use a template or upload your own image. If you choose the former, you can select one of the popular suggested meme formats or search a database of more than 1,500 templates. For the latter, either upload a file from your device or paste an image URL. You’ll also get to decide if you want to share your template publicly (“no” is the default selection”).

2. Add text. Whichever you pick, the next steps are the same. If you want words on your meme, type into the text box(es) to the right of the template. Use the colored squares and gear icon next to each box to tweak the look of the words within (such as color, font, and size). Hit the Add Text button to create another box. You can also click and drag the boxes on your draft meme to move and resize them.

3. Use advanced options to fine-tune your creation. Just above your draft there are icons that will rotate your background, add empty space above or below your meme, and let you draw on top of the image. Below the text entry fields, there’s a More Options dropdown menu but it doesn’t have much beyond a few image effects.

4. (Optional) Add more images. You can also paste more visuals into or adjacent to your template with the Add Image button above your draft. To do so, upload a file, paste an image URL, or use the Search Memes bar to stuff a meme within a meme.

5. Save your meme. When you’re done, check the Private box if you don’t want to share your meme with the Imgflip community, then hit Generate Meme. If you kept it private, it’ll only stay on the site’s servers long enough for you to download; otherwise, it’ll join the sea of public memes. Once you press Download Image, you can change the settings (maybe you noticed a typo), or make a fresh one.

Public memes made by users without an account are credited to “anonymous,”but if you sign up, you can save memes and templates and claim ownership of everything you make.  Each image also comes with a small watermark, but you can remove it by subscribing to Imgflip Pro Basic for $3.95 a month.

Make a meme with an image-editing program

If you’re familiar with a browser-based image-editing program such as Photopea, an open-source one like GIMP, or a paid piece of software like Adobe Photoshop, you can use it to create new, unique, or elaborate memes. Canva, a powerful graphic design platform, even splits the difference by offering a meme generator of its own. There will be differences between programs, but the concepts should be about the same. We’re using Photopea because it’s the easiest one to access on a whim, but you will need an internet connection.

1. Set a background. First, get yourself set up with a background, whether it’s an existing meme template or a personal photo. In Photopea, use File > Open to grab an image from your device, or File > Open More > Open from URL to paste an image URL.

2. Add text. You can add text by selecting the type tool on the toolbar to the left (it’s a big “T”), dragging your cursor across your background, typing into the resulting box, and changing its look by playing with the options in the toolbar at the top.

But that’s basic stuff. The real bread and butter of these programs is making something so delicious that it would belong in the Metropolitan Museum of Memes (if we had one). Often, that means merging one image with another.

3. Open another image. If you don’t want to alter your second image at all, or only need to do minimal work with it, you can use File > Open & Place to plop it directly atop your existing background. If there’s more to do (like extracting a small part of a much larger photo), use one of the standard opening procedures to get it in a separate Photopea tab.

4. (Optional) Remove and relocate part of your second image. First, choose the magnetic lasso tool (click and hold the lasso icon in the left-hand toolbar, then pick Magnetic Lasso Select). Click once to establish a starting point and navigate your cursor around the object you want to select. It should “stick” to the edges of whatever you want to remove, creating anchor points along the way. If it goes rogue, move your mouse to rein it in or hit Delete (Command + Delete on a Mac) to remove previous anchors one at a time. Return to and click on the first anchor point to complete the selection. Then use Edit > Cut to grab it, head back to your base image, and use Edit > Paste to drop it in.

5. Resize and position your second layer. Whether you did Step 4 or not, you now have one image on top of another. It’s probably the wrong size and in the wrong place, though. Make sure you’ve selected the proper layer in the menu to the right (usually Layer 1), and check the Transform Controls box on the upper toolbar. Then, use the anchor boxes on the corners and sides of the layer to resize and rotate it, and the move tool (a cursor arrow icon with a plus sign next to it) to relocate it.

7. (Optional) Really go for the gold. You might have a great meme after Step 6. Awesome. But if you want to do a little extra work, now’s the time. To make it look like your second layer is behind something that’s part of the background, drop the opacity (on the right-hand side of the screen) until you can see through it. Something around 75 percent should work nicely. This lets you erase parts of the second layer while still seeing how it will line up with what’s behind it. You may also want to blur, sharpen, or alter your layer further to make it match better with the scene you’ve dropped it in.

8. Save your meme. When you’re ready, go to File > Export as and choose a filetype.

You may have a long way to go before the internet (or even your friends) consider you a memelord, a meme queen, or some other member of the meme royalty, but you’ll always be one in our eyes.