How to grill meat over an open fire 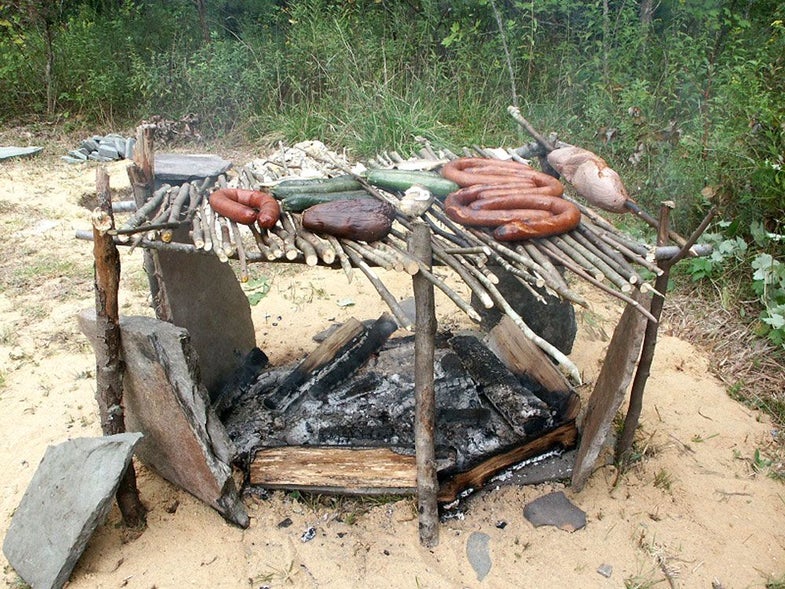 A modern-day greenwood grill in use. Tim MacWelch
SHARE 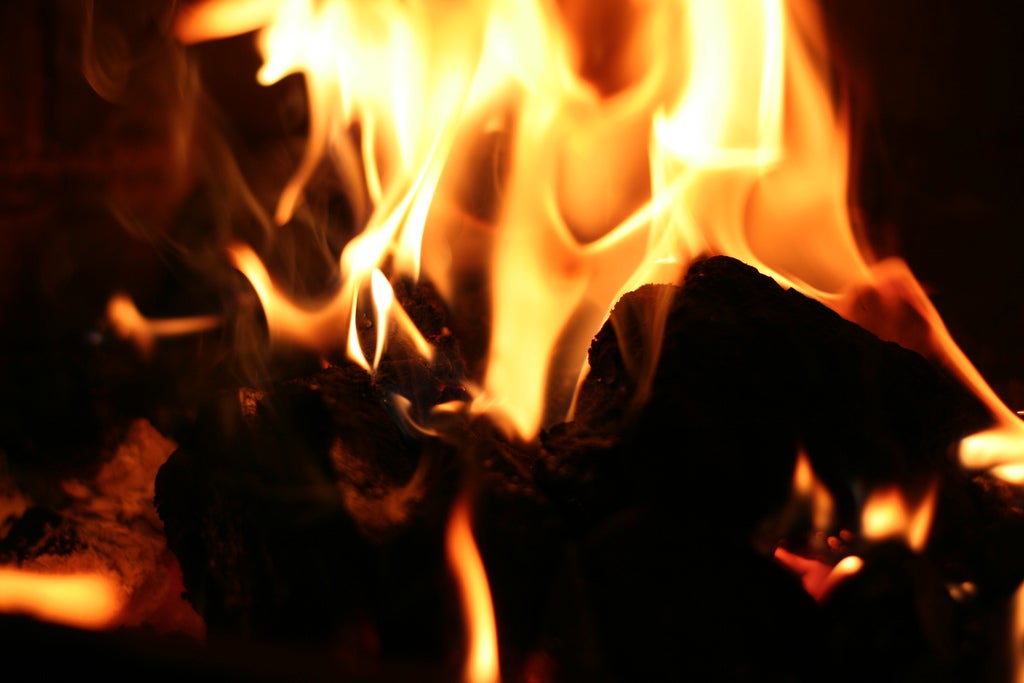 This story was originally published on OutdoorLife.com.

Summer is the time for that age-old custom, the barbecue cookout. But this tradition’s roots reach further back into history than you might think. For example, did you know that your barbecue owes a debt to pirates?

If you were a sailor (or pirate, or conquistador) in the Caribbean in the 1600s, you would have likely encountered the Arawakan Indians throughout the West Indies. In this warm and humid climate, meat and fish had to be cooked or dried quickly to prevent spoiling—and the native people had an efficient system of preservation. Animal foods were cooked, dried, or smoked on a rack of fresh-cut sticks over a bed of coals or a fire. In the Arawak language Taino, this cooking technique was called barbacòa. Through decades of misspellings and mispronunciations, the word eventually morphed into the lip-smacking word we use today: barbecue. These wooden racks aren’t just the source to the word barbecue. The English word buccaneer comes from the word boucan, which refers to the wooden framework for meat drying and cooking. It turns out some rough characters made their living by preserving meat on boucan racks to sell to passing ships, and occasionally they would take one of these ships. So in short order, the word buccaneer (originally, meaning jerky maker) became synonymous with the word pirate.

Follow these steps to build your own boucan for traditional barbacòa:

I love roasting sweet corn this way, just as people have for centuries. And over the years, I’ve learned a lot about greenwood grills, mostly from accidents and mistakes. Now you can take advantage of that experience and save yourself some trouble.

When cooking with this grill, it’s best to:

Tim MacWelch is the resident survival expert at Outdoor Life, and has been a survival instructor for two decades. He’s also the author of multiple New York Times Bestsellers. You can sign up for classes with Tim via this link.