Unlike the false “Bernie Sanders Glowsticks” 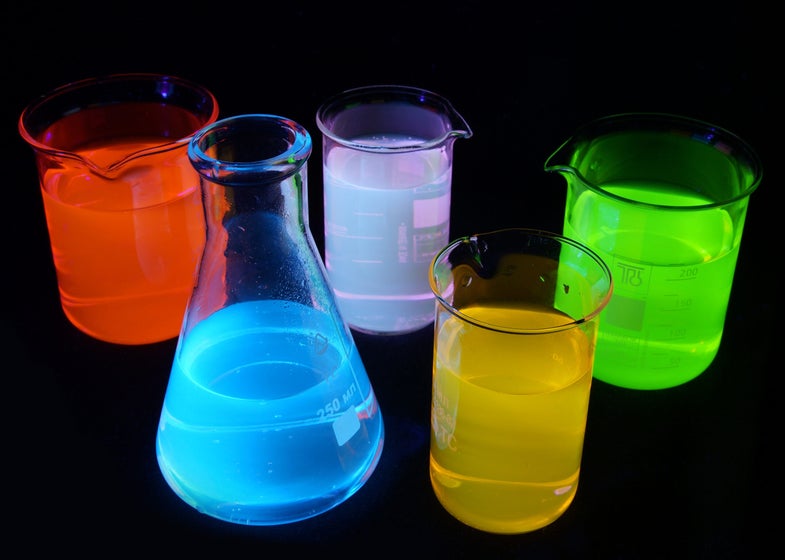 The Internet can be a dangerous place. An infographic claiming to be instructions for DIY “Bernie Sanders Glowsticks” suggested that liberals mix rubbing alcohol with chlorine tablets to create a bright blue glow in a bottle. But as it turns out, this mixture doesn’t glow so much as blow—it creates a dangerous explosive reaction.

The instructions are actually the work of a troll from 4chan-esque site “Ponychan,” apparently an attempt to trick Sanders supporters into building homemade bombs. But while alcohol and chlorine is a dangerous combination (that you should not try at home), alcohol CAN be used to make the best kind of glowsticks—the kind you drink.

Some tasty alcoholic beverages have the ability to glow in a variety of colors. Unlike real glowsticks, however, these only work in the presence of ultraviolet light. Luckily, you can buy a UV LED that’s safe to drop in a drink. So no matter who’s got your vote, you can find a cocktail that will glow the right color, add a blacklight, and have a political party.

Democrats might want to stir up some vodka or gin with tonic water, which glows blue. Republicans can get their potables by making oil from fresh mint leaves, which will glow a pinkish-red color in a GOP mojito. Even Green Party supporters are covered: Drinks rich in B-vitamins (such as Red Bull) will glow verdantly under a UV light.