How To Build A Jacob’s Ladder 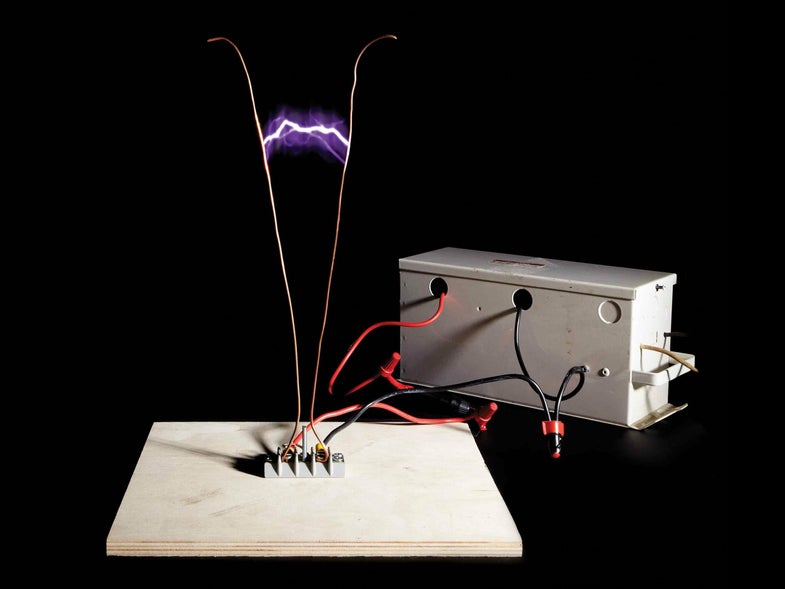 When you make your own DIY Jacob's Ladder, stay away from the electrodes by covering the device with a clear container. Photograph by Brian Klutch
SHARE

This year is the 85th anniversary of quite possibly the greatest monster movie ever made: the original Frankenstein with Boris Karloff. The classic film gave us now-common horror tropes such as mad scientists in ill-fitting lab coats, angry mobs with torches, and of course, the transformational power of high-voltage electricity.

Of the movie’s many amazing machines (real and imagined), the Jacob’s Ladder is perhaps the most iconic. It consists of two vertical wires, connected by a buzzing electrical arc that slowly travels upward. The science behind a Jacob’s Ladder is simple: When voltage is applied between conductors—in this case, the two wires—electrons on the positive side want to leap to the negative side. To do that, they have to over- come the insulating barrier of air between the wires.

If you crank the voltage high enough, the electrons break free and turn the air into plasma. Since plasma is a great conductor of electricity, an arc appears between the wires. The heated air around the plasma is less dense than the air above, so it moves upward. The electrons follow, causing the arc to travel. The effect makes for a spectacular movie prop—and an even more impressive garage attraction.

WARNING: Use in a well-ventilated area. Never touch or go within a foot of the electrodes when the transformer is plugged in—it could cause injury or death. 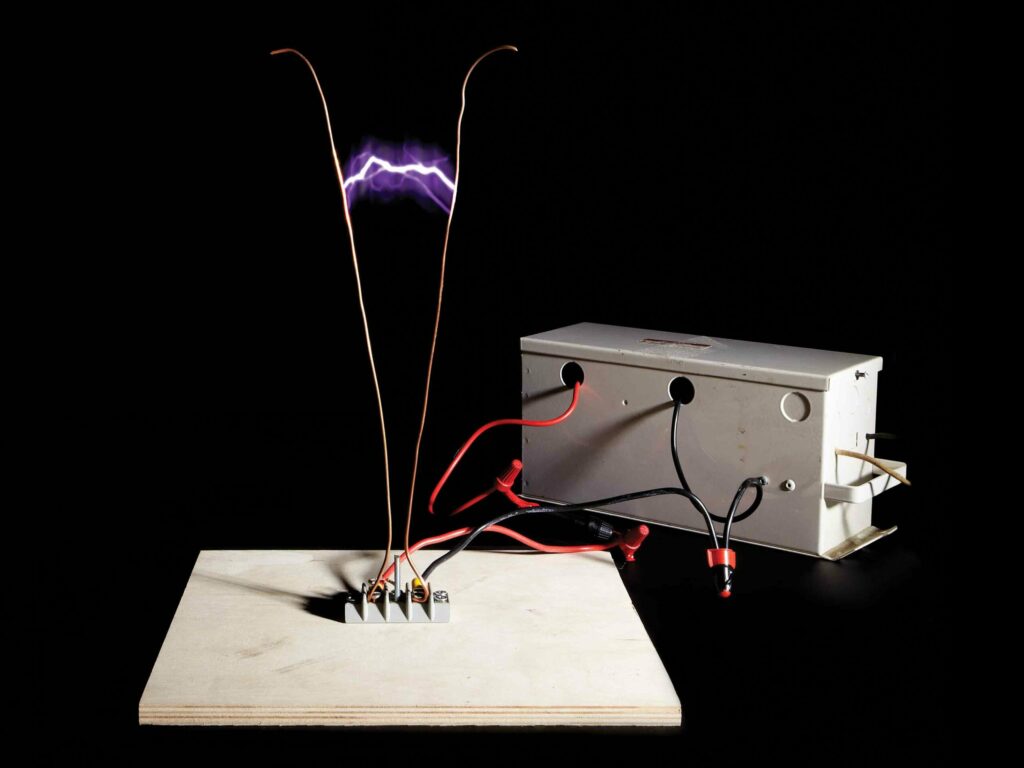 When you make your own DIY Jacob’s Ladder, stay away from the electrodes by covering the device with a clear container.

This article was originally published in the March/April 2016 issue of Popular Science, under the title “Unleash Your Inner Mad Scientist with a Jacob’s Ladder.”

build it
build it yourself
DIY
electricity
forensic science