Customize your Android TV with these seven tips

Google built it, but you are its master. 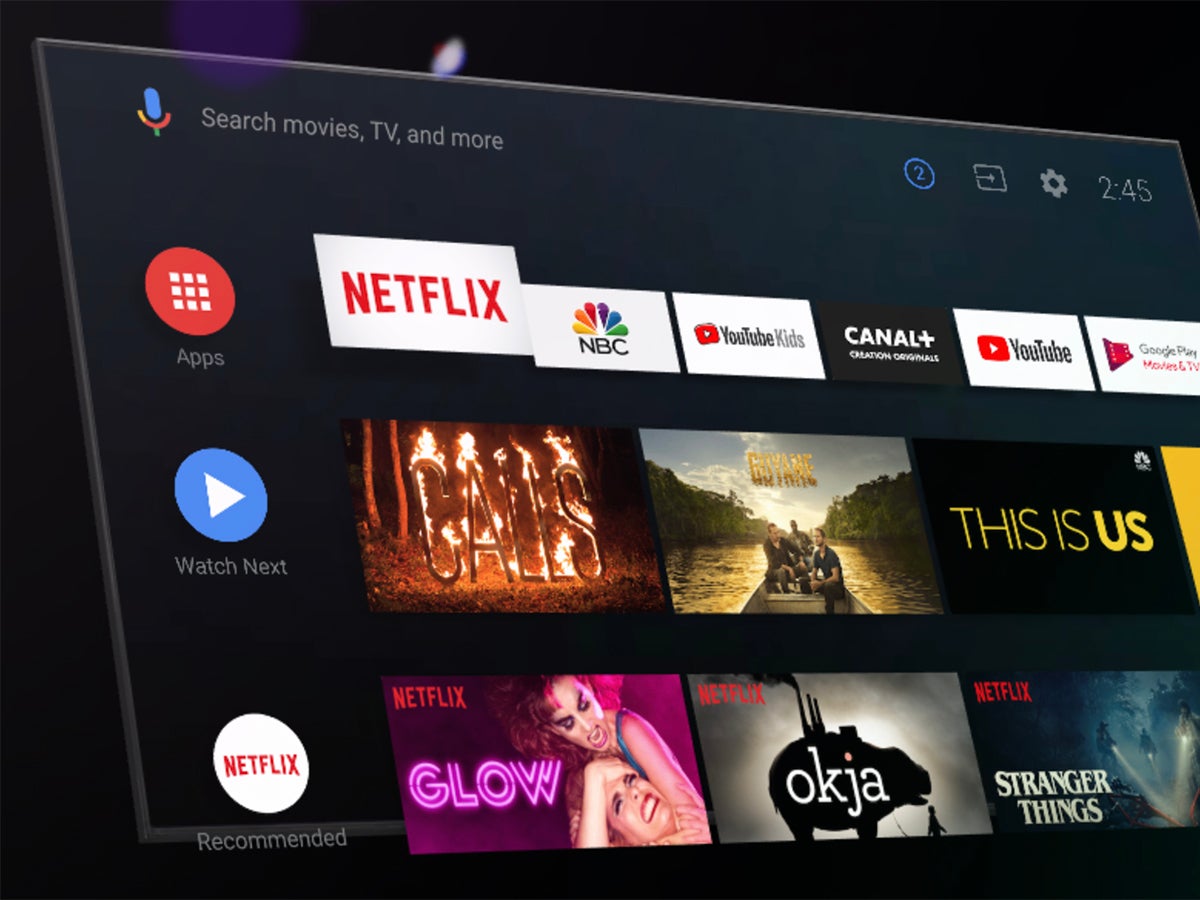 If you've got an Android TV, you'll want to know how to use it to its full potential. Google
SHARE

Android TV comes installed on a growing number of televisions (from manufacturers including Sony, TCL, and Sharp), and is also available on standalone devices including the Nvidia Shield TV. It’s particularly useful if you’ve already got other Google or Android devices, but many users may have only scratched the surface of what it can do.

Dig a little deeper into the software and you’ll discover a variety of features and tricks that can make your Android TV experience more useful, more efficient, and more fun.

You won’t want to waste valuable TV-watching time working your way through menus and configuration screens, so get fast access to the Android TV settings you use most often by stocking up the Quick Settings panel.

This panel will appear at the top of the screen whenever you use the cog icon (top right) to open the settings, and you’ll be able to easily access anything you save there with just a couple taps on your remote control.

To get started, open Settings. Then pick Device Preferences, System, and Customize Quick Settings. From there, set up quick links to power off your Android TV device, restart it, show the on-screen keyboards, and more.

2. Change up your home screen

The Android TV home screen displays rows of installed apps, plus a “Play Next” row where selected apps will preview content they think you might like: the next episode of a show on Netflix, or a recommended YouTube video, for example.

You can customize all of it. Just open Settings and choose Device Preferences, followed by Home screen—you’ll be able to change the order of apps as they appear on the display and choose the apps featured in the Play Next row.

If you don’t like how some apps start playing audio and video clips as you scroll across the home screen, you can disable previews from the same menu (or enable them if that’s your thing).

3. Launch Google Assistant with your voice

Just like with your smartphone or smart speaker, you can access Google Assistant on your Android TV. Launch it via the colorful microphone icon at the top of the home screen, or simply say “OK Google” within earshot of the device.

To make sure voice activation is switched on, open Settings, then pick Device Preferences, Google Assistant, and Enable “Ok Google” detection. If it’s already on, you’ll see an option to disable the feature.

This setting isn’t available on every Android TV device, so if it doesn’t show up, the hardware you’re using won’t ever respond to an “OK Google” voice command. You can usually launch Google Assistant from the remote instead.

Whether the Google Assistant on your Android TV responds to your voice or not, it’ll answer all the standard Google Assistant questions. You can find out what the weather will be like tomorrow, get the latest sports scores, and run conversions or calculations, to name a few.

The Assistant comes in handy for browsing as well—it’s certainly easier than tapping out searches on a remote control. Try searching for “Tom Hanks movies,” “comedy shows,” or whatever it is you want to watch next. You can also specify certain movies or shows, so “Play ‘Stranger Things’” works, too.

Your Android TV assistant will also control your smart home devices, so you can, for example, dim the lights in the living room for a more theater-like experience. For this to work, you’ll need to have added your smart home devices to the Google Home app for Android or iOS and be signed into the same Google account on your phone and TV.

Your Android TV can be useful even when you’re not actually watching anything: Open Settings, and choose Device Preferences, followed by Screen saver, to decide what your device does when it’s idle.

Among the screen saver options are a colored gradient background and the standard Chromecast backdrop, which cycles through images of landscapes, nature, and cities. You can also choose how long your Android TV will wait before starting the screen saver.

Strangely enough, you can’t use your Google Photos images as screen savers, but third-party app Fotoo fills the gap (search for it in the Play Store on your Android TV). It works with Google Photos and other services, including Dropbox, and it’s free in its basic form (a $10 upgrade will get you extras like unlimited photo skips and transition effects).

6. Use your phone as a remote

TV remote controls aren’t great input devices if you need to do anything complicated. They’re really only good for nudging the channel up or down, changing the volume, and doing other basic actions.

Typing out passwords or search queries can take a tediously long time on a remote, but your phone can stand in instead. All you’ll need is the Android TV remote app for Android or iOS.

As long as your devices are on the same Wi-Fi network, the connection will be automatic. You can use the remote app to move through menus and screens, type out text, and access the Google Assistant.

Every Android TV doubles as a Chromecast, and that means you can cast audio and video to it from dozens of apps on your phone or tablet—just look for the Chromecast button inside your apps (a rectangle with what looks like a Wi-Fi icon in the bottom left corner).

As long as your Android TV is on the same Wi-Fi network as your phone or tablet, the TV should pop up as one of the available Chromecast devices. You won’t need to enable or configure the device in any way.

You might find it easier to cast music from Spotify, or video from YouTube, rather than going through the apps on the Android TV device itself. Using the Chromecast method also enables you to use your phone or tablet as a remote control.