Bimonthly, fortnightly, and other complications: Here’s how to talk about time

Set your watch to this helpful guide. 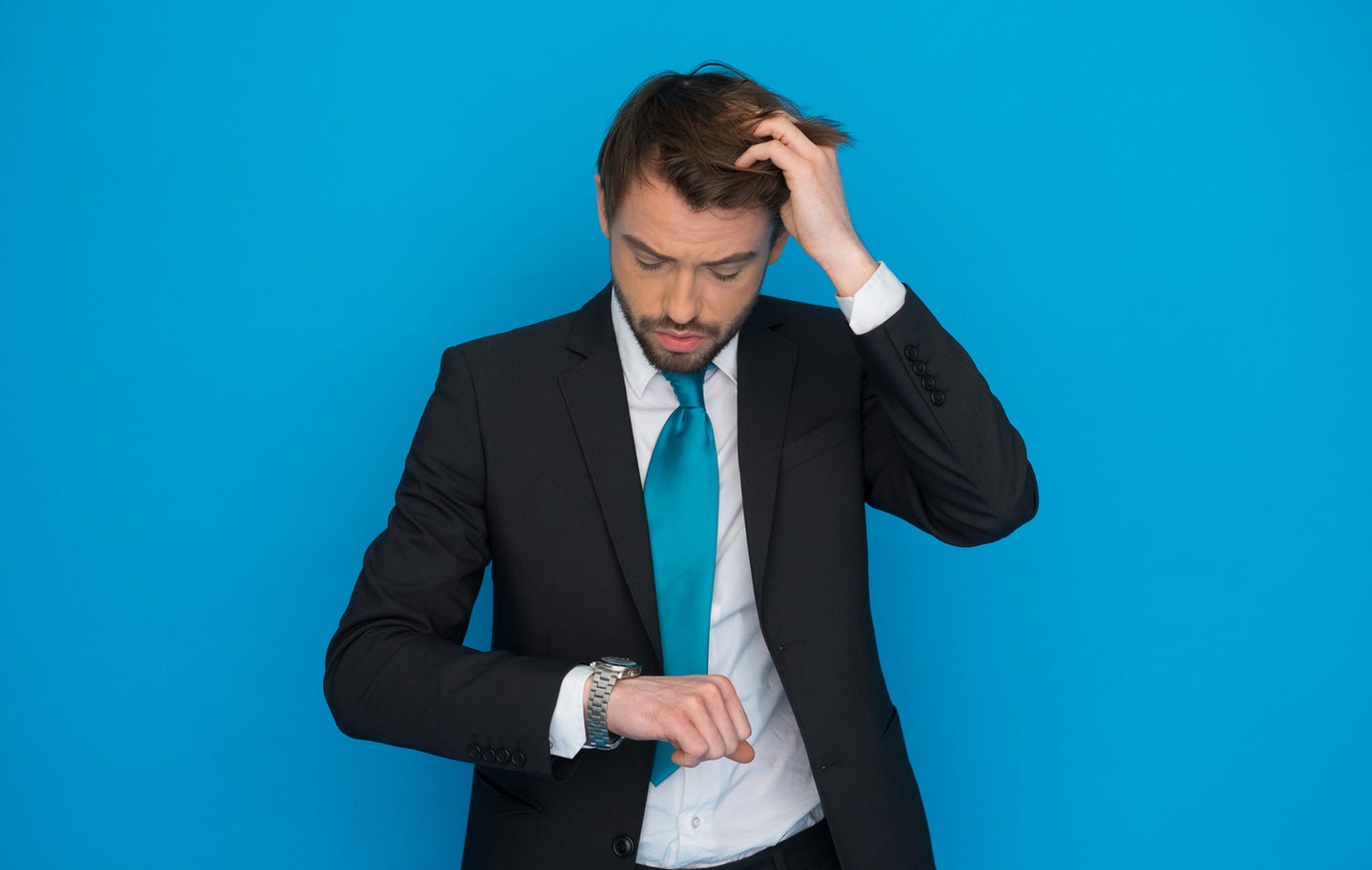 Wait, when were we supposed to meet?. Piotr Stryjewski via Deposit Photos
SHARE

So your friend wants to meet at “nine o’clock next Saturday.” But when the hell is that? If it’s Friday, do they mean “tomorrow”? Or do they mean “nine days from now”? And are you meeting at nine o’clock for a nice breakfast or a post-dinner drink? Face it: how most people talk about time is horrendously broken.

Sometimes, even the English language itself isn’t sure. If you get paid bimonthly, are you paid every two months or twice a month? Got your answer? Let’s check the Merriam-Webster dictionary:

It’s the same thing with biweekly, which means both twice a week or every two weeks. There’s an annoyingly technical reason for that.

“Biweekly and bimonthly each have a pair of meanings that are unhelpfully at odds with one another. Those meanings exist, and we cannot ignore them. The problem lies in the prefix bi-: it means (among other things) both ‘coming or occurring every two,’ AND ‘coming or occurring two times.’ This too is a long-established fact that we cannot ignore. English is sometimes simply obstreperous,” say the folks at Merriam-Webster.

But then, sometimes, English is wonderfully specific: biannual means occurring twice a year, while biennial means occurring every two years. Perfect, right? Sadly, no. Since there’s no official committee that decides “good English,” and enough people improperly use biannual when they mean biennial, Merriam-Webster also records a second meaning for biannual: a synonym for biennial.

So, what’s the fix? You can’t guarantee that other people will accurately and specifically talk about time and date, but you can fix your own bad habits and learn to communicate clearly. That way, you won’t be at fault if your friend shows up for breakfast 12 hours late.

Most of the world uses the 24-hour clock for pretty much everything. You’ll see it on public clocks, train timetables, airport departures boards, cinema listings, texts from friends, and in so many other places. Understanding that 16:00 is 4 p.m. and not 6 p.m. is just a part of life.

The easiest way to get more specific about times is to just embrace it. When you’re messaging friends, use the 24-hour time. If they seem confused, stick the backwards, out-of-date 12-hour equivalent in brackets along with a suitably scathing emoji. And if you want to make sure that it becomes second-nature to you, like it is to most of the world, set your smartphone and computer to use the 24-hour clock.

Of course, when you’re actually speaking to your friends, unless you want to go all-in, smear yourself in camo face-paint, and growl, “Let’s eat at 17-hundred hours,” you’ll probably still have to say “five o’clock—just make sure to specify breakfast, dinner, morning, or evening.

When is next Saturday?

When it comes to days of the week, it’s easier to be specific: just avoid the all-too-common ambiguous sentences and your meaning will be clear. In practice, that means not saying things like “next Saturday,” “this Friday,” “on Saturday,” and “last Sunday” without qualifiers.

Instead, it’s best to say:

Using “tomorrow,” “yesterday,” “in two days,” and the like, can also work, so long as the person will get the message immediately, like when you’re talking to them in person. If they’re 24 hours late reading a message that says something’s happening tomorrow, things get confusing, fast.

Or you could just give the date. “Saturday the 12th,” is pretty hard to muddle up.

You can use the more-common meanings of the words you’re used to all you want, but people are going to be familiar with all possible definitions and will still likely be confused.

The best solution, then, is to avoid using any of the bi- words unless their meaning is absolutely clear from context. When you want to say every two weeks or months, you can just say that. “You will be paid every two months,” is unambiguous. When you want to say something occurs twice, consider the prefix “semi-.” Semiweekly absolutely means occurring twice a week, semimonthly means twice a month, and semiannually means twice a year.

Though, one final note. In the U.K. and Ireland there’s the wonderful old word “fortnightly” (from fourteen-nights) that’s used to mean something occurs every two weeks. If you want to show off, use that.

There’s always going to be a certain amount of confusion when you talk about time. It’s an inherently nebulous concept, but if you’re super-specific in how you communicate, you can make life easier for everyone—and not be blamed when people get things wrong.