Good Idea/Bad Idea: Use A Belt Sander To…

Any piece of technology can be used for good or for evil. 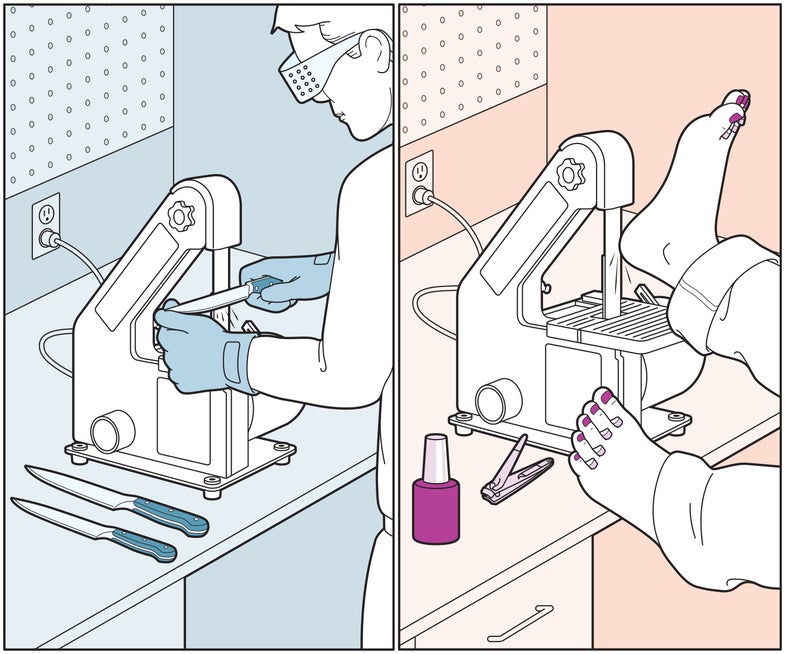 Belt sanders may smooth floors and strip paint, but YouTube user wyldediver demonstrates how they can also breathe new life into dull blades. To sharpen yours, start with a 150-grit belt. Slowly run one side of the blade across the belt a few times using light pressure (the sharp edge should point down at an acute angle to the belt). Next, sand the other side. Turn off the sander, swap in a 240-grit belt, and sharpen again. Repeat the cycle for 400-grit, 20-micron, and finally 9-micron belts. Buff away any flecks with a leather sanding belt treated with polishing compound.

Long nails? Callused feet? You’ll need help, just not from this power tool. Sanding belts move upwards of 1,000 rpm, so contact could leave you abraded at best, amputated at worst.

WARNING: Wear gloves and eyewear that will protect you from sharp blades and flying bits of metal. And don’t do the bad idea. (It’s a bad idea.)

_This article originally appeared in the January 2014 issue of _Popular Science.