Watch A Guy Build A Forge With His Bare Hands

The Primitive Technology Youtube channel has advanced to the Iron Age 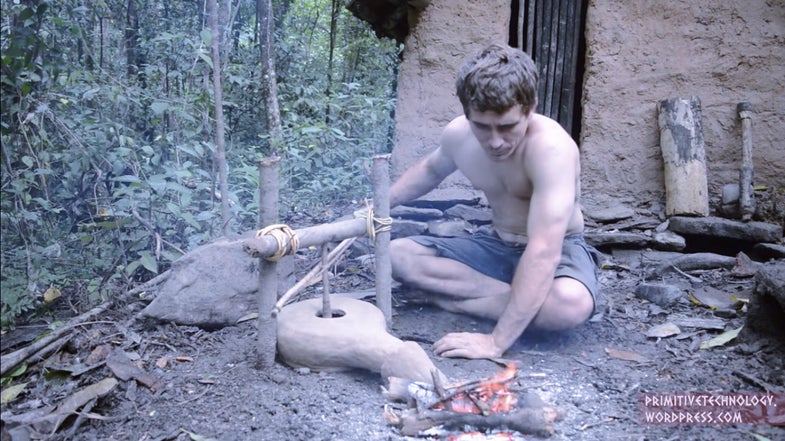 Primitive Technology is one of Youtube’s best channels. One guy with a camera, in the wilderness, building technological marvels with his hands and the stuff he finds in nature.

But this week, Primitive Technology gets a little less primitive, as it appears we’ve seen the channel’s entrance into the Iron Age.

Our strong, silent-type hero first creates a rudimentary fan, which he then crafts into a bellows, which he then further complicates into a forging oven. And after he takes some rust-colored mud and cooks it down… well, see for yourself what he makes: