Bend A Laser Beam With This Easy, Physics-Defying Experiment 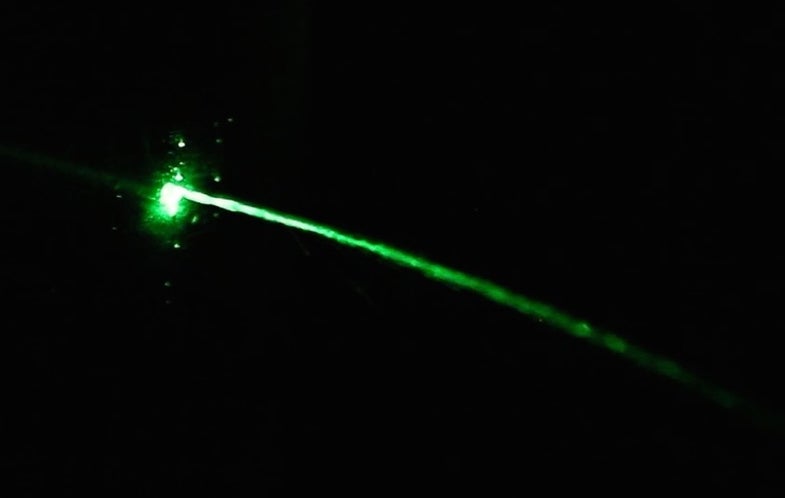 Want to defy physics? This experiment makes a straight laser beam appear to bend into a curve.

Fasten a laser pointer to a flat surface, positioned so it shines horizontally through a full plastic water bottle. Poke a hole in the plastic where the beam of light exits; water will spill out in an arc. (Use a bowl to catch the runoff.) The laser light will appear to bend along with the water. How is this possible?

According to Snell’s law, a ray of light will change its angle when it hits the boundary between one medium (water) and another (air). So the light is actually bouncing back and forth in straight lines within the stream of water, as if trapped in a hall of mirrors.

This article was originally published in the September/October 2016 issue of Popular Science, under the title “Bend a Laser Beam.”