There will be a backlog of commercial-airliner orders as the company works out its safety issues and waits for FAA clearance. 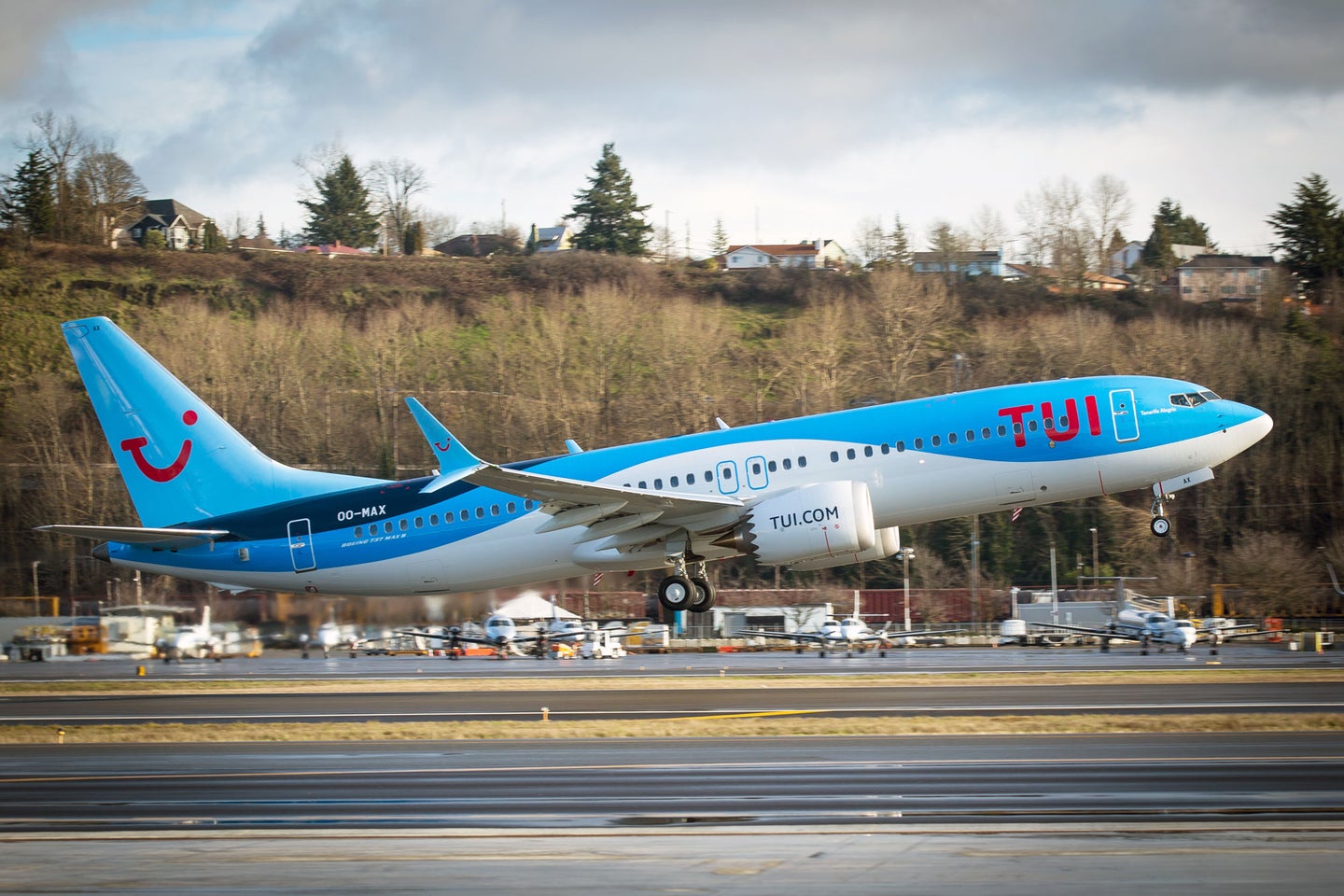 A TUI Group 737 Max 8 departs Renton, Washington. The aircraft has been in flux after major accidents in Indonesia and Ethopia killed more than 300 people. Boeing
SHARE

This week’s announcement at Boeing’s Chicago headquarters of the company’s plan to halt 737 Max production in January 2020 was not much of a surprise to anyone. Despite the troubled airplane’s grounding in March 2019, America’s top manufacturing exporter continued building 42 airframes each month, creating a backlog of more than 400 finished airplanes waiting to be delivered.

Boeing’s costs for the tens of thousands of parts used to create each airplane represent hundreds of millions of dollars for which the manufacturer has yet to be paid because those aircraft were never delivered. The Max is not expected to fly again until sometime in the second quarter of 2020. Boeing also faces rising expenses to once again prepare these newly built, but grounded airplanes for flight once again, as well as the nearly 100 other Maxs that were delivered but also grounded in March. Experts say that work could drag into 2021.

Boeing says it does not expect to reduce the company’s 12,000-strong workforce at the Renton factory because of the production line stall, but that could be just short-term news designed to carry the builder and its employees through the holidays. The proof of those promises won’t really become clear until February should there be no Max light at the end of the tunnel for Boeing.

There are mounting reparation costs to airlines that Boeing is on the hook for those companies awaiting delivery of aircraft for which they placed orders—and those operational airplanes that were grounded—that may have proved to be too much for Boeing’s board of directors. The Wall Street Journal reported Boeing settled with Southwest Airlines alone to date for approximately $830 million. Separately, the Southwest Airlines pilots union in October sued Boeing for additional sums they claim are due pilots for wages lost because of the grounding.

The FAA’s new administrator Steven Dickson has outwardly been of little help to Boeing since the regulator, all too happy in the past to allow the aircraft builder to self-certify much of the Max, played a huge role in creating the crisis itself. Dickson has made it clear that ever since the grounding, Boeing’s expectations on getting the airplane flying again have been unrealistic. The FAA chief said re-certifying the Max will take as long as it takes, period. Boeing’s manufacturing hiatus has made it fairly simple for rival Airbus to assume the role of the company delivering more commercial aircraft than any other builder.