A Volcanic Asteroid Roamed Our Solar System Billions Of Years Ago 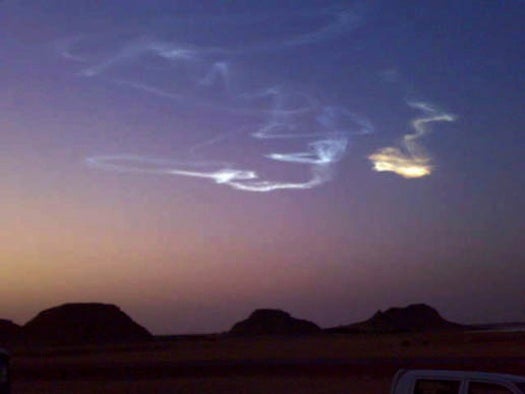 This cellphone photo shows the contrail left by asteroid 2008 TC3, from which researchers gathered evidence that early Solar System bodies could be volcanically active. Image by Shaddad, accessed via NASA
SHARE

The objects that dominated the Solar System early in its history may have been small…but they didn’t lack flair. A new study has found that at least one early Solar System object — likely hundreds of kilometers or smaller in diameter — hosted volcanic activity.

The study offers evidence that volcanism arose in the Solar System earlier than astronomers had previously predicted. A team of geologists from Germany and France found, in meteorites, rocks that were made by volcanism on a small asteroid — 4.6 billion years ago. “I would have thought that these kinds of rocks could only have formed much later, on larger bodies like Earth. But to have this happening on asteroids so early is fantastic,” the study’s lead scientist, Addi Bischoff of the University of Münster in Germany, told ABC News in Australia.

The evidence comes from just one greenish, palm-sized fragment of an asteroid that came hurtling to Earth in 2008. Bischoff’s team found that the chemistry of the fragment, which is named ALM-A, shows that it was once part of a primitive body with volcanic activity. 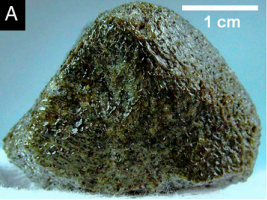 How ALM-A journeyed from its volcanic home to a lab in Germany is a complex — and violent — story. ALM-A and other chemically similar meteorites found on Earth are believed to have once been part of a primitive asteroid called the Ureilite Parent Body. That’s the thing that would have been volcanic. Then, at some point, the Ureilite Parent Body collided catastrophically with another object, sending ALM-A and other bits out into space. Eventually, a mixture of gravity and electrostatic charge caused some of those pieces to re-form, along with other fragments, into the asteroid 2008 TC3. When 2008 TC3 came to visit Earth, it shattered again, this time into hundreds of pieces, miles above the surface of the Earth.

A fun fact about 2008 TC3 is that it was the first asteroid astronomers were able to predict would hit the Earth before it actually did. NASA forecasted 2008 TC3’s trajectory, landing time and landing site within kilometers of the true site in the Nubian Desert in Sudan. After its impact, astronomers went out to fetch the pieces to study. So ALM-A has had a rough journey, but its composition is believed to have changed little since its origins.

Bischoff and his team published their work this week, in the Proceedings of the National Academy of Sciences.