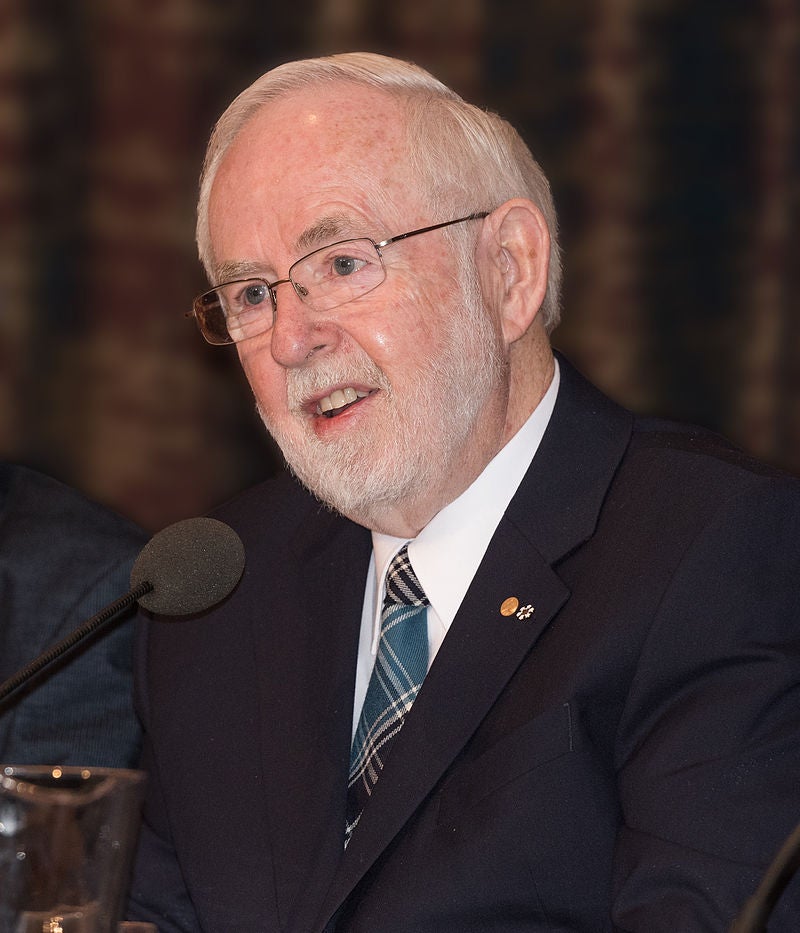 Happy Canada Day! In honor of our favorite nation of hockey players, poutine-eaters, and syrup swiggers, we’re spotlighting eight Canadian scientists who’ve made big impacts in their fields and in the world. Canada has a huge number of people in the sciences, so we’re barely scratching the surface. Who would you include on your list?

Roger Tomlinson invented the GIS, Geographic Information Systems, the system for visualizing data on maps. Sure, data’s been put on maps before, like John Snow’s famous data visualization about cholera outbreaks in London. But Tomlinson took the field a vast leap forward while mapping plots of arable land for the Canada Land Inventory in the 60s. GIS lets you search through and cut up the data, helping researchers solve problems that maps or data alone might not do. His invention has come a long way and is used by city planners and data visualizers around the world.

Lap-Chee Tsui is a Hong Kong-born Canadian researcher whose team identified the gene behind cystic fibrosis. CF is a genetic disease that causes some bodily fluids like sweat and mucus to thicken and clog airways; sufferers only live into their 20s and 30s, though some make it to their 40s or 50s, according to the Mayo Clinic website. Tsui’s team found that a certain gene looked different in CF sufferers than in those without it. Those with cystic fibrosis have two copies of the broken gene, while those without have either one or no copies.

Kirsty Duncan is Canada’s first Minister of Science, a position created by the country’s Prime Minister Justin Trudeau. Before her appointment, she researched the 1918 Spanish Flu pandemic and served on the Intergovernmental Panel on Climate Change that won the 2007 Nobel Peace Prize alongside Al Gore. Her responsibilities in her Minister of Science position include ensuring science and climate impacts are considered in important decisions and to “examine options to strengthen the recognition of, and support for, fundamental research to support new discoveries,” according to her Mandate Letter from Trudeau.

Arthur B. McDonald shared the 2015 Nobel Prize in Physics for leading the Sudbury Neutrino Observatory team whose discovery demonstrated that neutrinos need to have mass. Neutrinos are tiny neutral particles, kind of like electrons but they don’t interact with electromagnetism. Neutrinos have three different identifiers or flavors, and the Sudbury Neutrino Observatory, combined with a Japanese team’s work, showed the little dudes changed flavors — a change that required the neutrinos have mass. The discovery yielded “crucial insights into the all but hidden world of neutrinos,” according to the Royal Swedish Academy of Sciences press release.

Frederick Banting was a medical practitioner who won the 1923 Nobel Prize in Medicine for finding a way to use insulin in people with diabetes. Before Banting came along, people had figured out that diabetes was probably an issue with how the pancreas secreted insulin, but couldn’t figure out a way to give insulin to the patients. Some researchers had even tried feeding fresh pancreas to patients (which didn’t work), according to Banting’s biography on the Nobel Prize website. He was able to apply past research and found that by tying off the pancreatic duct, cells that secreted insulin-destroying trypsin would die but the insulin would stick around. He used this method to extract insulin from dogs and calves, the primary method used to extract insulin until only recently.

Roberta Bondar was the first Canadian woman and first neurologist in space. Her research focused on whether astronauts’ dealing with the microgravity in space would result in their getting brain diseases like Parkinson’s or strokes back on Earth, according to the biography on her website. The Canadian Space Agency tapped Bondar in 1983 and she spent eight days aboard the Discovery shuttle in 1992, where she performed experiments in the Spacelab. Back on Earth, she spent over a decade heading a NASA space medicine research team.

David Suzuki is a science broadcaster and was the host of CBC Television’s science program The Nature of Things as well as other Canadian science radio and television shows. He cofounded the David Suzuki foundation, an environmental justice and climate research non-profit that works on research, education, and policy, according to its website. He was chosen by CBC viewers as one of the top 10 greatest Canadians of all time.

You definitely know who Alexander Graham Bell is; he invented the telephone. But you might not have known that he spent a chunk of his time in Canada. Scottish-born Bell moved to Canada in 1870 after his brothers died of tuberculosis, according to Canada’s Walk of Fame website. Today, the Melville House in Brantford, Ontario where Bell lived and worked on his telephone is a National Historic Site of Canada, as is his property in Braddock, Nova Scotia where he worked on a world marine speed record-breaking hydrofoil boat.