How to season a cast iron pan

You season and reseason for a reason. 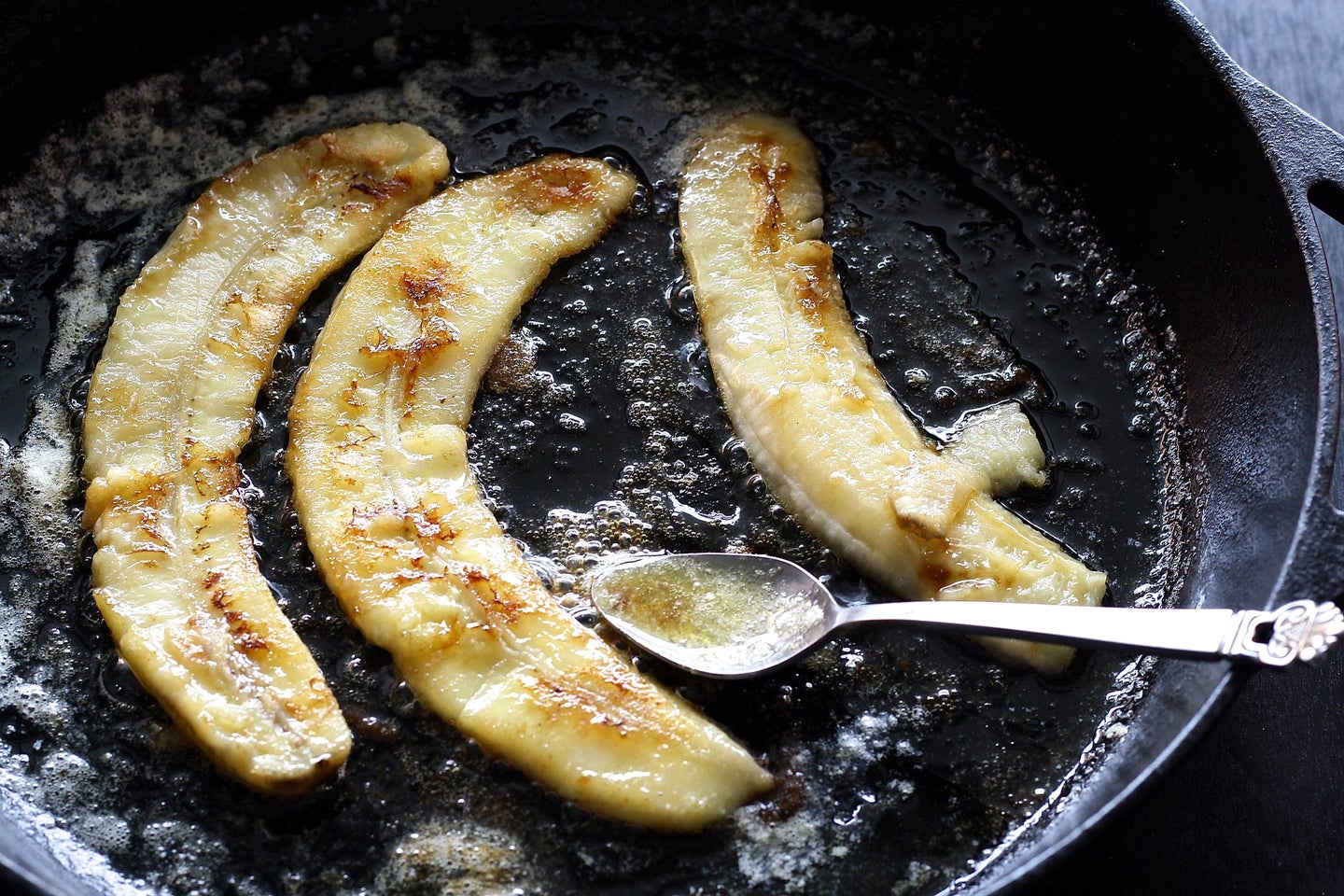 Cast iron is strange mixture of incredibly durable and unusually delicate—especially for a cooking implement. The metal is physically sturdy, but also highly reactive, which means even a droplet of water sitting in your cast iron pan can leave a rust spot. To protect that nice black surface, you must coat it with a thin layer of hardened oil, a process called seasoning.

Seasoning cast iron is actually pretty simple: oil the inside of the cooking surface and then heat it until the fat polymerizes, repeating the process to build up a protective layer. Polymerized oil is more like a plastic than a fat, which makes it hard and resistant to sticking. By heating the whole pan to a high enough temperature, you permanently bond the oil to the raw iron. In this form, it protects the metal from air and food.

Modern pans, unlike the vintage stuff, almost always come pre-seasoned. That’s a huge convenience, but it also means most people don’t have to learn how to season their cast iron up front. So when the surface erodes away, they don’t know how to re-season. To reseason cast iron, you basically do what the pros did in the first place: build up layers of polymerized fat.

Luckily, this process is pretty easy. And once you reseason it, the pan will be almost literally as good as new. But you do have to follow a few steps first.

Step 1: Wash out the pan

You may have heard that you should never ever use soap on cast iron. That’s not entirely true—a well-seasoned skillet has enough of a coating that a little surfactant won’t hurt it. Still, in general, plain water is the way to go—unless you’re about to reseason cast iron.

In this case, you want to get rid of any little food particles and bits of rust on the surface before you season, so you can create the smoothest possible coating. That means you should use soap. If your pan is rusted out, take some steel wool to it and scrub that red color off. Really go for it, and feel free to scour the outside of the pan as well—it can’t hurt.

Dry the skillet with a paper towel, and if you want to be really thorough, pop it on the stove over low heat to evaporate any residual water molecules. Again, you’ll want to create a smooth layer of oil, and any lingering water droplets will interrupt that process.

Step 3: Rub your pan with oil

The best oil to season cast iron is generally considered to be canola oil. Vegetable oil and corn oil both work fine, too. Technically, any oil or fat should do the trick, but the aforementioned are better than others because they can get pretty hot before they start smoking. You’re going to heat your pan to over 400°F, so any fat with a low smoke point will fill your oven (and house) with haze. Solid fats like shortening also have high smoke points, but they’re harder to smear over the pan in a thin, even layer, so you should stick to liquids.

Smear the oil on the metal with a paper towel, keeping in mind that you only need a patina of fat. Make sure to coat the whole surface, inside and out. Rub it all in until it no longer looks greasy. If you leave too much fat on the cast iron, it’ll form pools, and you’ll end up with hardened droplets of polymerized oil in your pan.

Step 4: Heat the whole pan in the oven

Next, you need to expose the whole pan to a nice even heat, so you can’t just plop it on a stovetop. Put it in a 450°F oven, upside down, with another pan beneath it in case it drips (you don’t want that oil on the bottom of your oven). Leave it for half an hour.

At this point, some experts advise you to turn off the oven and leave the pan in there to cool. Others suggest repeating the oiling and heating process a few more times—three or four, in total—to bake on a really solid layer of fat. The latter method works better, especially if you’ve really wrecked your pan.

So protect your hands with oven mitts, take the pan out, and rub a bit more oil into the iron. Pop it back in the oven for 30 minutes. Repeat.

With a thick layer of seasoning on top, your pan should now be pretty resilient. To keep it that way, avoid leaving water in the pan and cooking acidic food.

Don’t leave your pan to soak. Ever. In principle, the seasoning should prevent water from getting to the iron, but you’ll never get a perfect layer—somewhere on the surface, there’s a hole big enough to let some water in. Then you’ll get rust. It’s easy to prevent this: Just don’t leave water in the pan.